How do you feel about English rosé?

It’s been a while since I posted about a specific wine from Rothley Wine Estate. As some of you will know, I have been volunteering there for some time – helping with every element of caring for the vines and making the wines. In fact, it was recently my three year anniversary at Rothley Wine! I went there originally to write a blog post – this one in fact – and as anyone who has done one of my wine tastings will know, I basically haven’t left since.

What better way to understand the mechanics of wine than to volunteer at a vineyard? One of the real privileges has been hosting the wine tasting element of the Rothley Wine public tour and tastings for just over a year now. I get to meet some absolutely fantastic people. Some are hyperlocal – Rothley residents. Some have travelled great distances to come and find out more about Liz’s wines. All have proved to be singularly fascinated by the vineyard and what Liz does there and it is my great pleasure to introduce them to wine tasting and to her wines. 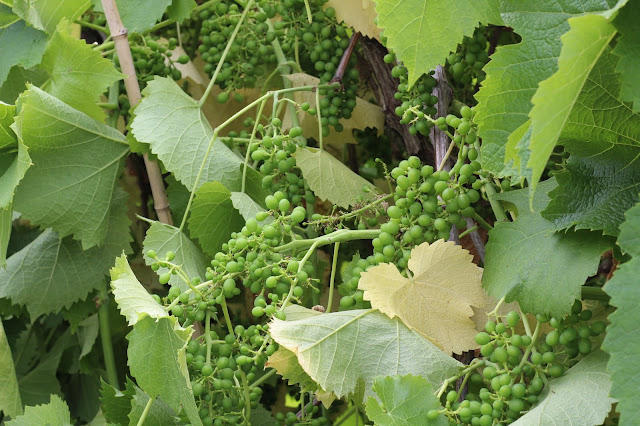 So why this post, and why now? Well, at last month’s tastings we introduced the 2017 vintage for the first time. King Richard, the white composed of Siegerrebe and Solaris has been the best selling wine for at least three years now. However, it really struck me what a rousing reception the 2017 rosé, Battle Royal received at our tastings. It literally outsold the other wines 4 to 1.

Now I spend a lot of time telling people about vintage variation at this little boutique vineyard. That is to say that every year we make wines using the same grapes in roughly the same proportion, yet they come out tasting incredibly different. Don’t get me wrong, the 2015 Battle Royal has been popular. I’ve called it the “non-rosé drinkers rosé” or “the grown up rosé” because of its dry, savoury character. It also has an interesting complexity that has arisen as it has aged in the bottle (I know, that should be wrong, but I have a feeling that English whites and rosés, well the good ones anyway, may gain interesting character when they age and lose their initial fresh fruitiness. But that’s probably a future blog post).

And everyone gets it, and loves the idea that their little local vineyard is producing exciting, interesting and varied wines each year. But people are really going mad for Battle Royal 2017. And of course, there isn’t a lot of it. So I’m taking the time to write about it while I have it in front of me.

My biggest regret is not blogging about all of Liz’s wines methodically, every year. I could make notes now, from memory, because the broad brush strokes are still not quite dry in my mind. But I didn’t write in detail when they were new, and revisit those notes later on. I know Spirit of Freedom 2013 isn’t the same as when I first tasted it, and I know it’s better now, but it can be quite difficult to articulate why.

So perhaps this post is more an aide memoire than anything. And so you’re all welcome to move along. But if you read it quick enough, it might give you enough time to grab a bottle of this lovely little wine before it’s too late.

A light, to medium light aroma with intriguing hints of red fruit, not quite ready to reveal it’s true character, balanced against a subtle leafy note. The lightness of the aroma makes it quite difficult to put your finger on what you are smelling, but there is a subtle background note of red stone fruit – cherry perhaps – with a noticeable absence of sweetness that makes you want to explore further. 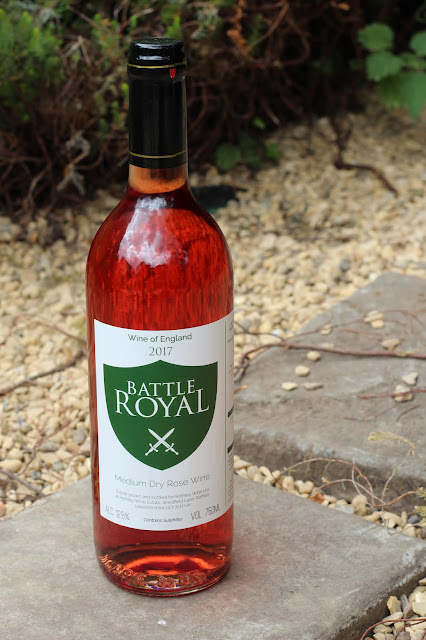 This is an off dry to medium wine with a medium plus to high acidity and medium alcohol. It has a moderate body for an English rosé and a pronounced flavour profile. What makes it really interesting for me is this fruity punchiness – this fresh vibrancy. What I also love is that it hits your palate with fruit characters that I don’t often identify in wines (which could well be my own failing) – cranberry, pomegranate, and there’s that cherry again. A hint of strawberry, a hint of the strawberry patch itself.

All of this is wrapped up in a refined package where the fruit is the star. I’m inclined to say a dash of white pepper comes through on the finish.

For me, the balance of sweetness and acidity is not quite there yet – there is something on the finish that gives a hint of immaturity and knowing Liz’s previous wines deeply I know will mellow.I think the sweetness is too much, too young at the moment and I am confident that 6 months more is all it will need to make the finish as pleasant as the wine is in the mouth. But that is barely a criticism, merely an observation of how this small batch boutique wine will progress in the bottle. We Leicestershire folk sure are lucky to have this on our doorstep.

My book – 50 Years of CAMRA – available to order now