We were invited to the new menu launch at Boneyard Leicester recently and were delighted to accept. Boneyard has been open in the city for a year and a half now, although it feels like it’s been around for much longer as it’s such an established part of Leicester’s food scene. Their Asian American fast food menu is a pretty unique offering in the city and with their new gin & fizz bar they are only adding to a dining experience that is live and loud! 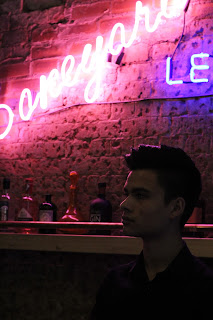 We were treated to a cocktail masterclass when we arrived – a new part of their offering which can be wrapped up with private hire and party nights. Whether there are two of you, all the way up to 40, their bar area can accommodate you for a fun masterclass. We really enjoyed the energy and bouncy attitude of the masterclass leader. Once our Gin Coolers were muddled and shaken and mangled, we took our seats to check out some of the new menu items. 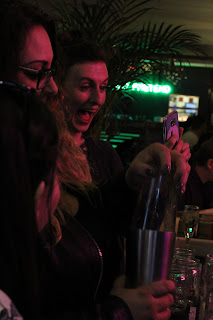 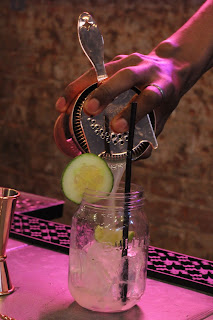 We were seated in the bustling restaurant, with fast paced service and bangin’ choons. I opted for the lamb burger, which was massive like pretty much everything on their menu! All of their meat comes from local butchers and the veg is from Leicester market, so I give two thumbs up to this independent being so vocally in support of their local producer network! 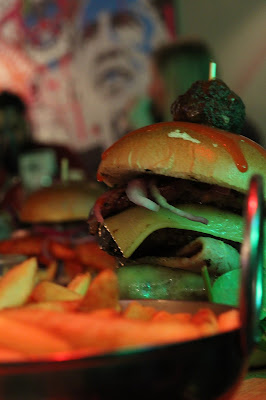 Sadly, I found the burger a little dry, which seemed a shame for their signature dish – but there was plenty of slaw and sauces on it to make up for this, and I particularly enjoyed the addition of baby spinach. The skin on fries served alongside it were absolutely spot on, really liked those. 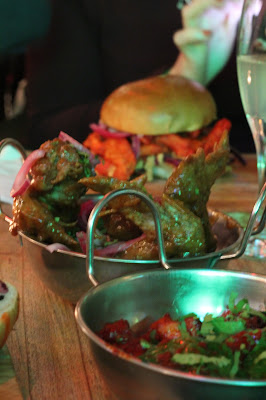 The Boy opted for a couple of dishes from the street food menu – chicken wings (as usual) and paneer. The Boneyard Paneer is served in a lightly spiced tomato sauce, and for my money is by far the best thing on the menu (I’ve had a few conversations with other people who have visited recently since we went along and they agree!) 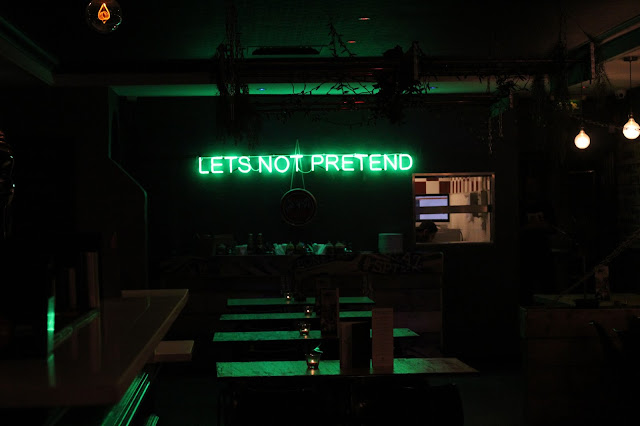 So, I think it’s safe to say I’d happily recommend a trip to the Boneyard. They are a larger than life independent with a unique food offering and a combination of flavours that you won’t find elsewhere. The addition of a bar area means that they can accommodate a much wider range of celebration events and trust me, you will not go home hungry!

Thanks to Boneyard for their hospitality!