I pottered across to the newly christened Morningside Arena a couple of weeks ago to catch up with Leicester Rider‘s captain Tyler Bernardini. He was fresh from a victory over the Rider’s key rivals, the Newcastle Eagles, that day in what has now turned out to be another winning season for the basketball team. This is the third year that the Riders have won the BBL League and hopes are still high that they might achieve the treble again.

Tell me a little about your background?

I grew up in Southern California. I went to high school in San Diego and then went to business school at the University of Pennsylvania in Philedelphia. I played basketball there at Division 1 level, the top level in College Basketball in America. I had a nice career there, had a lot of fun and won a lot of games. It really helped developed my skill and my passion for what I wanted to do. 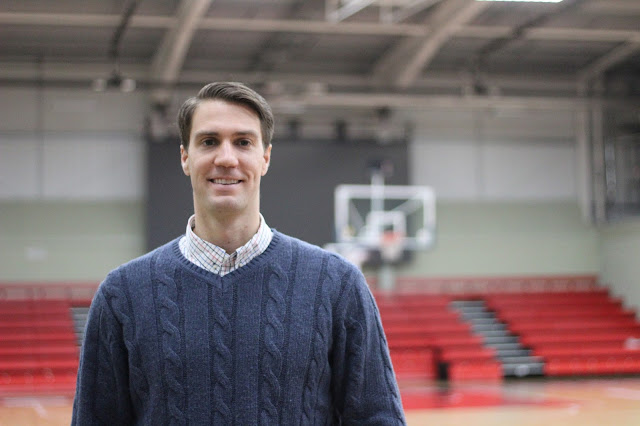 Then I went to play professionally in Italy. After that I took a little bit of time off, started some businesses in San Diego. I ran a property leasing business for a private school to help monetise their facilites outside of school hours, and I also ran a basketball academy where we did skill development, strengthening and conditioning, leadership skills and all of those kind of things that encompass what it means to be an athlete at the next level. Then I got the call to come back to professional sport – not only play here at the Riders, but also to get my Master’s degree at Loughborough University in International Management.

Since finishing my Master’s I have continued my playing career and also I work in the front office here and oversee the sales for the club. This is my fourth season here. I guess I have quite a comprehensive occupation here at the Riders now! It’s different from everybody else, but it’s a lot more fun. A lot more busy as well though, it definitely keeps me occupied. 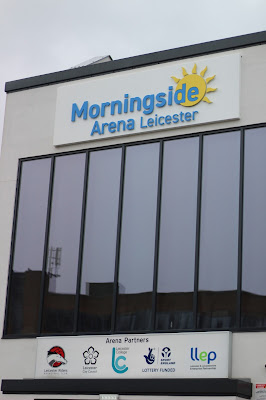 When was your original interest in basketball sparked?

I really can’t remember life without sports in general. From a young age I played American Football, basketball, I swam, played water polo – I did everything! As I got older, I grew and my athleticism fit with basketball being a sport that I thought I could really excel at. Swimming was probably the thing I was best at, but I got a bit bored of it and so basketball fit and I haven’t looked back since.

I’m interested to hear that you got your Masters through the Riders, can you tell me more?

Some of the guys are full time pro, s they play full time. Some of the guys decide that they want to further their academic career and they have that opportunity because of the relationship between the Riders and Loughborough University. It’s an incredible opportunity for us players and it’s one of the key relationships for the club to offer for not only athletes but aspiring individuals generally the opportunity to further their education – it adds a lot of value.


It was really important for me that I found the right place to come and because of the relationship between the Riders and Loughborough this was the right place for me. I think that other clubs are starting to see how successful it’s been for us and now this kind of relationship is being replicated by some other UK clubs. Where basketball is in the UK the wage bill is not what it is for football or rugby. So to attract players who might be able to earn more at other places, this offer differentiates the compensation package. The opportunity to study for a Master’s degree is a really attractive offer and has really suited the club well for our development.

The other thing too is that it helps us to get the players who are the right fit. When you have guys that study for a Masters, those guys aren’t going to be knuckleheads. They aren’t going to be doing things they shouldn’t be doing on Friday and Saturday nights. When you get a guy that you know is serious about basketball, he’s generally going to be serious about other things. If he’s keen to put in the time on a Masters you know this is a guy that’s going to work hard. You say to yourself there’s a certain amount of work ethic here, this might be the right guy for us.

You are  involved with charitable work too?

I work with Hope Against Cancer and I work with Alex’s Wish, which is a local charity fighting against Deuchennes Disease. I am really excited to be able to provide increased awareness for them and to shine a light on the incredible work that both of those charities are doing.

Alex and Emma [at Alex’s Wish] are incredible. What they are able to do with that charity, the profile that they have given the small size – just the two people running it all – is amazing. As an athlete, you have a short period of time where there is a platform, where people care about what you have to say, they want to listen to you or they want to interact with you. When you have that it’s important to use it I think for the right kinds of things. People aren’t all on the same level, whether that’s because of health, mental or physical, whatever difference it might be. And it’s important when there are opportunities to improve other people’s lives that you do what you can to help. And so if that’s sending tweets out, if it’s getting people down and raising money, whatever it is that I can do, I keenly try to do the little part that I get to play to help.

What prior knowledge did you have of BBL (the British Basketball League) before you came to Leicester?

Nothing! Before coming here I didn’t know really much at all about it. One of my College Assistant Coaches played in the BBL in the early 90s, but other than that I didn’t know about it. Since being here, the standard of basketball has proved higher than I would have expected as an external person looking in.

British basketball has a reputation, maybe because of the international level, but when you come and play in this league the standard is high. We’ve gone and played teams in Sweden and Belgium which are leagues that have more global recognition and we’ve gone and beat some of the best teams in those leagues. So the standard that we’re playing at here in Leicester is really high. 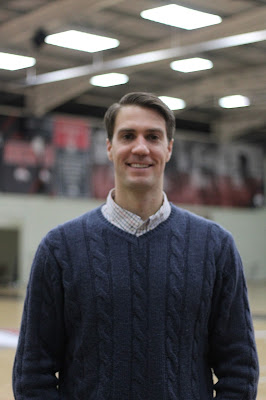 We did! I thought it was a great, great night of sport. We’ve shared the league titles with them now for seven years I think. It’s two teams with rich histories, neither want to lose – and it was a battle of will. We’re both down guys, they have guys away in the Commonwealth and people that are hurt and we have people away at the Commonwealth as well so neither of us were playing at full strength. It was really about who wants to win that game that night – and they were really good! There were loads of opportunities for them to have won that game, but fortunately it worked out for us but a lot of credit has to go to them and their effort and their skill level last night to make it such a good game.

The Riders continue to ride high* then?

Yeah, it’s been one of those years where we’ve had different guys step up a lot throughout the game, we haven’t had one consistent person leading scoring every time… We’ve had loads of guys injured and be down bodies and so we’ve had to find ways just to get it done and win. That’s what this team’s all about – finding a way to win and whatever it takes we’ve just gotta get it done. We’ve been able to do that night in and night out and I’m just so proud of this group. I’m proud to be a part of it and be team mates with these guys who are just really really good people and it’s fun that we get to celebrate and share in the success.

I really really love Leicester. Since we moved here in 2014, my wife and I have really felt at home. We came here with our dog from America – it’s an Old English Sheepdog crossed with a poodle so maybe it was a sign that we were always going to end up here!

We’re always out in the woods. The Outwoods, Beacon Hill, Bradgate Park, Swithland Woods. We’re all over the place doing the country parks and we love it. From that standpoint the pubs and the culture here in Leicester have been great for us. It’s a family atmosphere. We go to the cinema, pubs and we have all of our friends in the different villages. Everywhere we go everyone’s just so friendly and nice and we really enjoy our time here in Leicester.

* cringe – yes I did say that to Tyler Bernadini