Beer lovers have been delighted to welcome The Head of Steam to Leicester this month. They kindly invited me along to their press launch so I could see for myself what it’s all about. 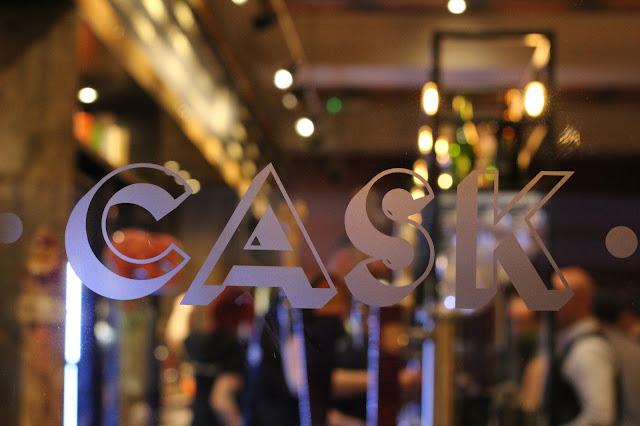 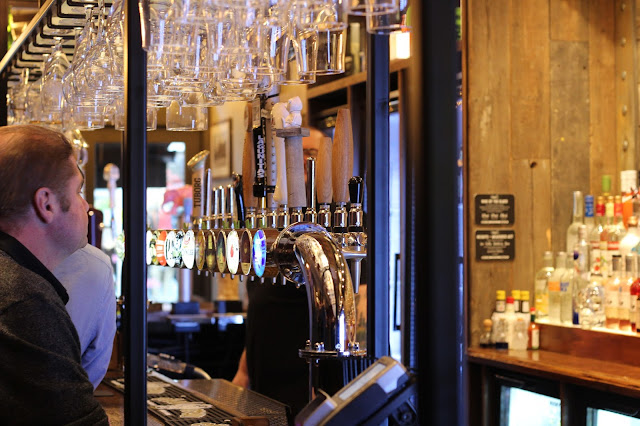 The Head of Steam chain started in 1995 and was bought out by Cameron’s Brewery in 2013. This year is seeing a meteoric expansion in the Midlands, with a Nottingham venue opening shortly before the new Leicester venue and a Head of Steam in Birmingham set to open in the next month. 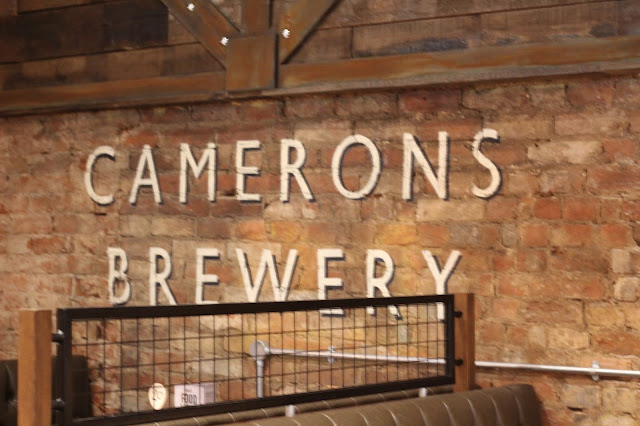 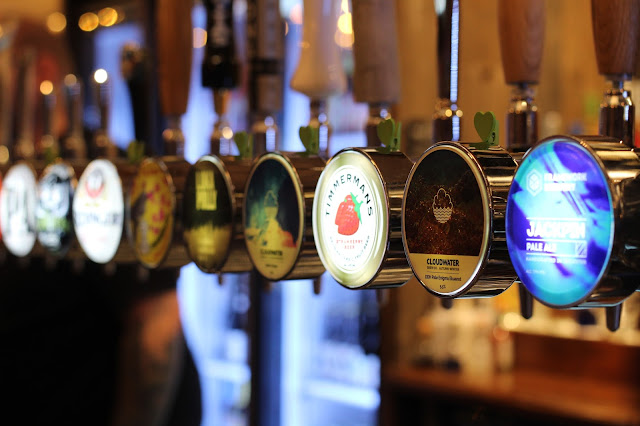 They pride themselves on their beer offering and it’s not hard to see why. They have an enviable selection of cask, keg, bottle and canned beers – you really will be spoiled for choice. This includes local breweries, big name favourites like Cloudwater as well as an impressive number of world beers which are detailed in a hefty menu. Everything I sampled was well kept and in good condition, although I think there will be a bit of a lag while the staff get up to speed with everything on offer and how to serve it correctly. Teething troubles though and nothing more I would think. 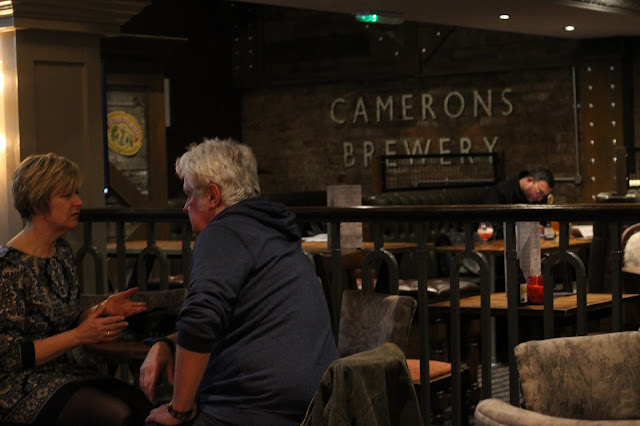 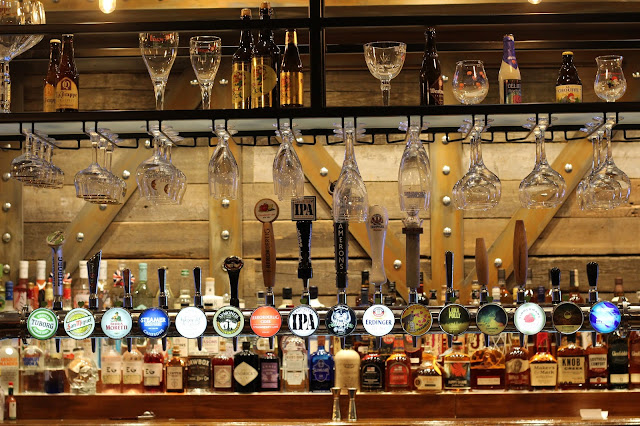 The venue itself, on Market Street nearby the new Distillery, has always been impressive but the redecoration that has taken place really shows it to its best. Of course the beer bottle chandeliers in the high ceiling will be the focal point for most and speak of the million+ price tag that I heard being bandied around in relation to the retrofit. Given this, I found the generous use of oversized vinyl graphics stuck to floors and ceilings a little incongruous. Often blurry and pixellated they didn’t add to the ambience for me, but rather looked like an homage to 90s TV show Knightmare… I think the areas of simple wood and metal decor are far more effective and suit the feel of the pub more. 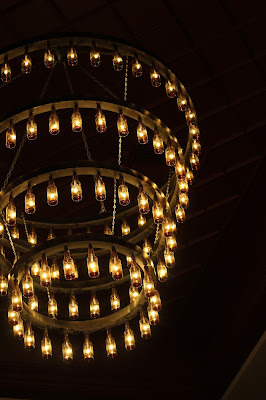 As well as beer there is plenty more going on. A well stocked back bar gives punters the opportunity to try a range of cocktails (some made with beer of course) and there is also a generously sized menu. All of this choice along with the decor makes me a little confused about what the Head of Steam is trying to be – pub, bar, restaurant, or something else? It does sadden me a little that more of these chains are opening up which have less individual character and could certainly not be described as traditional pubs. While the range on offer is certainly impressive, I still feel that 9 times out of 10 I will still be choosing our smaller local pubs and micropubs which are independent, with an admittedly smaller selection of beer but with more character and a more traditional feel. Maybe I’m old fashioned about my pubs. 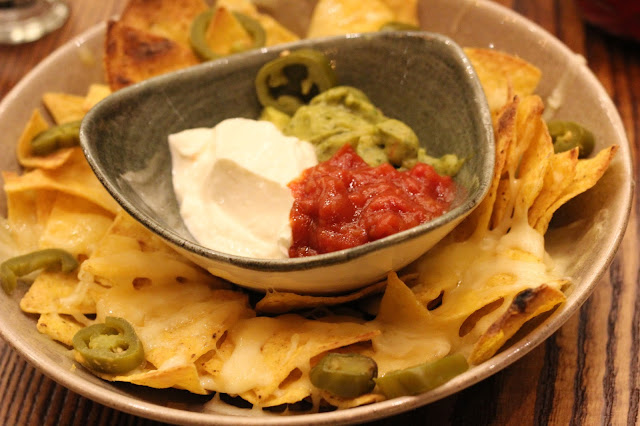 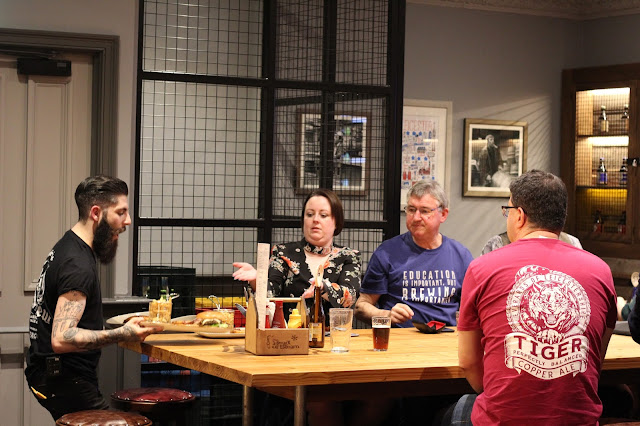 We dined early and the food was fine. Our starters of calamari and chorizo were perfectly well cooked and the chorizo particularly was full of flavour and a good portion size. I think the four mammoth calamari rings were slightly bizarre, but would certainly act as a decent snack along with a pint. The menu also offers pairing advice for choosing beer to match your dish which is a nice touch. 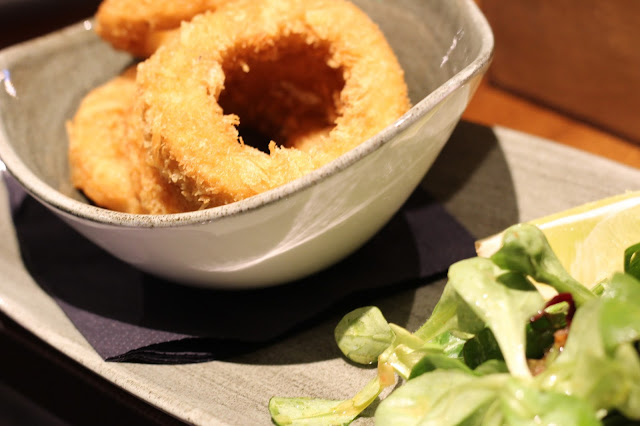 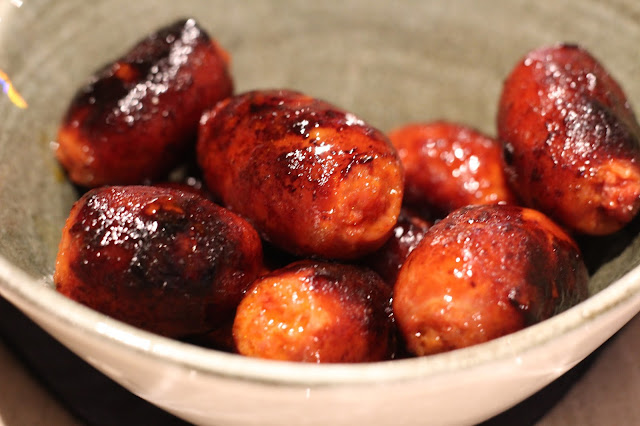 The beef bourguignon I ordered for a main was homely and satisfying, but sadly The Boy’s steak was more in the medium-well department than rare as ordered. Again, I think that this is probably just a beginner’s error. As with the beer menu, I felt that everything was OK, but that the price tag was just a fraction high on everything with regards to the quality – a hint of the products all being overvalued by the chain, which is perhaps understandable given the considerable investment that has been poured into the bar. 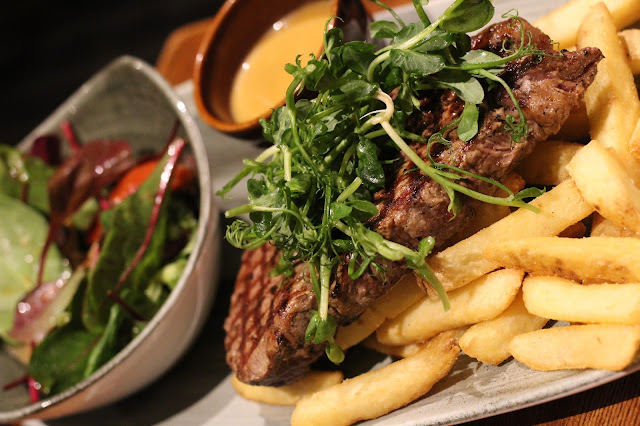 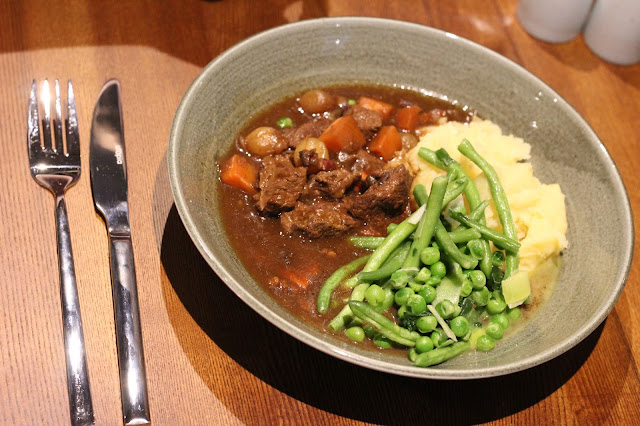 However, all that said, it’s a great addition to the city. A fantastic selection of beers that will hopefully entice some new people to get involved with beer. A dog friendly and comfortable venue with friendly staff and lots of space. Plenty of choice of things to eat, and plenty of alternatives if beer’s not your thing. I’d definitely recommend everyone try it once and see what you think. I don’t suppose I will find myself in there particularly regularly, but I will certainly be an occasional visitor to see what’s new on the bar for me to try. 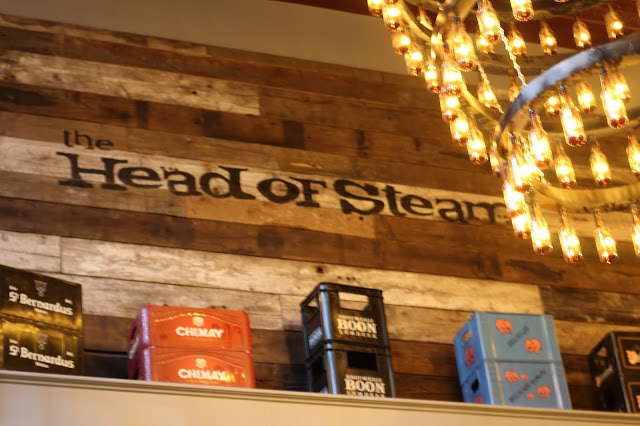 Thanks to the Head of Steam for inviting us along to the press night – I’m very grateful for the invitation and your generosity in keeping us fed and watered. 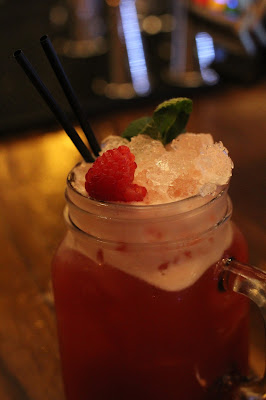 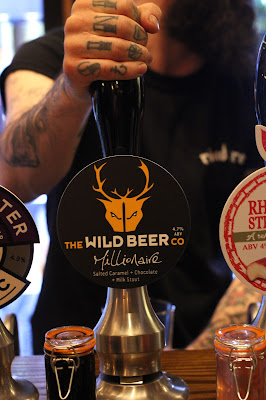 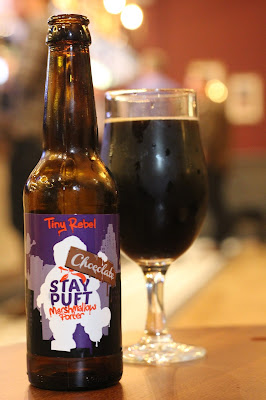 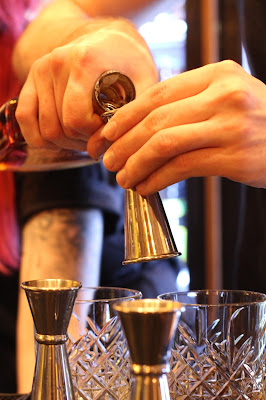