We were invited along to test out the Club 1967 offer at Leicester Riders this week. Luckily for us this was during the game where the Riders lifted the BBL trophy for the third successive season. 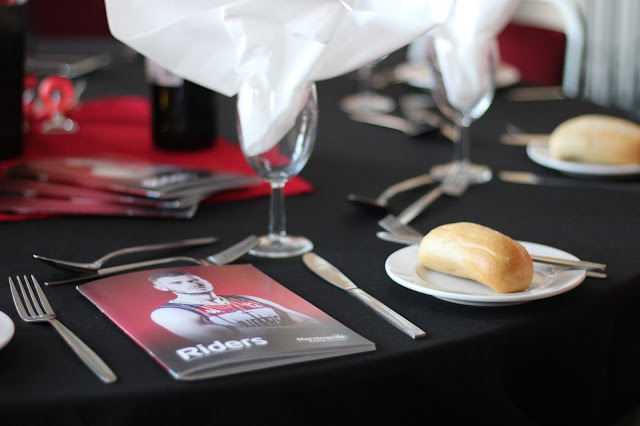 On a stiflingly hot day, we came to the Morningside Arena and were seated at our table in the first floor suite. The space is a flexible one with many daytime and night time uses and the red carpet was out for honoured guests and sponsors, with table carefully set for dinner. 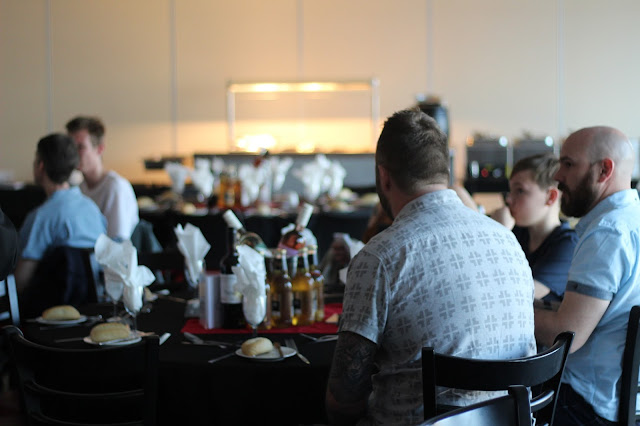 The main issue we experienced was that there were very low staffing levels in the suite which meant that service was extremely slow if you wanted a drink or had a question. However the staff that were available were all very personable and helpful and were doing their best despite the heat! It was a convivial, family friendly atmosphere pre-game with everyone enjoying a drink and a chat in anticipation of the game ahead. 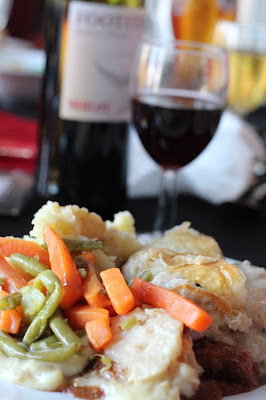 We were treated to a two course buffet along with an introduction to the game that we were about to see. The food was a hot meal, presented self service. That evening there were a selection of pies, which made excellent sporting event fare, but perhaps a little on the heavy side given the weather. There were a good selection of vegetables to accompany the beef or chicken pie, along with vegetarian and vegan options and healthy dollops of mash or freshly made wedges to go with your dish. I found the chicken pie to be very flavourful and moist and the pastry topping was nice and  crisp despite its time under the heat lamp staying warm. 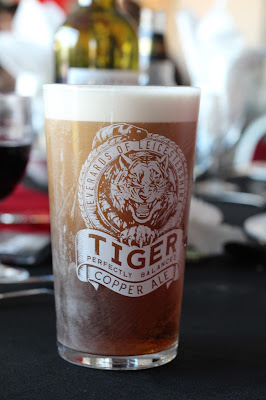 It would be rude not to partake in a pint of Everards Tiger too, since they are one of the Riders’ key sponsors. After a choice of fresh berry cheesecake or crumble, the guests dispersed – making their way down to their seats in the arena in anticipation of the tip off. 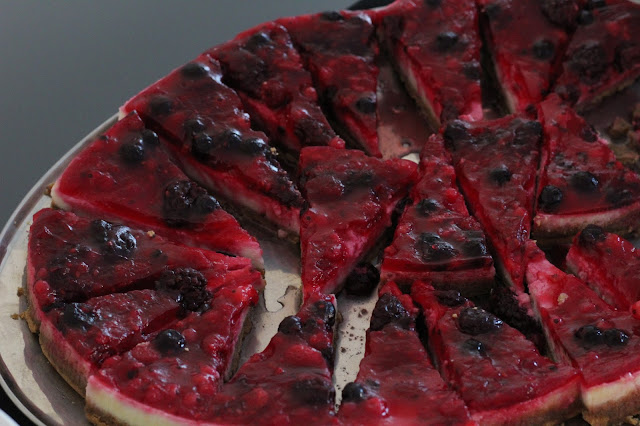 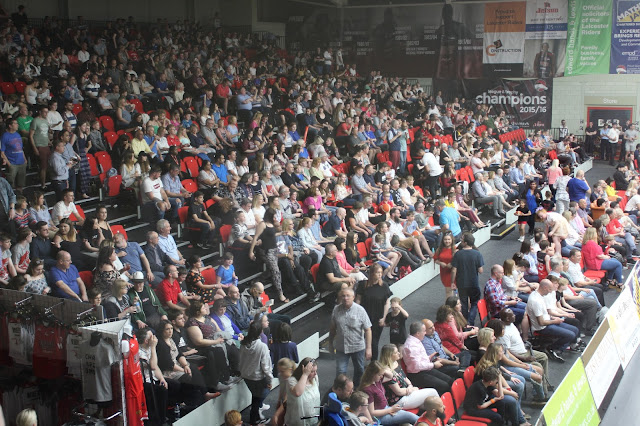 It was another four quarters of fast paced basketball action as the Leicester Riders took on the London Lions. Sadly captain Tyler Bernadini was not able to lead his team to victory on this occasion, with the Riders losing 81-95 to their strong opposition, in a game that was filled with thrills and the odd bit of over-exuberance from the Lions (imho!) 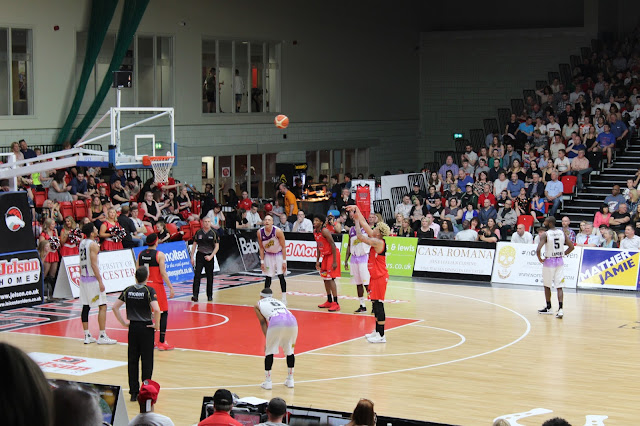 It mattered little though as at the end of the game we had the honour of watching the team lift the BBL league trophy for their third successive league win. As ever, the Riders fans were in strong spirits and strong voice, making a trip to watch the Riders play a really entertaining evening out for all ages, but being particularly special on this occasion, watching each member of the team getting the recognition they so richly deserved. 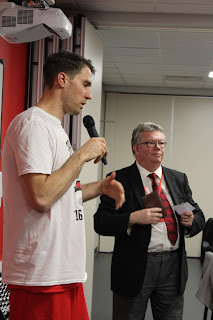 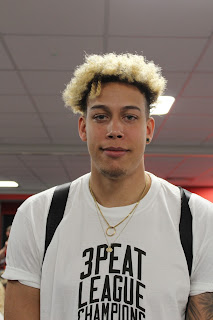 After the game, it was back upstairs for cheese & biscuits, a spot of post match analysis from the Captain, and the chance to see the trophy, proudly brought in by ace coach Rob Patenostro. All in all, a trip to the 1967 Club is a great night out and very family friendly, but even if you don’t fancy splashing out on being wined and dined but just want to get stuck in with watching the game I would highly suggest heading on down to the Morningside Arena. It’s the last home game of the season tomorrow against the Surrey Scorchers. I will be there and am very much hoping to see the Riders take victory – and I’ll see you all down there for the 2018-19 season from September!!