Indian food on the go

Wrapchic is the Indian Burrito Company, which has 19 locations around the UK and continues to expand by the minute. There used to be an outlet on the DMU campus, but I expect that passed most of you by as it did me. However, a new one has opened up on Gallowtree Gate, right at one end near to the Visit Leicester Centre, and I was invited along to the launch day celebrations to find out more. 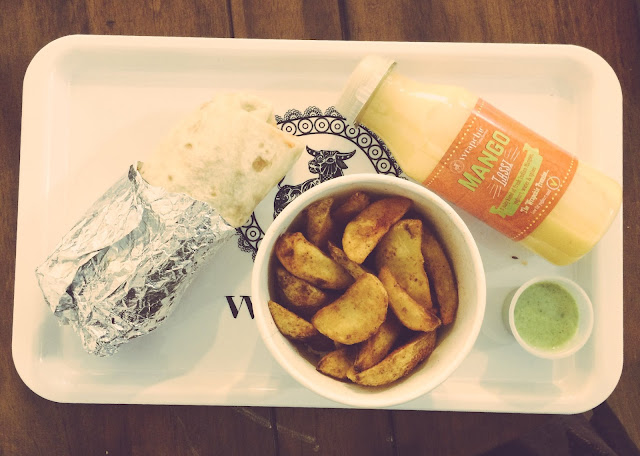 I was intrigued when I read about the concept, and it turned out the rest was too, as their initial promotion of the first 200 customers getting a burrito for £1 had sold out within the first hour! It was a bit quieter in the shop when I arrived, with a number of curious people popping their head through the doors into the light airy dining area to try and find out more for themselves and a few people being game enough to give this Indian food to go concept a whirl for themselves. 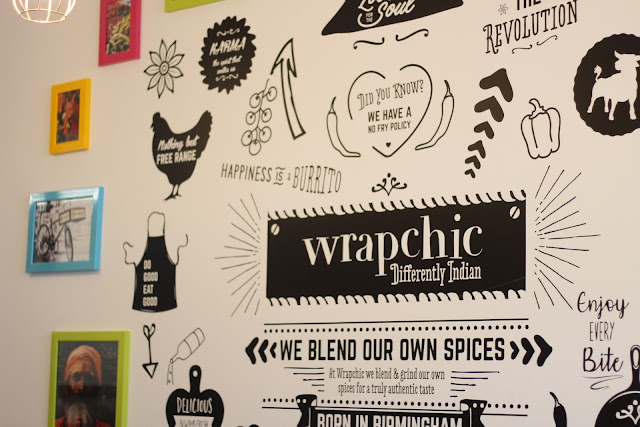 Basically it’s Indian food in the easy-to-eat format of Mexican street food – wraps, burritos, quesadillas, bowls and the like with an array of fillings inspired by the cuisine of different regions of the Indian subcontinent. The food is created by top Indian chefs in a central location and then shipped out to the stores for final preparation for service. At first this puzzled me a little, as the chain makes a virtue of this practice, while I would much prefer to know the chef was in the kitchen preparing my food to order, but I suppose that doesn’t make a fast food service model work. However, freshly prepared food in any format is definitely a step up from most of the fast food options we have available! 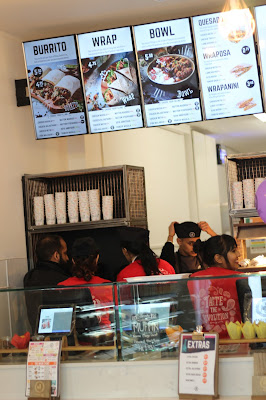 And Wrapchic are certainly setting themselves up against the myriad of takeaways, chicken shops and kebab houses that we already have in Leicester city centre. Their opening hours are 8am to 10pm Sunday to Thursday, and 8am until 4am on Friday and Saturday! So you can basically go there whenever you want. Not only is their model different from the standard grab and go, but they also have a no-fry policy, which I would suggest moves their food a little away from your standard Indian fare, particularly when it comes to breads like paratha. Although I suppose you don’t know how much fat is in the food already even if it isn’t cooked in it…

Speaking of paratha, to start the day there is a breakfast menu of mini wraps, quesadilla and filled paratha. I tried the lamb keema paratha and I have to say this was probably my favourite thing out of everything, right out of the traps. It seemed amazing that the paratha wasn’t fried as it was still really quite rich and decadent, with a beautiful flaky finish. The filling had just the right level of kick for me and I can certainly see this as a great breakfast offer. I did get down to the bottom of mine and realised that I’d accidentally squeezed half the filling into the foil by accident, but that probably speaks more about my lack of capacity as a normal human being than anything else. Teamed with a steaming cup of fragrant and aromatic masala chai, I think this would make a royally good breakfast.

The format of the mains is a similar one that most people are accustomed to from burrito houses – choose your format, choose your filling, choose your extras. There are a range of levels of spicy hotness available dependent on which filling you choose, and burritos, wraps and bowls are designed to suit a range of needs in terms of dietary requirements and how hungry you are! 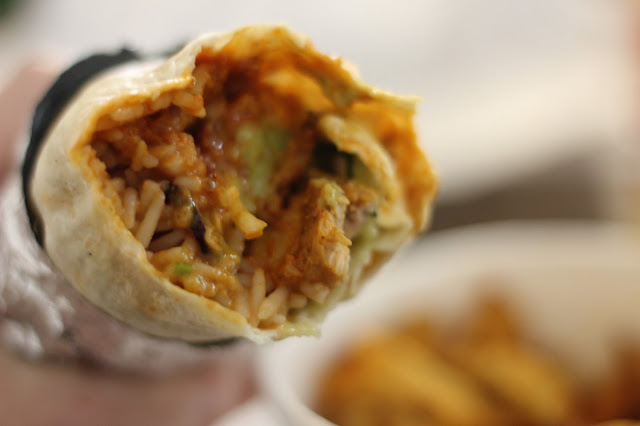 I found some of the extras a little confusing – there were predominantly Mexican accompaniments on offer like sour cream and guacamole, which I love, but don’t particularly make good bed fellows with fillings like paneer masala and chicken methi IMO. I also found that my burrito cooled far too quickly and was made far too wet to comfortably eat as an ‘on the go’ food with the addition of these elements, so perhaps that is one area for improvement. However, that said I tried a range of fillings and found that their spicing was on point, all distinct, interesting and spoke of the region their recipe reflected. 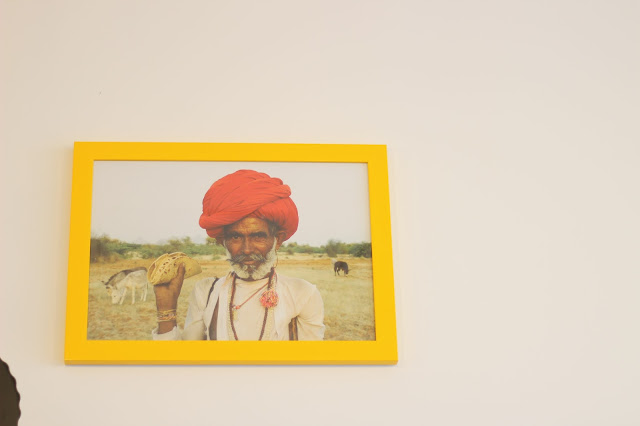 This commitment to authenticity in Indian cooking is reflected around the restaurant, in the photos and spices on the walls, as well as the Maharashtran art inspired logo of the iconic bull – of course relevant to Indian culture, but also reflective of Wrapchic’s own humble origins in Birmingham, in the shadow of the Bullring. 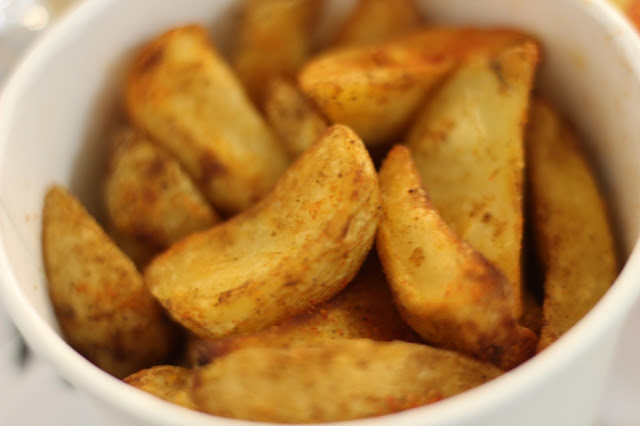 You can team any of these elements up with a range of sides. I liked their ‘Wrapchips’ which are a no-fry chip served with a sprinkling of spice which makes them really quite more-ish. They still have a pleasant crunch and soft centre in the mouth despite not having been fried. The Boy also enjoyed the Indian spicing of the chicken wings. 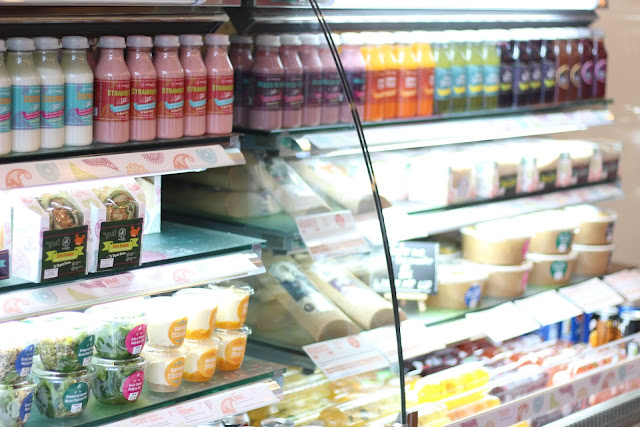 If you haven’t even got time for this fast food, Wrapchic have a chiller stocked to the gills with freshly made wraps, salads and even homemade ready meals. They offer a catering service which is centred around these elements, which would add something with a bit of additional interest to a buffet. I liked the freshness of the salads, with lots of great energy coming from grains like quinoa, and beautiful fresh vegetables being pepped up with the same style of saucing as the hot menu. As you would expect there are lots of vegan and vegetarian options available on both the hot and cold offerings. 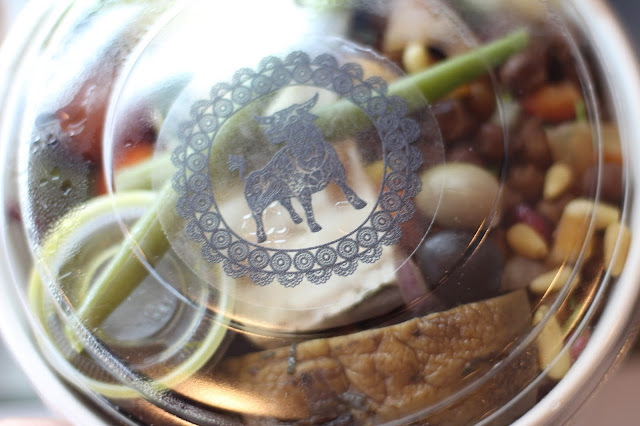 The ready meals were one thing I found lacking a little in inspiration, I suppose because you are kind of restricted just to the fillings and rice to be sure that it would travel and microwave well, but you can’t have everything. 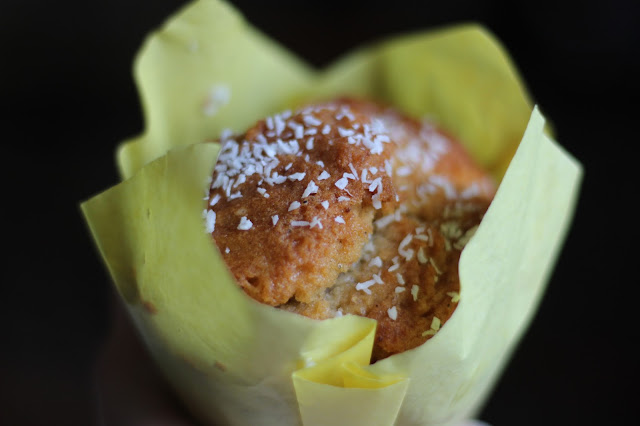 I washed it all down with a mango lassi and an extremely large korma muffin – spiced with a similar range of spices as the chai, cardamom and the like – which left me very full after my journey of exploration. The price point is around £2.75 to £5.50, so it’s not going to break the bank – it’s a very reasonable selection particularly as a breakfast or office lunch option in my opinion. I think that they do offer something different to the takeaway and grab and go options in the area, and the store itself is unpretentious and welcoming, so it takes on all the big boys like Pret and such. I can see this place becoming popular with young people out shopping on a Saturday as it’s affordable and comfortable to sit and chill in (although if I’m honest, the cushions on pallet wood could be fractionally more comfortable and the barrel tables could equally be fractionally more stable.)

Thanks to Wrapchic for inviting me along, explaining the concept and insisting I either try or takeaway just about everything on the menu. The paratha and the paneer masala were definitely my favourites and the things that I will be coming back for. 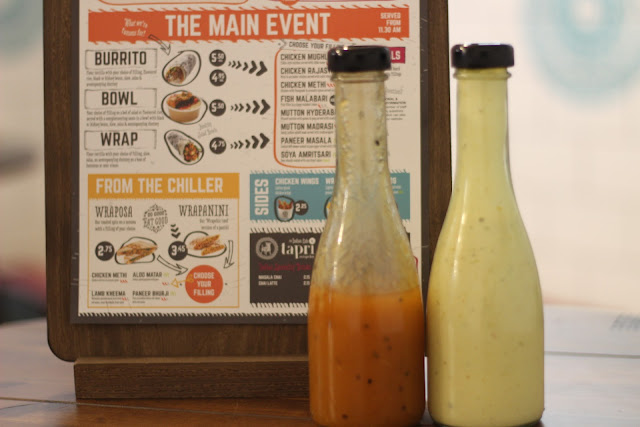