After 20 years of being at the mercy of the elements, and generations of vandals with nothing better to do but leave their mark on an historic building, Braunstone Hall has risen from the ashes with a new name and a new restaurant.

We were invited to the press launch of Black Iron at Winstanley House, named for the family who originally built it in 1775, and the £2m refurbishment has certainly brought back an impressive sense of grandeur to the building – with sympathetic contemporary builds used to connect originally disparate parts of the hall.

As well as a hotel with a grand ballroom, you can enjoy an elegant meal in the stately restaurant rooms. As the name suggests, Black Iron is a steakhouse, with limited choice for vegetarians on the main menu, unless you want courgette flan. However, we were given a special set menu choice for the evening and there were good vegetarian options at each course. We settled in to the comfortable dining room, although we were puzzled by a large booth which cut the dining area off from the rest of the space and seemed to be the one unsympathetic feature I saw in the whole restoration – we were off to one side of said booth and it basically cut off our view of one side of the historic room, which was a shame. 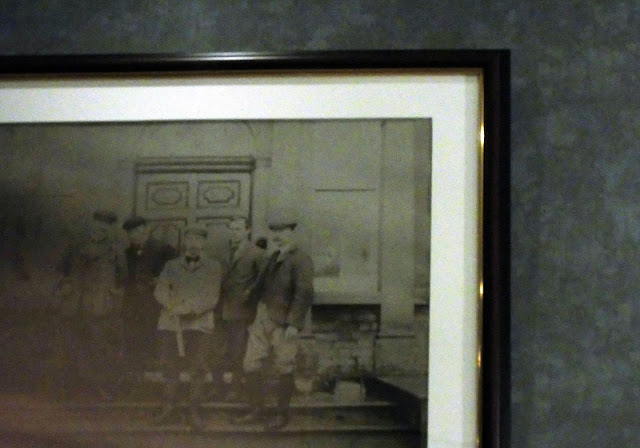 To start, I enjoyed the ginger pork cheeks. This was served with pickled fruit and vegetable slices on sourdough bread and was beautifully cooked. Melting, sticky pork with a rich flavour and thick juices soaking into the bread made for a lovely combination of flavours. It was beautifully presented too – they are really going for fine dining presentation which suits the setting, although the prices are not overtly high-end – certainly equal to what you would see in any chain restaurant. 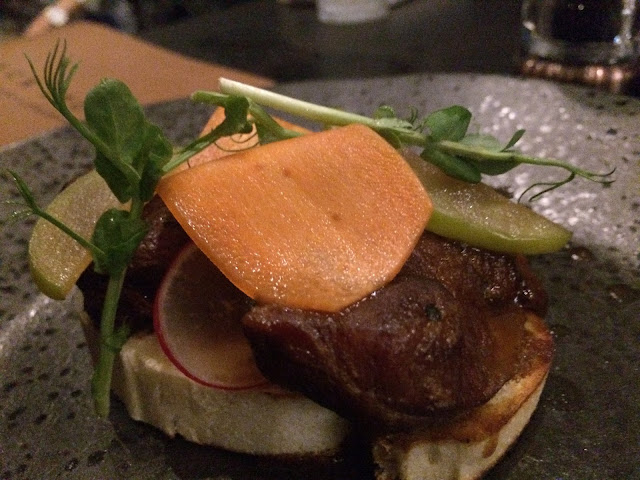 The Boy enjoyed the Earl Grey smoked mackerel, with a nice tea flavour coming through. Again the delicate presentation was noticeable and portion size was excellent, with the delicately piped avocado giving a great colour contrast. Thumbs up all round for the starters. 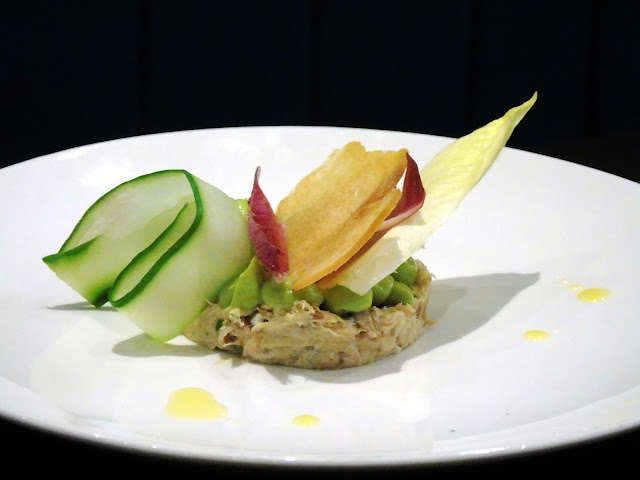 On to the main event, and of course I had to order the steak. My 280g Rib Eye steak was disappointingly cooked to medium (when I ordered rare) which impacted on the texture and flavour as you would expect, however you could tell that it was a good quality steak and it was still enjoyable. This was one of a couple of simple errors in cooking and service that we noticed on the night, but it was clear that the staff were generally very new and learning the ropes so I can definitely forgive it and not be put off visiting again. 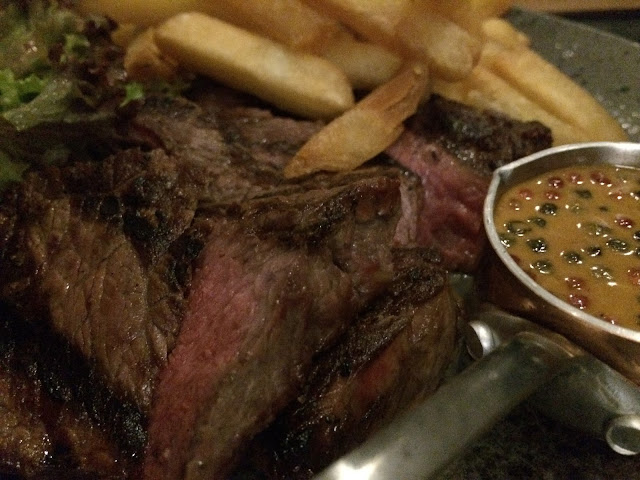 The dripping fries served with the steak were the real deal, with just the right balance of crisp and fluffiness, although I was disappointed that the bone marrow promised on the menu did not materialise. The peppercorn sauce, with its mix of black, green and pink peppercorns was a nice touch though, although the dish the plate was served on was cold, so the steak and the sauce lost their heat almost immediately. Sadly mixed reviews for me then on the main, but as I say it could well be teething problems. 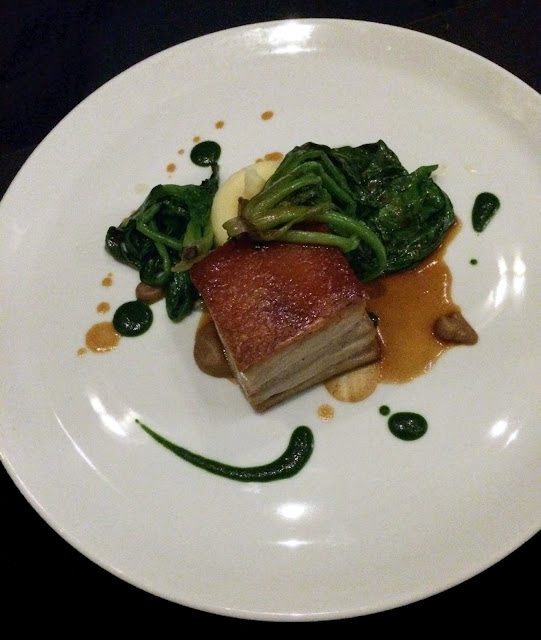 The Boy sampled the pork belly, and it was as crisp as you would hope in nice contrast to the creamy mash. There was not really enough sauce served with it – either the cider jus or the burnt apple puree – both of which were necessary with this big ole’ hunk of pork! So individually all the elements were right, but perhaps the jus could have been served in larger quantity on the side. 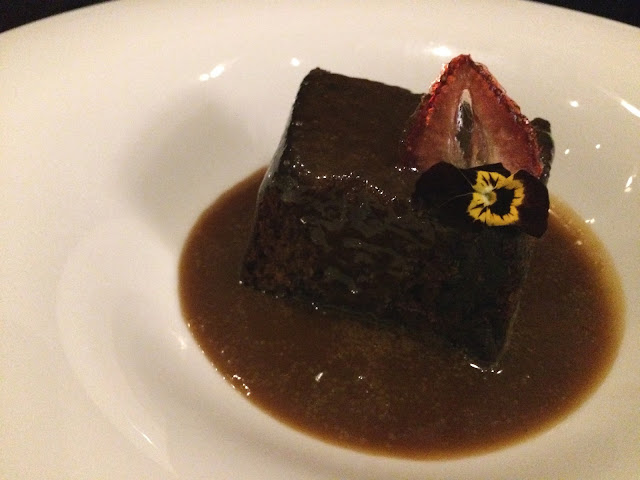 For pudding, The Boy enjoyed the sticky toffee pudding, and in discussion with other diners that evening this seemed to be a clear favourite of the evening for most guests. I have to confess to being less impressed with my Black Iron Trifle. I don’t know if I’m just pickier than everyone else? This didn’t have the same sense of luxuriousness in terms of the component ingredients as the other dishes. And I couldn’t get over the chocolate balls sprinkled over the top, which are definitely something I would associate with the soft serve from an ice cream van and not a classic dining experience. Maybe I am turning into a food snob…. 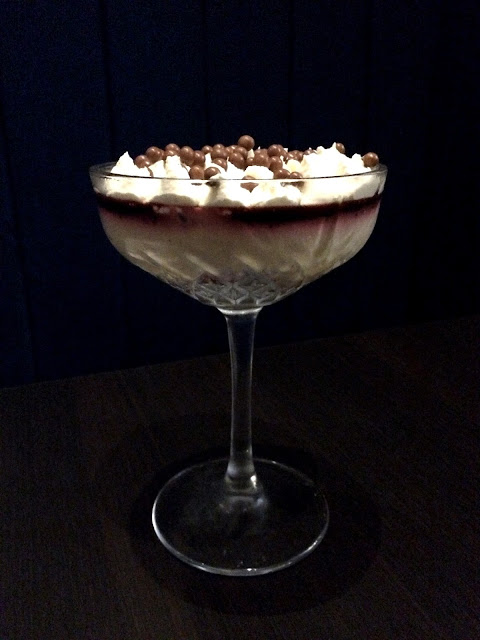 All in then, it’s a beautiful place to visit and a fine dining-like experience at not fine dining prices, which seems to me about fair. The food is presented as delightfully as the building is appointed and set in the middle of Braunstone Park, I look forward to them working on their outdoor terrace for next summer as that is certainly somewhere we’d enjoy sitting out and eating. It is a little out of the city centre – we walked from town and it took in the region of 40 minutes – and for those of you unfamiliar with Braunstone do get your sat nat on because you really have to wend your way through the estate to find it. 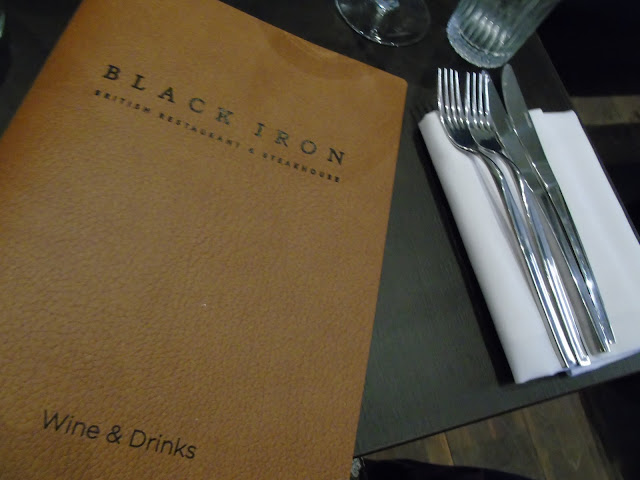 However, I’d be happy to drink under the chandeliers in the statesmanlike bar, I’d be very happy to stay in the beautiful hotel rooms under the care of the extremely attentive reception team and I look forward to restaurant growing into its surroundings as the kitchen and waiting teams settle into their new roles. If you’re going to spend £30 at N E Other Generic Chain Restaurant for dinner tonight, then do yourself a favour and take a punt on the Black Iron instead. And let me know how they got on.

Many thanks to the Winstanley team for inviting us along to celebrate their launch and for showing us such attentive service.