I love a wine gizmo, especially one which necessitates me drinking sparkling wine to test it, and so when Avina asked me to give their premium champagne stopper a go, it’s fair to say I bit their arm off. 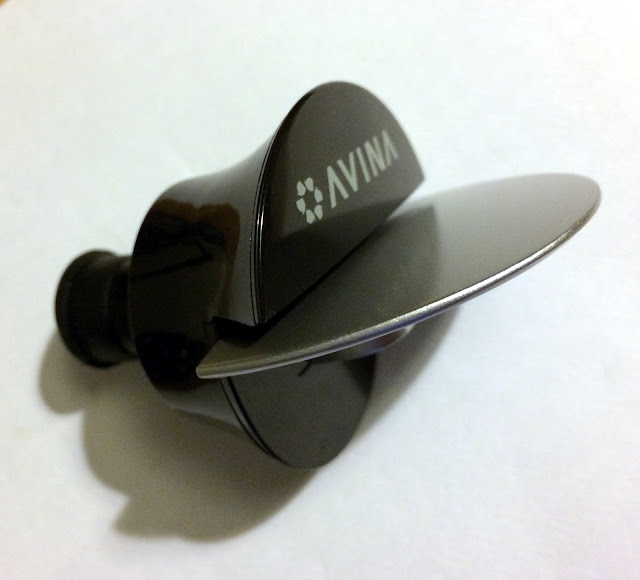 I’ve never found a champagne stopper that is *really* any good. There are a few out there I’ve used that keep the bubbles going, limping along, for a couple of hours – if you’re lucky, but you can tell that the seal is not airtight and that your bottle is rapidly losing its initial effervescence. This is particularly true when I am doing wine tastings with Rothley Wine, where we run three sessions over the day and, if a group is small, we may use the same bottle of Spirit of Freedom to taste over a couple of sessions. It’s never quite the same. 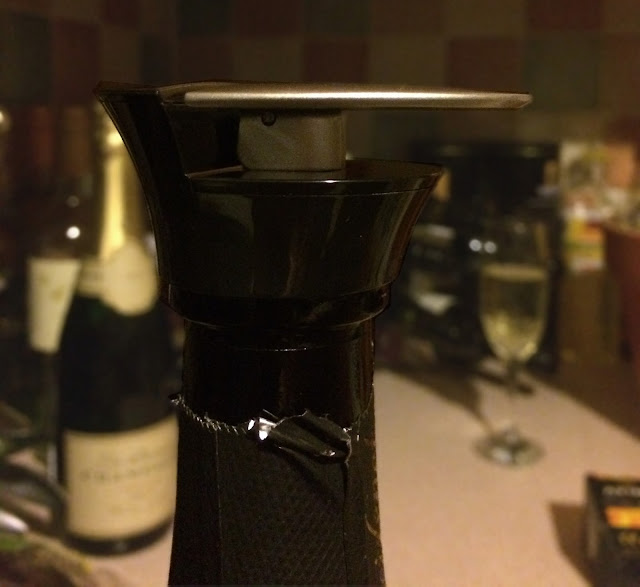 Avina clearly have the same problems and were founded to make quality wine accessories that are designed to last a lifetime – and for me this stopper really ticks the boxes. The design is simple, yet robust and has a decent weight in the hand.

All you have to do is pop the little rubber stopper in the bottle, and pop down the tab and the rubber forms an airtight seal, which will keep in both your wine and your bubbles. Being an idiot, I immediately decided to check the claim that it will preserve your sparkling wine even when stored sideways. I took my full, newly opened bottle of cava and inverted it entirely. Totally fine. I have literally never had a sparkling stopper that I would trust with this, and in hindsight I think I’d probably try this with a practically empty bottle in the future, but you can’t argue with their claims. 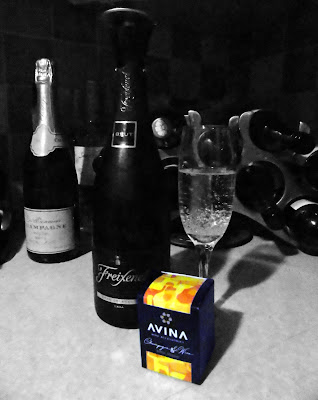 This is a handy piece of kit. Totally portable, and no faffing around with vacuum pumps or what have you. It comes in at just under £12, which may sound a little pricey, but when you consider they give you a lifetime guarentee ‘you break it, we’ll replace it’ you will literally never need to buy another one. Well, you might want two, I dunno – it depends how much sparkling wine you want to have on the go at any one time.

So, turns out it was so good that it ruined my plan of drinking all the cava, because I was testing when the fizz would start to lose it’s edge. And it really didn’t! We had a couple of glasses and then left the rest and it still tasted fabulous and crisp about four hours later. I was going to leave the last glass for the next day. But I didn’t – I’m not having Avina ruining all my fun with their excellent quality accessories! 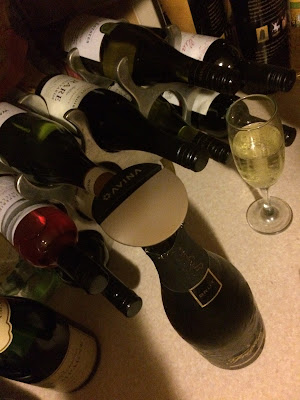 Thanks to Avina for sending me the champagne stopper for review – I shall treasure it and it will be road tested to the extreme with all the English wine tastings I do in a year! This would make a great Christmas gift for the wine lover who has everything. Trust me, it will literally change their life – at least for a moment.