We were invited to one of the final tasting evenings at Maiyango, Leicester this week. They are closing their doors on 22nd July for a complete overhaul, where the central concept of the restaurant will change entirely. There are still some tasting evenings left, as well as the final closing party, so head over to their website to find out more if you want to have one last hurrah. I have no idea what the new concept will be but the floors in the ladies bathroom is now pink and sparkly – so I suppose your guess is as good as mine!


Maiyango is now one of the old guard of Leicester’s fine dining scene. Not quite as long running as The Case, but still with 10 years under their belts, they have been providing beautiful food and great service to the people of Leicester with unfailing regularity. 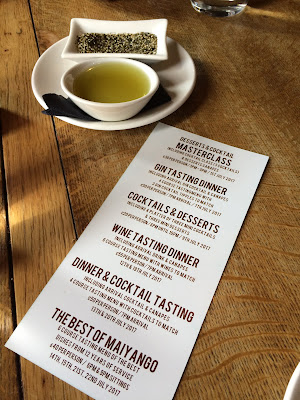 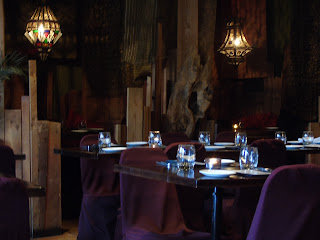 As you can imagine, I jumped at the chance to sample their 6 course tasting menu with matched wines. I’ve been a big fan of the wine list at Maiyango, as well as their cooking so it promised to be a beautiful evening. We started off with a Tequila Tea welcome drink, which I must confess was not really my cup of tea – despite the fresh strawberry muddled in there I found it a little watery and uninspiring, but I could hear murmers of approval from other guests as we waited in the bar, so it might just not have been to my taste! 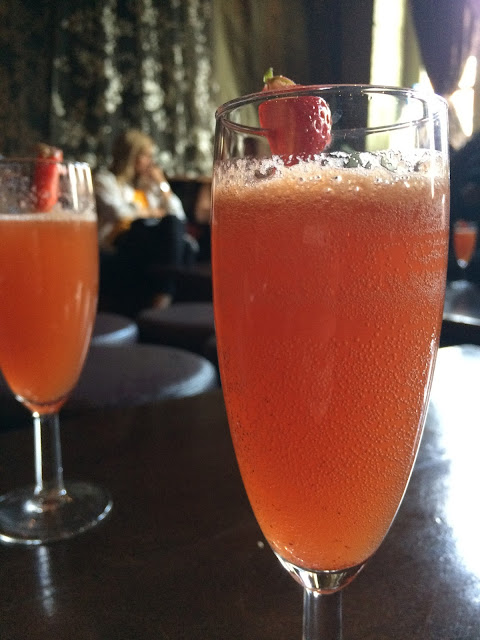 When we were seated, we were treated to canape while we waited – a smooth, creamy cheese and onion bite with a perfectly crisp outer coating which was pure comfort food delight, and another deep fried treat this time made with mutton which had a bold flavour cut through with an edge of mint that had great balance. Appetite whetted, we were all eager to proceed. 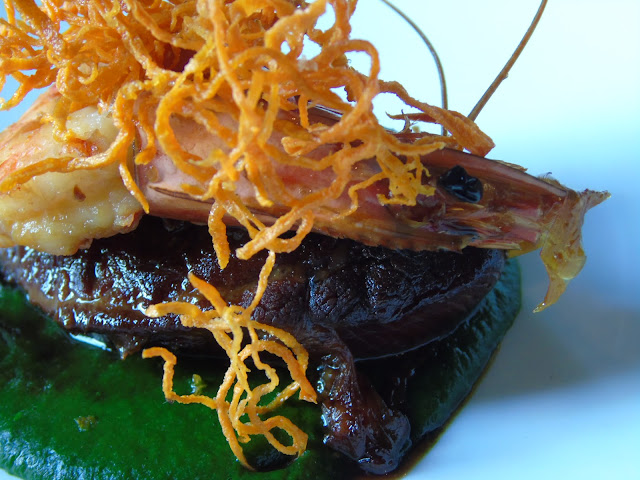 The first course was achingly tender slow-braised pork cheeks, served on a watercress puree with sweet potato garnish and a fat, juicy king prawn. This was matched with a soft, velvety Monastrell which matched the delicious texture of the pork cheeks perfectly. I was quite surprised to start the menu with such bold flavours, but it showed a real ambition and flair that definitely impressed me. 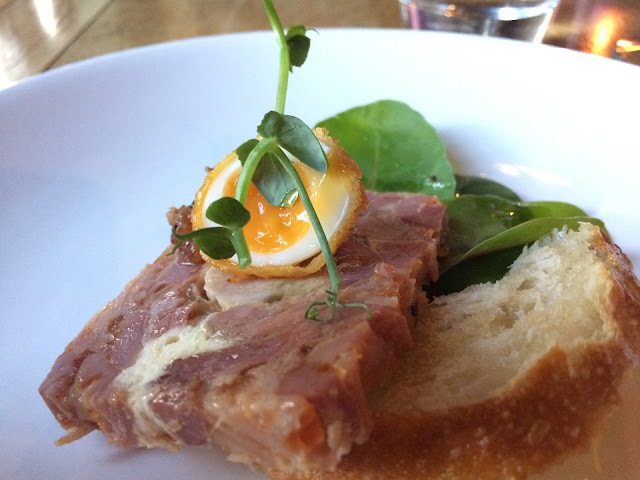 Onwards and upwards and next we were presented with a picnic terrine. Each course was introduced by our host, as well as the reasoning behind the choice of wine. The variety of meats in the terrine and layer of cheddar mousse and half quail’s egg combined to make a really quite salty dish overall, and Hacienda Lopez de Haro Rioja Blanco was beautifully dry, but had just a hint of a creamy finish which cut through this salinity with grace and ease. I absolutely loved this wine, from the delicate, almost lemony nose to its cool slide into a well rounded and complex finish, this was the star of the course and not the food. Sadly, neither The Boy nor I was impressed with the rustic crouton, a slice of crusty bread fried in olive oil which was hard and was surprisingly difficult to cut through without sending a shower of crumbs over your neighbour. 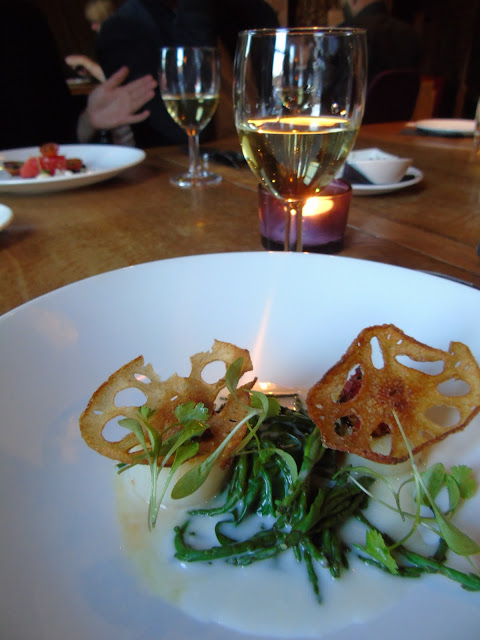 It’s hard to pick which was my favourite course of the evening, but the seared scallops with a French Picpoul was a strong contender. Again, the ambition of the chef shone through, as international cuisines were seamlessly blended on the same menu. The scallops were cooked to absolute perfection, soft and full of sweet flavour, which was not over powered by the addition of a touch of fiery sambal, a bed of salty samphire and a coconut and lime leaf sauce. The crisp garnish and samphire both added to the expert blending of textures and the portion size was just right. The Picpoul was a much bigger wine, with baked apple notes and a subtle sweetness which partnered the scallops incredibly well as well as dampening the worst harshness of the fire from the sambal. Both had a pleasing end point to their finish, leaving your mouth refreshed and ready for the next bite. A true display of culinary skill. 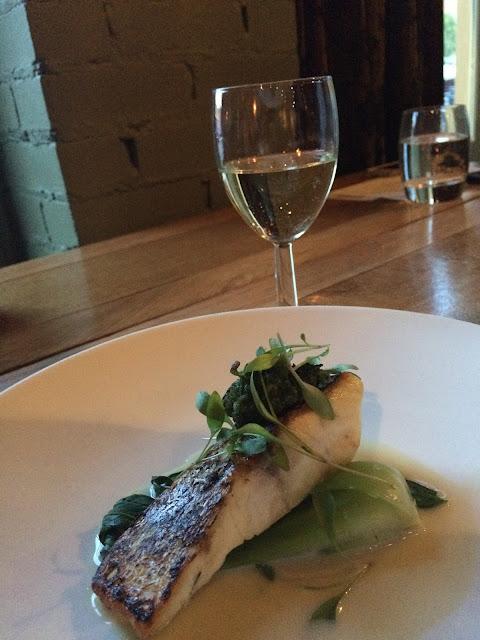 Our fish course was steamed wild sea bass, finished in the pan to give a crispy skin. Again, the oriental flavours shone through, with a coconut laksa, bok choi and coriander relish. Another extremely strong dish with the fish being wonderfully moist and a real pleasure to eat. This was served with a Peter Lehmann ‘Portrait’ Riesling from the Eden Valley. I was a little surprised that the wine pairing was not as advertised on the website, or indeed on the menu on the evening, but I really enjoyed the wine. Contemporary Rieslings are really starting to get under my skin! 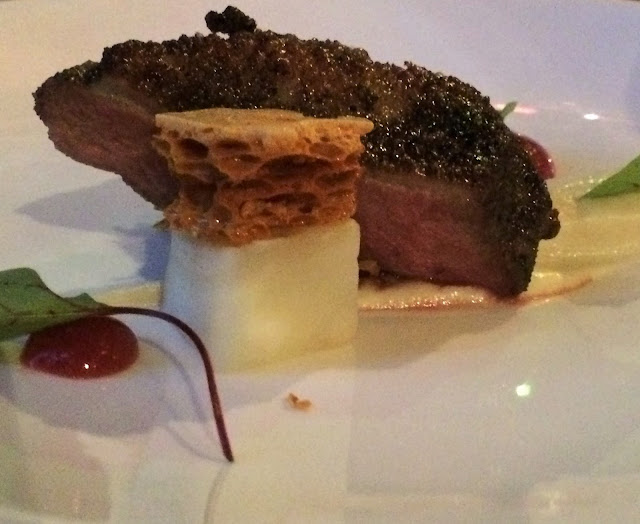 On to the main course, and Gressingham duck was up next. This was five spiced and unfortunately a little on the chewy side although it was gorgeously moist. This was served with shredded duck and the most creamy and light celeriac cream I have ever had, which was a triumph. For some unconceivable reason there was also a chunk of burned honeycomb, which I wish I had not bothered to put in my mouth, so the less said about that the better. This was all complimented with a fig sauce which complemented the absolutely marvellous Passimento wine incredibly well. This was probably the wine of the evening, rich and deep and a great match for the gamey duck.

I was sad that the purple potato crisps that the menu mentioned also did not materialise. It’s a small thing, for sure, but I think that fine dining relies on that full attention to every detail. When the dish was planned, presumably the crisps were added to the dish for their texture and flavour as well as for aesthetics and so it is a little disappointing to think that we didn’t receive it exactly as the chef had envisaged. 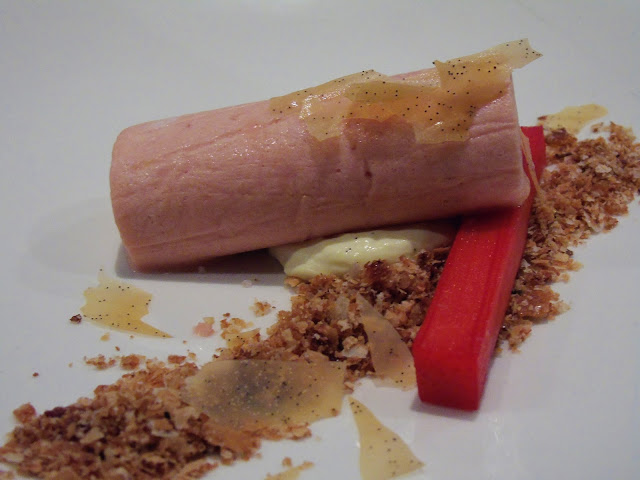 Finally a Californian Elysium Black Muscat – a dessert wine I had been looking forward to all evening – was matched with poached rhubarb and rhubarb parfait which was also omitted from the menu despite being the main component. I think they forgot to poach my rhubarb as it was impossible to get a fork or spoon through. Finally the caramelised puff pasty crumble was a little burned which gave an unpleasant flavour and therefore was best avoided. However, the parfait and custard foam were refreshing and delicious and brought out a fascinating rose water character in the sticky, dark dessert wine. So a mixed bag on the pudding.

A wonderful evening was had with great company and some stonking wines. I thought the menu showed the best of the Maiyango team’s skill and creativity, but at the same time there were some basic errors in execution which surprised me and didn’t match up to my previous experiences there. I’m hoping the new concept will see more of the bold and the brave without compromising on the little details that make fine dining such a special experience.

Thank you to Maiyango for inviting the Boy and I along to write up the event.