Behind the Scenes at the Gelato Artigianale Festival, Italy

We had a marvellous time at the Gelato Artigianale Festival in Agugliano, Italy last month. I thought I’d write a little bit about the behind the scenes action that took place there. It takes an incredible team of volunteers to run such a busy and complex festival that literally takes over the whole town. 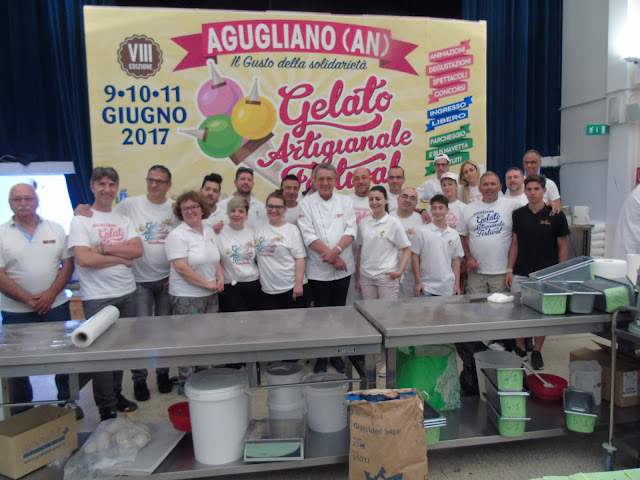 The Maestro Gelatieri who featured at the festival came from across Europe – but naturally mainly Italy to compete and showcase their skills at the Festival. The small local cinema was turned into a gelato Laboratory and the gelatieri were assigned daily shifts in which to make their gelato for the day’s festivities. 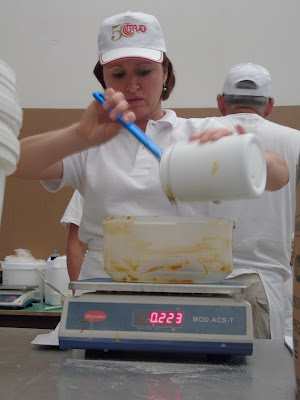 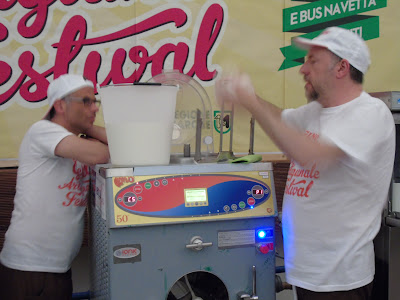 Typically, there were issues with the machines, bits breaking and gelatieri therefore being thrown off schedule, but everyone was able to work together and work through these problems so the visiting public never even suspected! 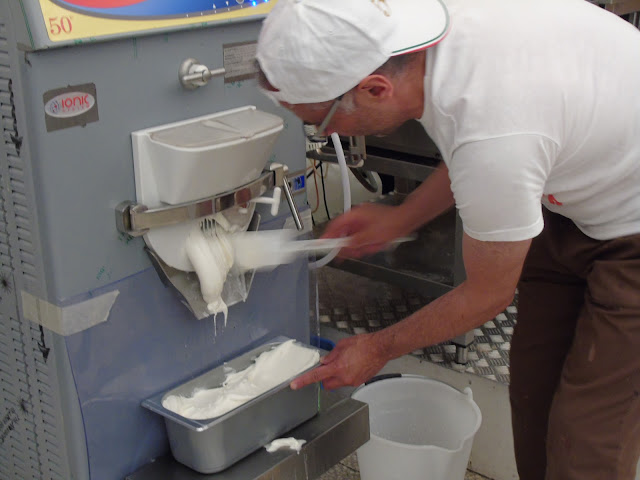 As you can imagine, huge quantities of milk and cream, sugar and the rest were used to make all of the gelato, as well as people peeling and chopping endless bags of fruit and vegetables for their fresh flavours. I got involved helping to weigh out Gelato Village’s recipe, including the Leicestershire honey which had been shipped over in advance of the festival. 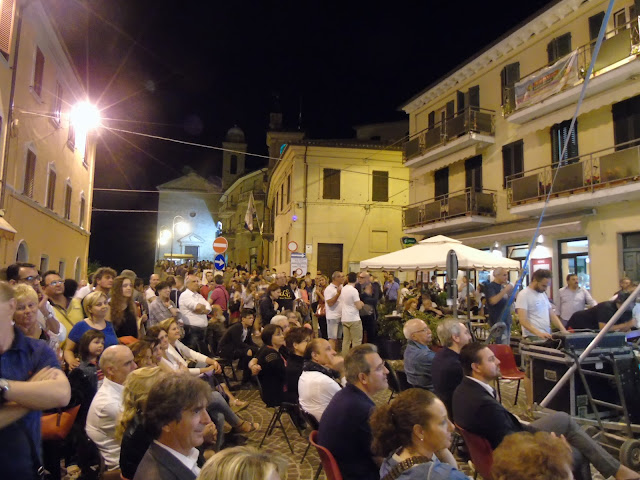 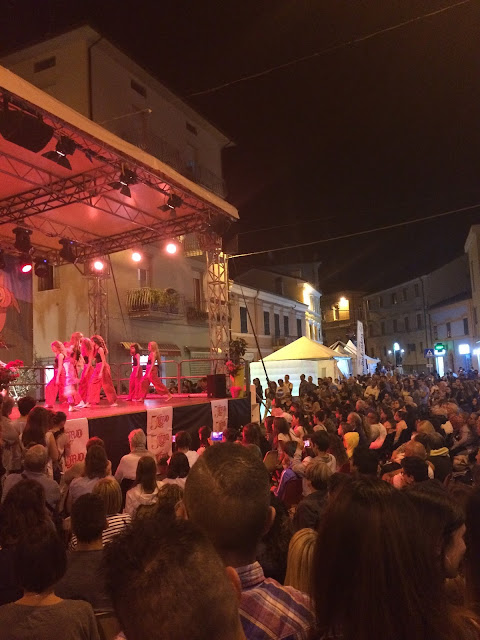 The pans of completed gelato were run off to their respective stalls by the eager volunteers and the crowds showed out in force to enjoy them, as well as the music and dance entertainment from local organisations on the stages, and a variety of stalls and shops that had set up to keep the crowds happy. 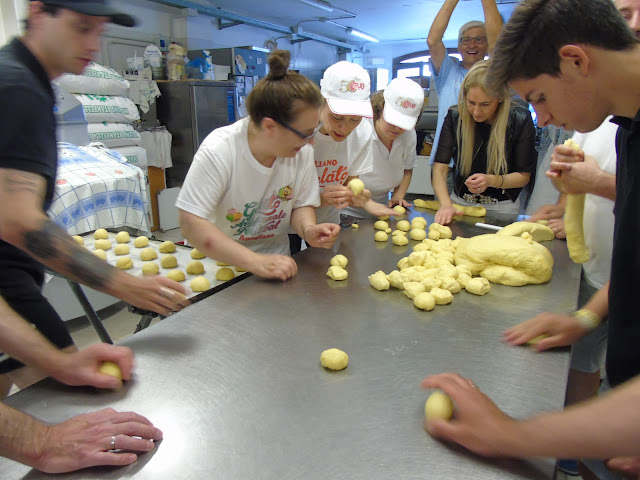 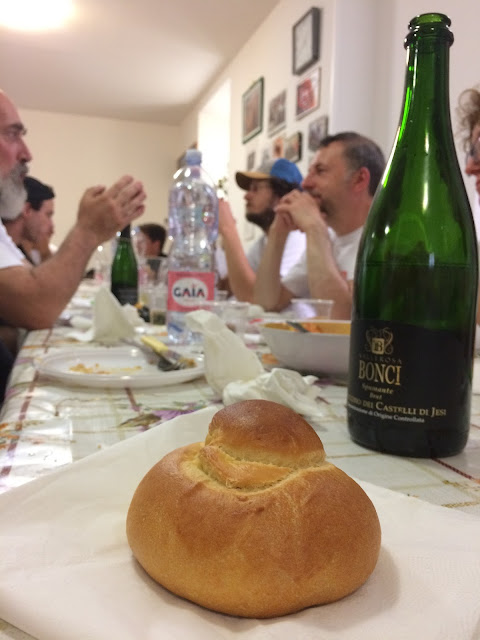 At the start of the festival a number of the gelatieri learned about making brioche in the local bakery and helped to roll them out. This was served with a pistachio granita – a traditional breakfast combination in Sicily which I had never tried before. I have to say I had my doubts, it didn’t sound like a combination that should work but it was absolutely gorgoeous. Pistachio granita is my new thing now.

And then there was the food. Oh the food. A dedicated team of volunteers set up a camp kitchen in a community hall and we dutifully went by for lunch and dinner each day. And the food was superb. Nothing complicated, nothing fancy – just simple recipes using excellent local produce. As you can well imagine, dear reader, I was happier than a pig in the proverbial with all of this. 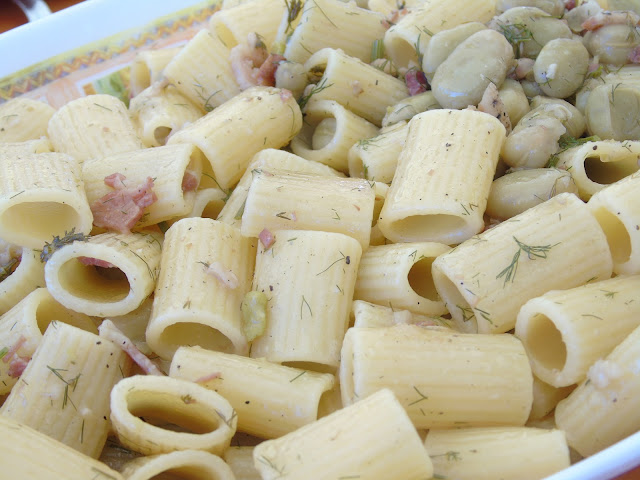 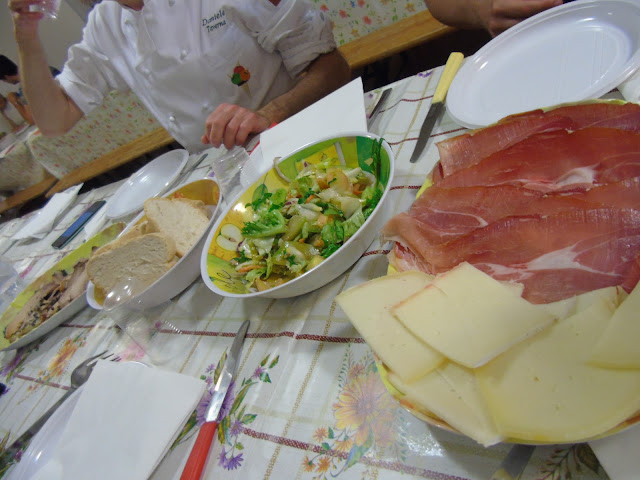 A two or three course offering was laid out each time, with a pasta primo and meat or fish secondi and generally some fresh fruit or similar at the end. Convivial jugs of local Verdicchio wine were placed out on the tables, along with fresh bread. It was described to me as ‘peasant food’ when we arrived and if that’s the case then sign me up! 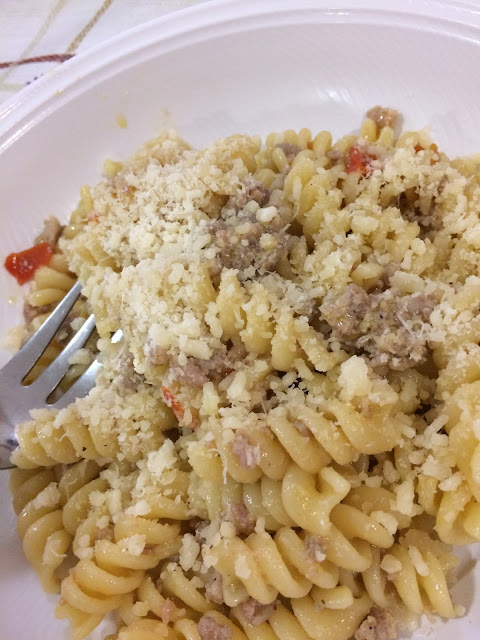 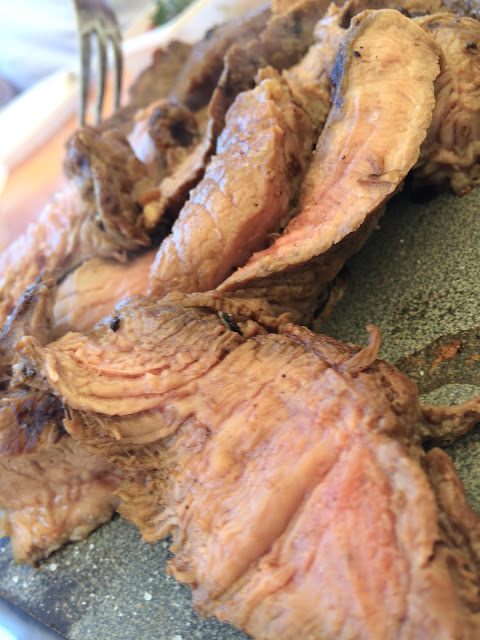 So a fantastic few days all in all and hopefully that’s given you a little insight into how the festival ran behind the scenes. I’ll leave you with a glimpse of the celebratory dinner held for everyone who took part at the very end. 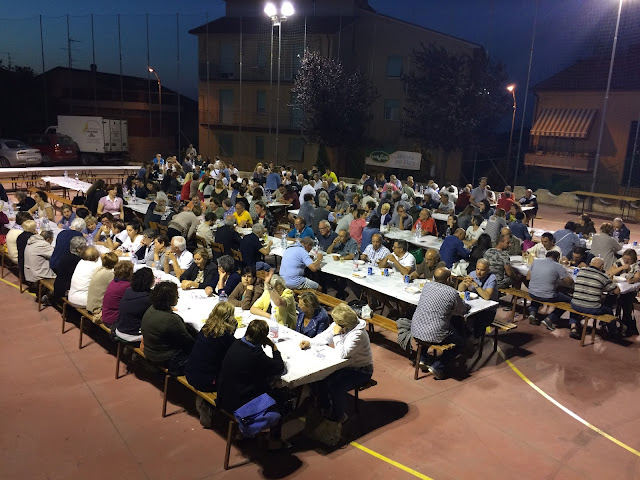