There’s nothing like getting out and seeing something new, and what better way to select a day trip than to ask Twitter? 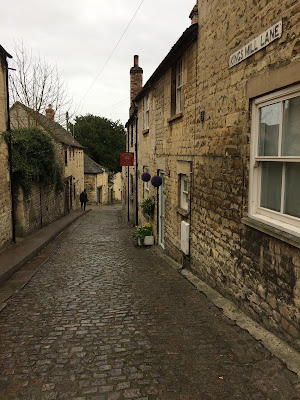 This is what we did and places that were close and accessible by public transport kicked up Stamford for us, as just 40 minutes away from Leicester on the train. 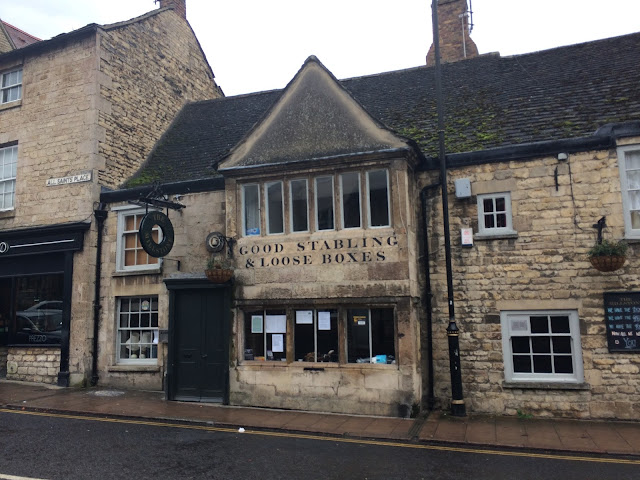 Although it was a dreary and drizzly day, Stamford is still very easy on the eye, with its pale Lincolnshire limestone buildings and charming views of the town across meadow and river as you approach from the train station. It is a town full of history, and apparently full of pride for the parts of that heritage that is no longer visible. 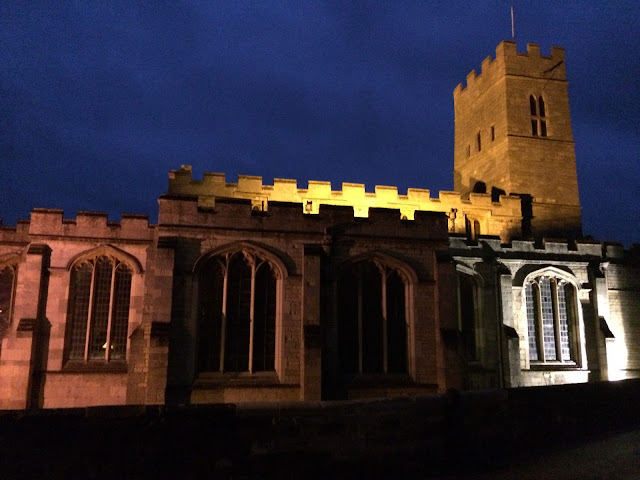 We counted missing monuments including a church, a castle, the defensive gate and more, marked by interpretation panels which describe in vivid detail what is no longer there. It was a bit odd… But there is still plenty to see with three towering churches along the skyline, and a bustling arts centre. Sadly the museum was the victim of local authority cuts back in 2011, so I am moderately surprised that I didn’t see a interpretive sign dedicated to its memory… 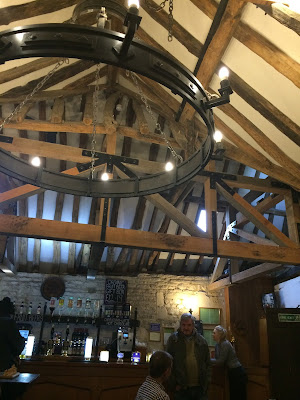 Then there is the All Saints Brewery. Part of the Samuel Smith brewery family, this quaint set of buildings is tucked in its own nook right in the centre of the small town with the Melbourn Bros pub attached. We decided to head in there to try their beer and their menu and were surprised by the reasonable prices and stunning architecture in this delightfully winding building. 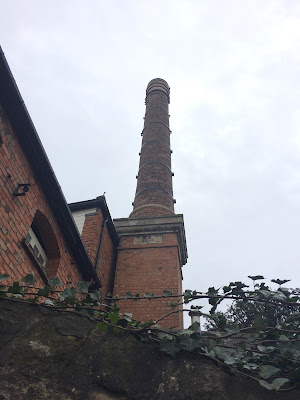 We were excited to discover that this is a working Victorian steam brewery, attested by the large chimney, specialising in award winning fruit beers. I couldn’t wait to have a look round. I was reliably informed by the bar staff that tours were available for a very reasonable £6.50 per person. For a minimum of four people. Ah. I asked if there could be any exception as we were but two and were only around for the day. No. So…. we imagined what a brewery tour might be like and ordered some lunch. 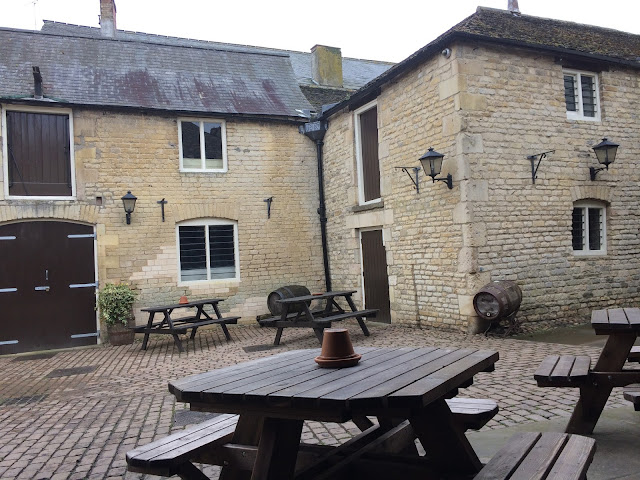 This wouldn’t have been so frustrating if the staff hadn’t then gone on to loudly discuss how quiet the pub was for a Saturday and that it was surprising how little they had to do, that it felt like midweek it was so quiet. I’m sure they could have rustled up a tour to help the time pass! 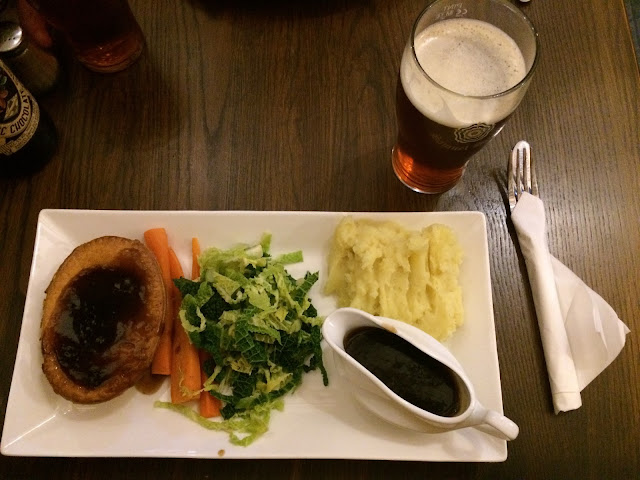 I had the steak pie, made with locally sourced steak and their own stout, which was deliciously tender and had beautiful flavour. It was a little pastry heavy and the pastry was a little overdone – I think I managed to fire a small piece right across the room whilst trying to cut it, but overall it was a solid dish and an excellent choice for a wintry day. 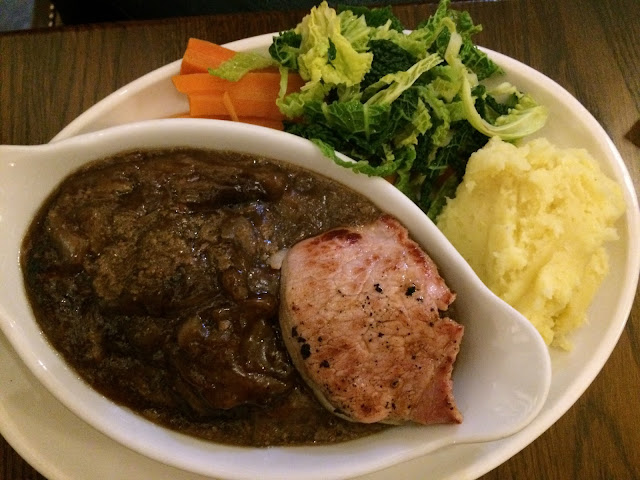 The Boy went for a gargantuan portion of liver and onions, with added bacon of course and practically scraped the pattern off the plate trying to enjoy every last morsel of the rich gravy. Both fine English traditional fayre, done simply and reasonable well – particularly considering the price. 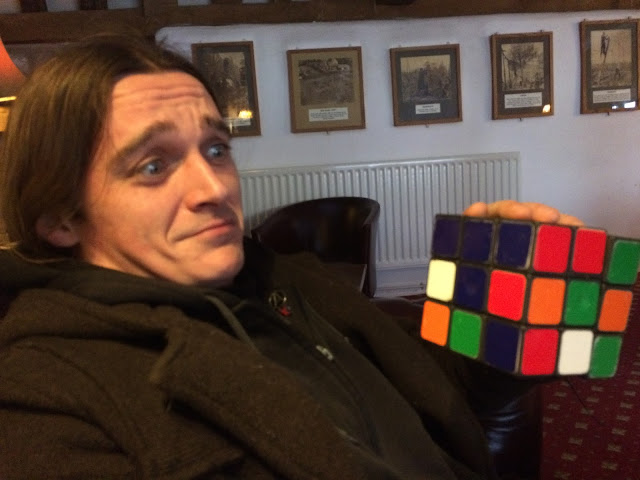 To accompany these, we tried the India Pale Ale and their Best Bitter. Both were good representatives of their respective types – like the food there was no bells and whistles, just simple and unassuming brews living up to their names well. I tried a sample of the wheat beer which seemed the most interesting and had a surprisingly banana nose to it! Sadly it would have been a little too light to go with the pie, but is on my list for next time.

Stamford has a good selection of pubs and one find that we were particularly pleased with was The Jolly Brewery, a little off the beaten track but certainly worth walking the 5 minutes to get to. Beer lovers will love this no frills, honest-to-goodness boozer, with its friendly staff and enticing selection of well kept beers. As well as the predictable selection from the local Oakham brewery, there were also some more unfamiliar local options on offer. Mr Fox’s Cunning Linctus was an easy drinking little pale ale and certainly gave a refreshing pit stop along the way. 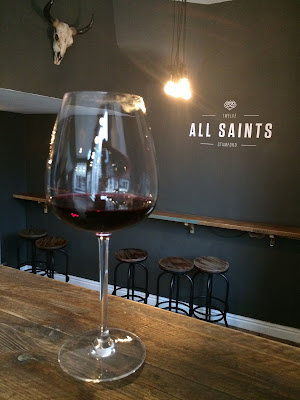 For wine lovers, there are a couple of choices. Next to Melbourn Bros is the wine bar, Twelve All Saints. Like most of Stamford it is set in a beautiful historical building, minimally dressed up to emphasise the features. Sadly this is one of those wine bars which thinks it is much better than it actually is, with an admittedly decent, yet limited wine selection and a ‘craft ale’ selection which would be right at home in Wetherspoons, but with a hefty mark up on price. 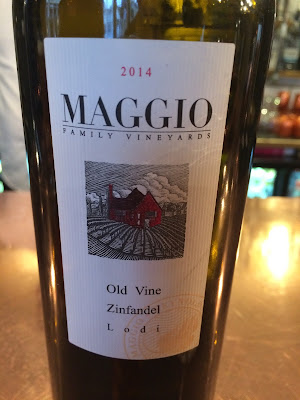 All of the seats were wobbly, the staff member was verging on surly and ultimately the best thing about the experience was the admittedly delicious juice bomb of an old vine Zin from Lodi, and getting to make the acquaintance of a beautiful 3 legged dog who had brought his owners in for a drink. 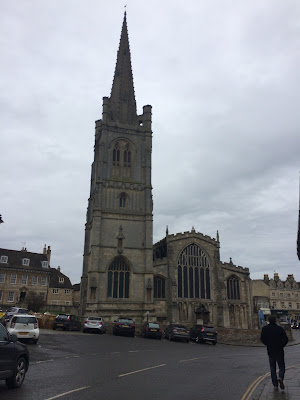 Much better, across the town centre is the ‘does what it says on the tin’ sister bar, The Wine Bar. Here the staff are warm and welcoming and the atmosphere is just generally better, so it is unsurprisingly much harder to find a table here. It seems strange that the two parts of the one whole should be so chalk and cheese different, but the wine list was better, and the experience just generally more comfortable – although beer drinkers beware – just Birra Moretti on tap or Corona in bottles here! 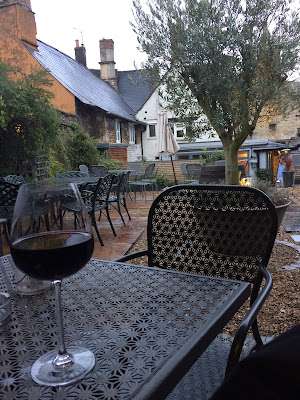 The highlight is the beautiful and surprisingly spacious garden. This will be a sure fire winner in the summer. They offered a delicious and great bodied Languedoc Syrah as their house red which I really enjoyed, although of course I can’t tell you which one it actually was as this is all the info they put on the menu.

So daytrippers and drinkers, grab your partners and when you’re done dosey-do’ing (I have no idea how that is spelled) – head over to sleepy Stamford for a pretty amble and a warm welcome.