Those real stalwarts among you, who have been reading this blog for a worryingly long time, may remember that I have reviewed an Aldi product once before. Their £1.99 nail polish, which I was mightily impressed with for the price. Now, nearly four years later, it is time to make good on that review and write about something that was more expensive and was, in fact, wine.

Aldi have teamed up with South Africa’s Origin Wines to produce an intriguing little product – an organic wine, served in craft ale style bottles. I’ll be quite honest, I forget how much it cost as I bought it a few weeks ago and I’ve slept since then, but it was around £2.50 for a 500ml bottle. For the wine novices amongst you, that’s 2/3 of a bottle of wine or the equivalent of 2 large glasses in a restaurant. 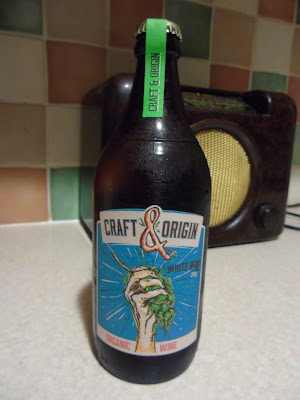 They’re clearly on some kind of mission to attract young, ‘hip’ craft ale drinkers. Or maybe to offer something different to young, ‘hip’ wine drinkers. Anyone who likes an organic label perhaps.

I guess what I’m saying is I don’t really know who this is for, but I was sufficiently intrigued that I bought a bottle, so maybe the system works. The ‘Craft & Origin White Wine’ was my selection – I’ll save the red for another time – and I scrutinised the bottle but could find no clue as to what to expect from the wine, except that I should know it is hand-harvested and hand-crafted and apparently I should find some ‘cool friends’ to enjoy it with. So perhaps it’s aimed more at people who are interested in how the bottle looks than what the contents taste like. 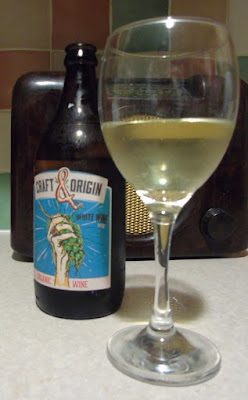 Upon opening, I noted that it has a bit of a yeasty smell, but the wine itself is quite interestingly crisp. Fans of Pinot Grigot will probably like its blunt acidity and for fruit fans there is a soft green apple note and a little bit of lemon on the finish. It poured true and clear, with a light straw colour.

Was it unendingly complex, with a sense of mystery that will haunt my senses across the ages?
Not really.
Was it so completely undrinkable that I immediately poured it down the drain?
It was not. 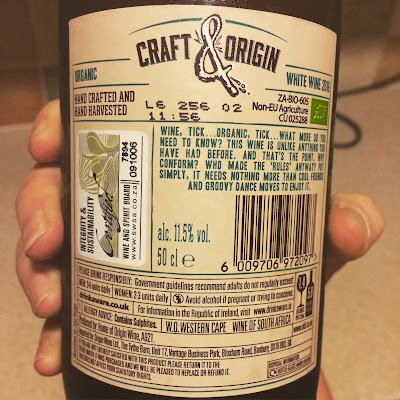 This was inoffensive wine, perhaps one could even go so far as to call it ‘unassuming plonk’ and it was completely drinkable. So I guess the best thing is for you to draw your own conclusions. This is a bottle whose design unapologetically tells you that it is style over substance. And that is what you get. We all know that gimmick wines rarely have much to offer in terms of interesting bouquet, body or finish (remember blue wine?) but hey, if you’re stuck you could probably do worse.