Mastodon It's a Burger Off ⋆ Laura Hadland: The Extreme Housewife
Skip to content

It’s a Burger Off

I previewed the latest UK Burger Battle a few weeks ago and had the pleasure of judging the actual event at the LCB Depot. It was a fun evening out, with the Sailor Jerry and Brewdog bar in full swing and an assortment of tasty treats on offer for us to sample, including the lovely lads from Gelato Village with their artisanal delights. 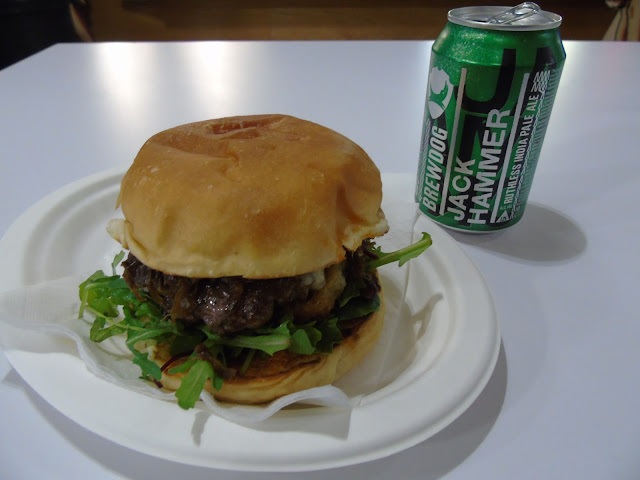 The Burger Battle was being held between LCB Depot residents, Gray’s Kitchen and newcomers to the city, Cured. We started off with the Euro burger from Gray’s. I loved the subtle savoury spice that came from the Nduja butter and it was a gorgeous, thick, freshly ground patty that was juicy and delicious. The smoked Lyonnaise onion was deliciously flavourful, although I think I had a little too much on my burger, so it went everywhere! That’s all part of the fun though. In all, this was a fantastic burger with every single element having its place in the flavour profile. It was well constructed, with a good structure, including the bun. I liked the creativity of having a sun-dried tomato crouton in there as well, which added some excellent texture. I’m not sure I’ll ever see a crouton on a burger again, so that’s another one off the bucket list. 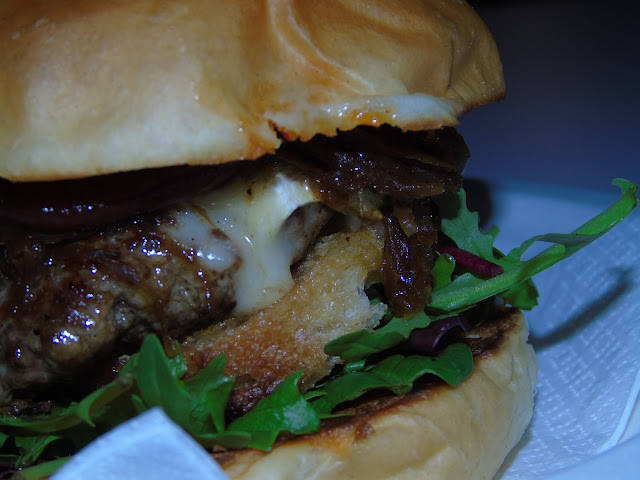 After a fitting break for digestion, we moved on to the Cured Stack burger. This was not a special creation for the event, so is something that you can try for yourself when you head up to see them above Brewdog. This was a much thinner patty, bolstered out with treacle and barley brisket – by far the star ingredient of the whole show. With the pickled cabbage, herbed tomatoes and homemade sauces, this was definitely a much wetter, more physical burger which created many a messy face and sticky finger. 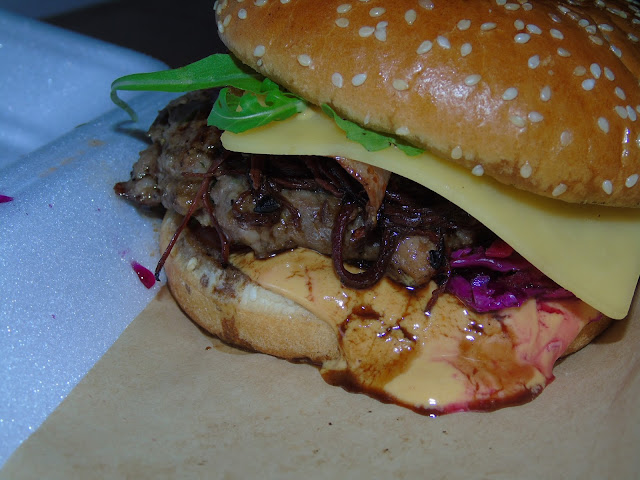 I shan’t reveal how I voted, but suffice it to say that the judges were in something of a deadlock. It took quite some time for this to be lifted and eventually Cured emerged as the judges winner. By contrast the public voted for Gray’s and it was nice to see both competitors thereby acknowledged for their efforts – particularly Cured who had the delight of serving their burgers from a marquee in the courtyard in the freezing cold!

Along with the burgers, we were entertained by a live DJ and the guys from Plukd coming down to offer guests the opportunity to participate in the Wing Sting Challenge. Once again, I thoroughly enjoyed watching the select group of self-elected competitors moving through a range of emotions from fear to shock to intense discomfort when trying to run through those spicy, spicy chicken wings in the alloted time. I think it’s safe to say it is my absolute favourite spectator sport. Apparently Plukd will be finding a permanent home in the city soon and that is definitely something to look forward to.

Finally, we were treated to seeing Emma Dalton, competitive eater, working her way through 6 burgers in well under 20 minutes. Yes, I know that competitive eating is frivolous, but seriously it was quite a feat. I ate two burgers in 3 hours and I felt like I might die I was so full…