Mastodon You can bank on Middletons ⋆ Laura Hadland: The Extreme Housewife
Skip to content

You can bank on Middletons

We were invited to road test the new Middleton’s Steakhouse in Leicester this week. Set in the cosy surroundings of St Martin’s, the former NatWest bank building, which has stood empty throughout my time in Leicester, has been transformed into a chic dining venue. The monumental architecture, with dim lighting and high contrast decor pitching the impressive white cupola against dark wood and clean lines makes for a venue with real impact that is not really paralleled anywhere else in the city. 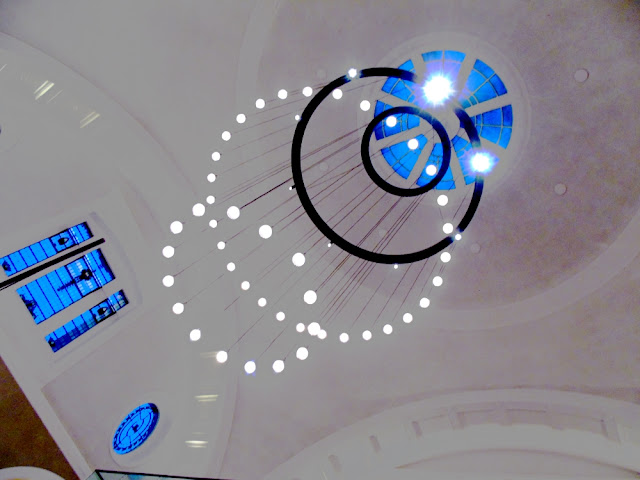 Despite the high ceilings, the acoustics are really well managed, making the hubbub of other diners feel warm and relaxed – not cold and informal, or annoyingly buzzy. This is a restaurant with just the right amount of smarts, without any pretension. We found it to be pleasantly upbeat and fun.

They have an open kitchen, which is always something I like to see and apparently this is the sixth venue in the small chain, with the owner still living above the first site. It is quite a meteoric rise in fairness, given that the chain only began in 2011. 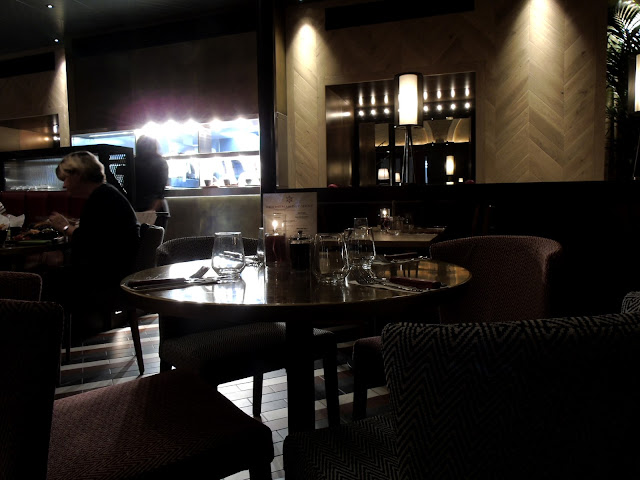 The menu is broad and varied, naturally centred around a high-quality meat offer, but with plenty of other choice to hold the attention. For me, the starters were where it’s at. There are no big surprises on the starter menu, but the dishes were just so well done and satisfying that I think I would be very happy to return for lunch and just have a starter! 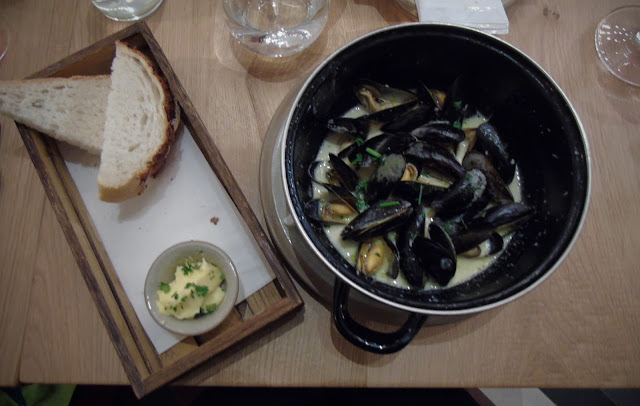 I kicked off with plump, sweet mussels, farmed in Scotland. I was pleasantly surprised at the quality, portion size and the balance of the white wine and cream sauce – with just the right amount of garlic. It was served up with chunky slices of farmhouse bread, with a deliciously soft centre and chewy crust, which was perfect with the generous dollop of parsley butter. All in all, it was a dish you just dive right into – dip those shells in the sauce, and throw your inhibitions away with the empties. There’s always a napkin to clean yourself up with after. Maybe not first-date food. 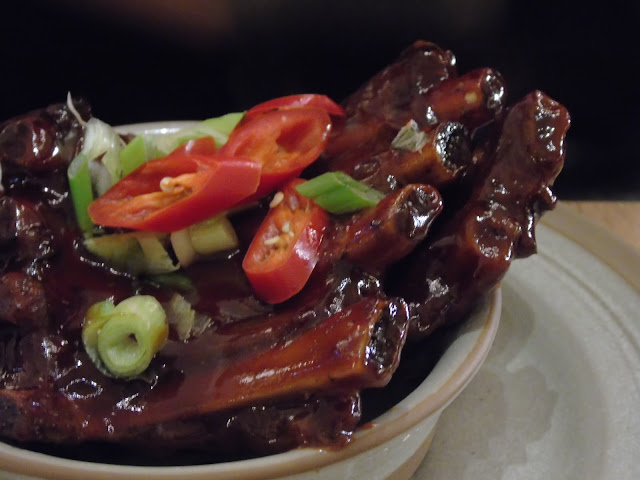 Keeping on the ‘not for first-date’ menu choices, The Boy opted for the half rack of ribs – again incredible in terms of quality of cooking, quality of meat and portion size. The ribs were tender to the point that you would try to pick one up only for the meat to fall right off the bone! The sticky, sweet sauce was finger licking and punctuated nicely by the intense heat of the chopped red chilli garnish. Again, eating it don’t look pretty, but who cares?

The only area for improvement I really noticed at this point was that the plate used  as a lid to keep my mussels warm was whipped away from the table by super-keen staff as soon as I removed it – leaving me with nowhere to put my empty shells! But I think these sort of teething issues in service are exactly the reason why a soft launch is so important for a new restaurant as the team learn their environment. 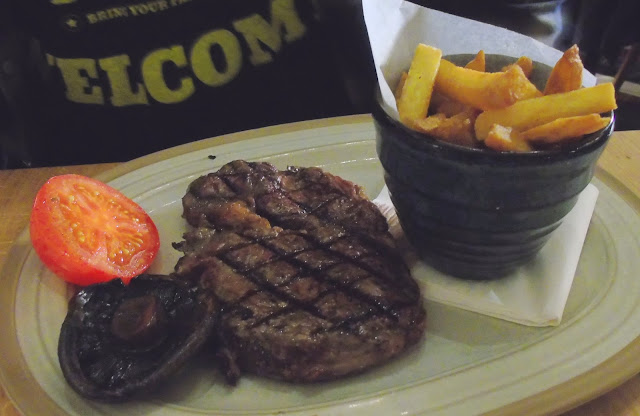 Galloping on to the mains, and while the quality was still very consistent, I must confess I was not as enamoured with them as I was with the starters. I think it might be as simple as requiring 2 sides to accompany each dish, rather than just the standard choice of one – I always feel a bit cheated when I don’t get a sniff of vegetable or salad along with a main meal. The Boy, for example, ordered the rib eye steak, which was brilliantly cooked to order – rare in the middle and good flavour from the char on the outside, and a great cut of meat which was juicy and full of flavour. But as you can see from the picture above, it felt a little sparse on the plate. The chips were also nice and crispy but the tomato was barely grilled – so swings and roundabouts on that one. 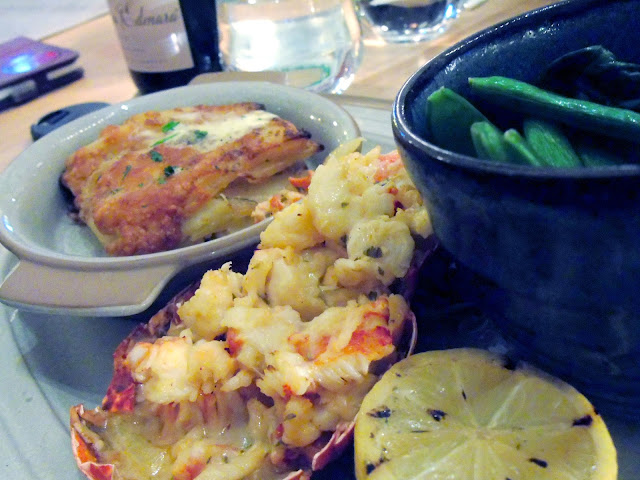 I treated myself to a half lobster with dauphinoise potatoes for my side, and also an additional side of seasonal greens to add that balance to the dish. It arrived and smelled delicious, but then I had to wait a while before digging in as we had not been given cutlery for our main course! A little frustrating, but it was clear that the restaurant was extremely busy and waiting times were a little up as the team settled in.

The lobster was sweet and luxurious and the Thermidor sauce complimented it very well, although there was not a lot of sauce. The dauphinoise was not quite a rich and creamy as I was hoping for, but it was full of beautiful oven baked sweet garlic flavour and had a lovely crisp top which added some good texture to the dish. The vegetables, sugar snap peas and wilted spinach were served plain, but the peas had good bite and the spinach was very tasty so I was pleased I had ordered them as an extra. 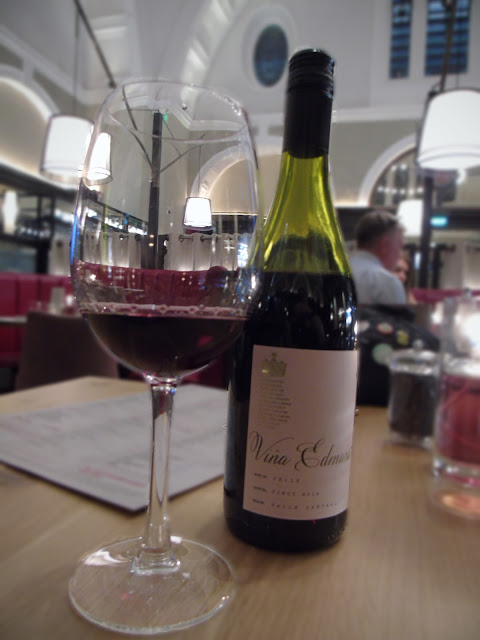 Accompanying our meal, we selected the Vina Edmara Pinot Noir 2015. I took so long to choose the wine I wanted that I totally forgot I was ordering two fish courses, but I was very keen to try this Pinot Noir so I decided to take the hit in terms of the food matching. As it turned out, the wine had good raspberry flavours tempered with floral notes and an interesting touch of bitterness which helped to cut through the rich, creaminess of the dishes I’d ordered so it actually worked out quite nicely! 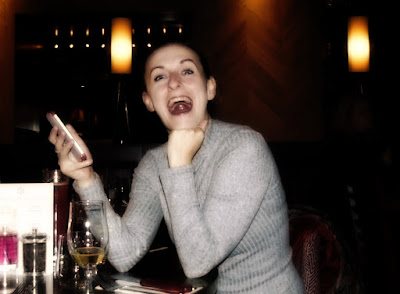 As you’d expect, on such a busy pre-launch night, there were plenty of familiar faces around at Middletons. I spotted a few local foodies and bloggers around the place and then all of a sudden fabulous theatre and arts blogger Carpe Diem Emmie was seated at the table next to us, so that livened things up no end with her typical whirlwind dervish of quick humour and plentiful smiles.

Many thanks again to Middletons for inviting us along to review the food. It was a thoroughly enjoyable meal although I am inclined to leave it a couple of weeks before returning while the staff properly find their feet. I think once they nail that then it will be a really fabulous place to spend an evening – stylish enough to impress your nan, but friendly enough to take your bestie for lunch at the same time. In that respect, they are showing signs of being all things to an impressive range of people.