It’s Leicester Fashion Week again, a fantastic event put on by independent designers, producers and models in the city looking to promote their internationally significant work. There have been runway shows in a variety of venues around the city, and the event has also been supporting the good work of LOROS’ Frocktober campaign, so if you missed it this year, it’s definitely worth getting involved with next year.

We were in the stunning surroundings of the Leicester Mercure, The Grand Hotel on Friday. A fittingly opulent location for the wide range of exquisitely designed and produced clothes that we were treated to in a full runway show (with excellent soundtrack). 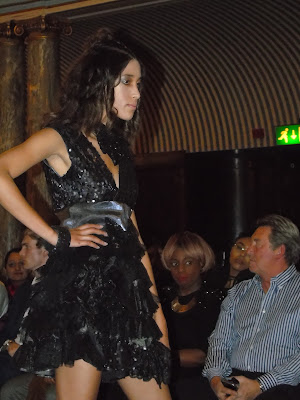 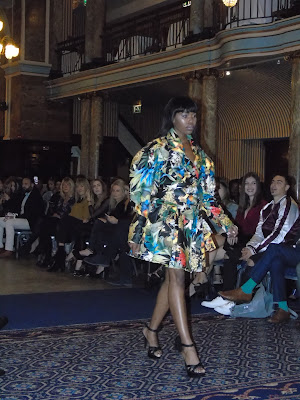 I was really interested in the range of well structured, angular designs that we were seeing across designers. It felt like texture and almost architectural influence were key trends this year, with a lot of straight lines which were employed to either enhance or even to mask the natural lines of the models, This felt like an ambitious move on the part of the designers to really showcase their skill and to make the clothes the focus. 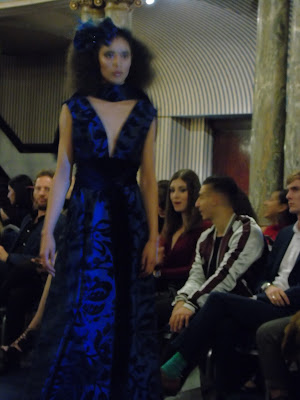 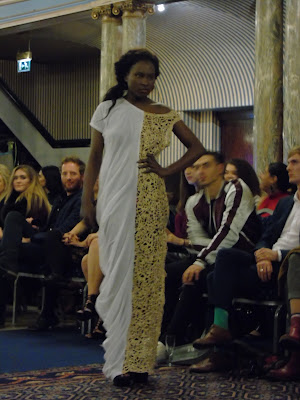 There were a lot of elements that I can see trickling down into common usage. A strong colour palette complemented the bold structural shapes, with royal blue and metallics still popular. There was also a strong hint of lace – full outfits as well as tasteful accents. It’s definitely not just for the older generation anymore! It also felt like a very international affair, with clear inspiration coming from all over the world. 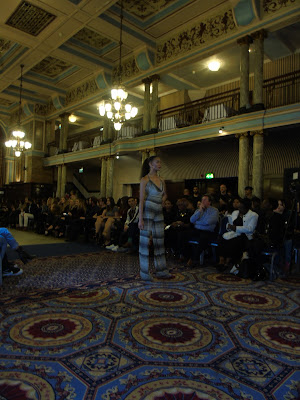 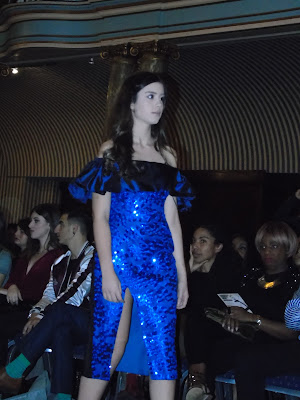 It also clarified the limitations of my £150 camera, as getting decent shots of the models was incredibly difficult, so apologies that they are all rather dark – I found my flash was far too harsh in the dim lighting of the room and then allowing for a longer exposure meant that I didn’t have time to capture a still model. Much respect to all the professional photographers in the press pit who took some beautiful shots on the night! 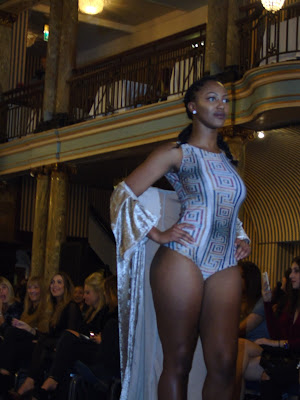 All in, it was a really enjoyable event. It was a little difficult at first to be sure whose collection was being showcased, but after a while they started to announce the collections as they started so this made it easier to know where you were up to. I particularly enjoyed the work of Rosie Billington, which provided a bit of a contrast to the other collections, with their Classical inspired flowing lines. No prizes for guessing that I’d like the Greek and Roman influenced clothes the best! They were much softer in colour and texture, and had an almost dreamlike quality. It is really fabulous to see such bold work from a new graduate. 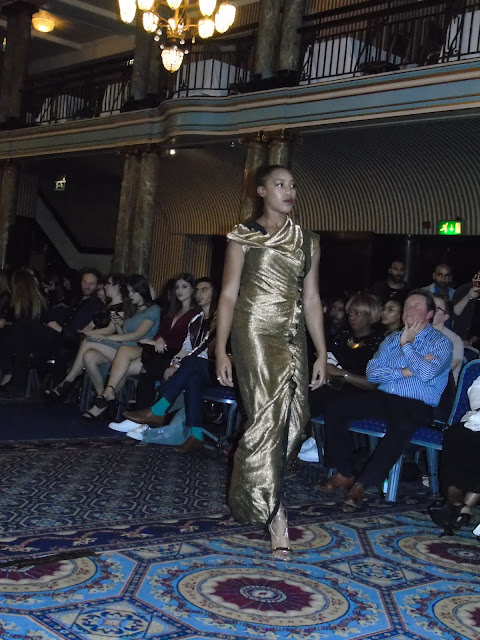 For me, this is the real strength of Leicester Fashion Week. We have some of the best training in the world available at De Montfort University and it is events like this which encourage our graduates to stay in Leicester and bring those benefits to the city. A whole range of creative industries and communities are building in the city now and it is fabulous to see showcases and celebrations of our young talent growing in strength year on year. 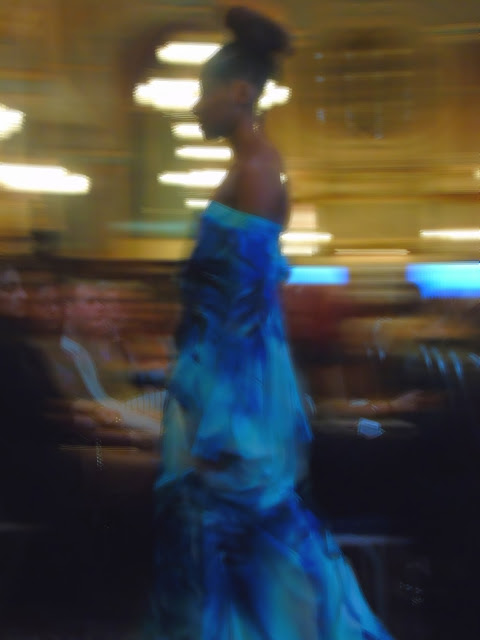