Global Flavours of Leicestershire at the House of Commons 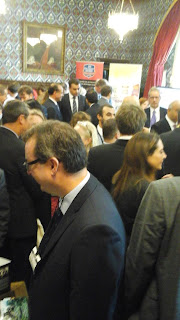 I was invited to a fabulous event at the House of Commons last week. The LLEP (Leicester and Leicestershire’s Local Enterprise Partnership) organised the event and it was sponsored by Alberto Costa MP and Andrew Bridgen MP. It showcased the strengths of Leicester and Leicestershire’s food and drink manufacturing industries. This included both global brands and SMEs, as well as having a focus on the ethnic diversity of the local offer which gives it such a unique flavour. (Pauses while pun-induced groaning subsides)

Having spent years immersed in the food and drink culture of both city and county writing this blog, writing for other publications and through events organisation for Thirst Media, talking to me about our amazing culinary offer is preaching to the converted. However, I was pleased to find some new companies were being showcased that I had not heard of before, as well as having the opportunity to revisit old favourites.

I was interested to discover that Cofresh (genuinely my favourite brand of crisps – try the chilli and lemon curls if you haven’t already) was a Leicester-based brand. They have just developed a new range of more natural products, including hummus and quinoa snacks which I really enjoyed. 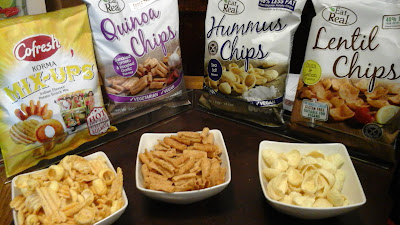 Naturally, cheese, Indian cuisine and pork pies all made an appearance. I was particularly taken by the passion with which Stephen Hallam of Dickinson and Morris described his Melton Mowbray pork pie as I tasted a sample. He is not wrong about the quality of the pork filling, the unique mouthfeel created by the hot water pastry, jelly and meat, and then the finale of the white pepper flavour developing in the mouth. There’s a lot more to tasting pies than I had realised, and I definitely feel like I should put in more practice. 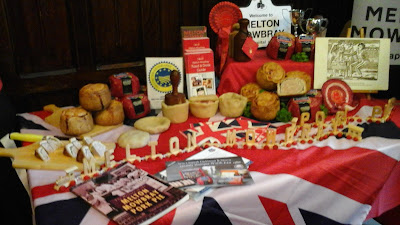 The cheeses from Long Clawson Dairy were absolutely delicious and it was fantastic to hear that such a big name promotes sustainability for their farmers and animal welfare. This is definitely the sort of thing that makes the difference when I make a purchase. And I got lots of great new ideas for which cheeses would pair well with local Leicestershire wine! 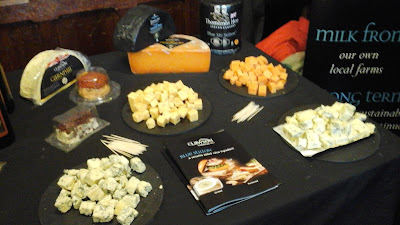 Happily, the drinks sector was also well represented. Given that the event started at 11am and I went straight in having travelled down from Leicester, Shelton’s Coffee was a welcome place to start. Their Leicestershire based company produces single variety Columbian coffee in instant form – compressed into cute heart shapes which I just about managed to preserve on my way home in order to take a quick photo! I loved the earthiness of their coffee, it had a deep element that I couldn’t put my finger on and was informed that the coffee grows near a volcano and that special something is probably a note added from the volcanic ash that settles over the plantation. 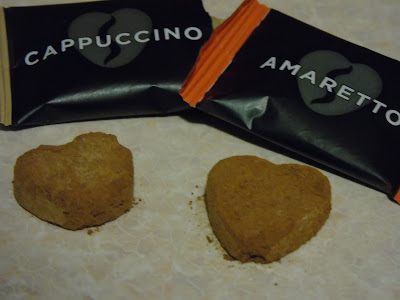 As things progressed though, it was time to move on to something stronger. And there were strong showings from both Everards, featuring their new look Tiger labels, and the Langton Brewery. This was a great opportunity for me to have a taste of their Fox Lager, which I have seen around quite a lot of late but not had a sample of. I really liked its punchy flavour – much gutsier than other craft lagers around! 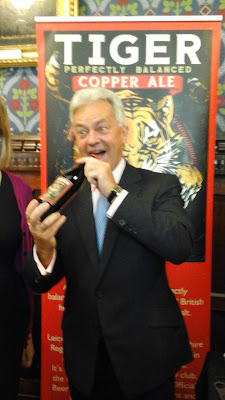 After that it was time to sidle over to Two Birds distillery. I have waxed lyrical about them at length in the past – most notably the use of their passionfruit vodka in the Needle and Pin’s German Filmstar cocktail. Delightful and delicious. This time round I tried their specially formulated cocktail gin which has a bigger punch of botanical flavour. Suits me down to a tee straight up, but I can see how that extra flavour element works wonderfully in a cocktail when competing with other ingredients. 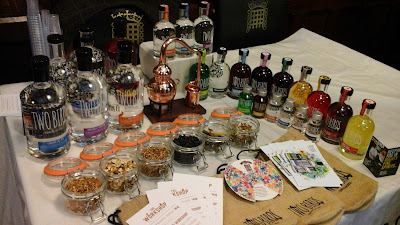 There was plenty more besides, but I think you get the idea! I cannot emphasise enough how great it is to see this sort of showcase for local producers, although I hope that next time we get to share even more of the really small, sustainable micro-businesses that really make up the backbone of our city and county’s gastronomic excellence! Those are the producers that drive tourism and investment into our local economy as well as providing economic benefits to the country as a whole.