So our Turin adventure continues with another beautiful day in Turin. The Salone del Gusto really is massive and there is a huge variety of different things to explore. We enjoyed finding out more about biodiversity and Slow Food presidia in an area dedicated to sustaintable production. And of course we were antagonised by that giant snail again. 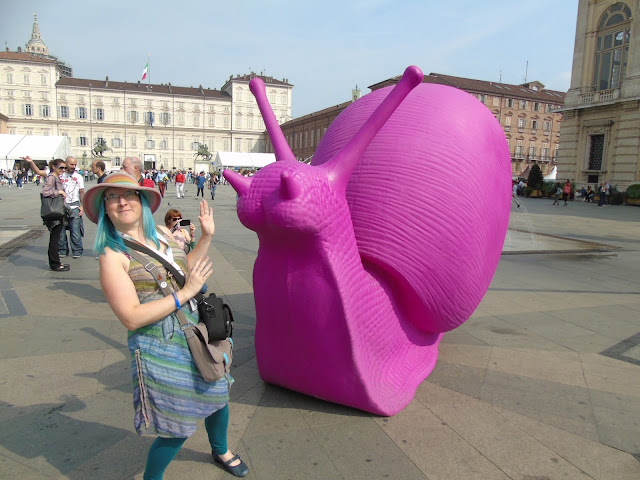 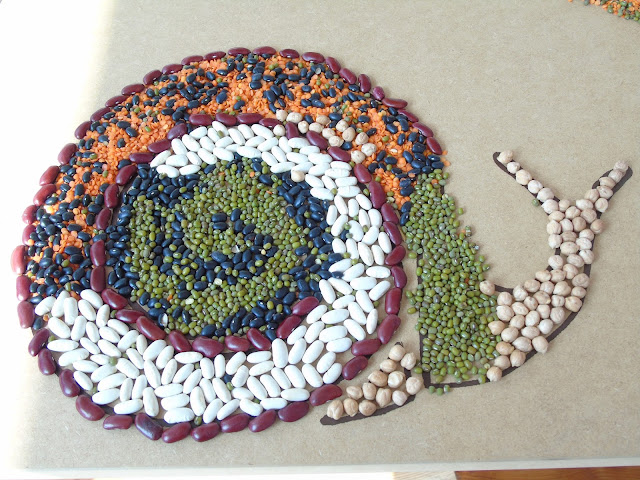 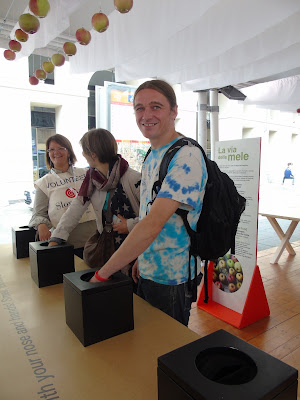 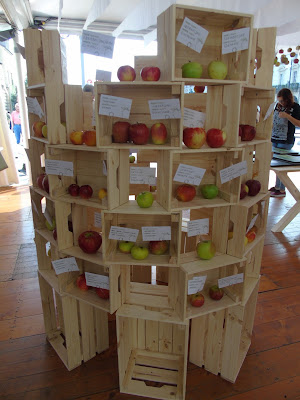 It’s really good fun walking through the city, just seeing what you stumble across because it is such a mixture of architectural styles, historical stories and now the added bonus of street food around every corner! 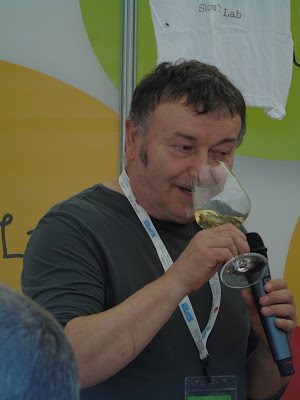 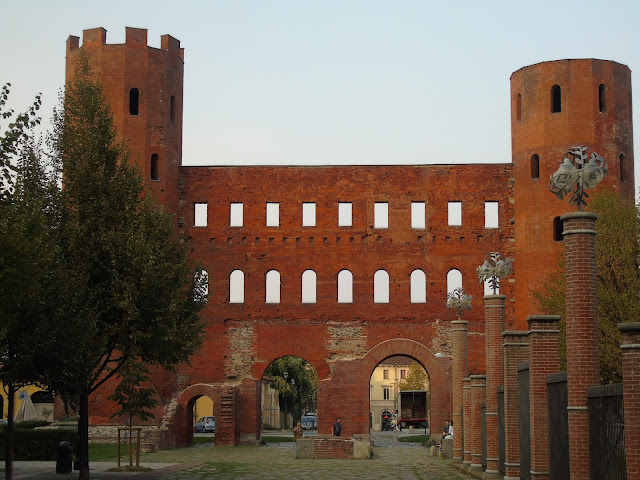 The Via Del Gelato rumbles on as well and yesterday the assembled masses of world-leading Gelatieres literally stopped the traffic with a Maestro flashmob in the middle of the road! The workshops continue around the city, both gelato based on Via Po and more besides at different locations, including snout to tail use of the pig and a very exciting sounding bean mousse!

Down by the river, we were excited to find the alley of craft beer, although at 4 euro for just over a half it was not exactly cheap! I suppose this is what you get in a country where the artisanal beer movement is still in its infancy but that said, the quality of the beers was high. I particularly liked the Machete made by the Birrificio del Ducato company from the Emilia region. It was beautifully floral and hoppy and went down an absolute treat in the afternoon sunshine, although at 7% perhaps it was a good job that the measures were small! 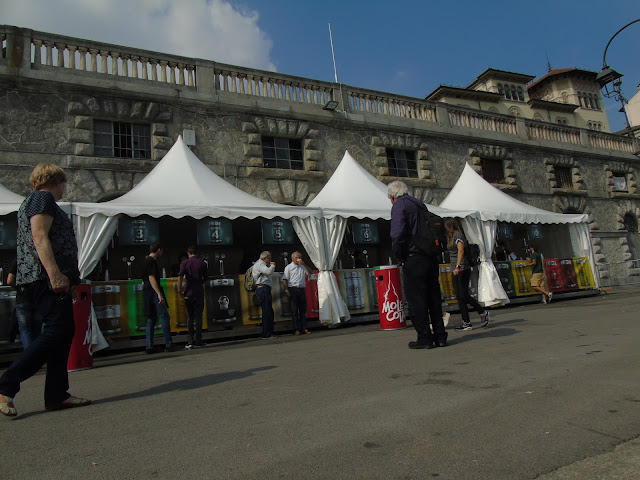 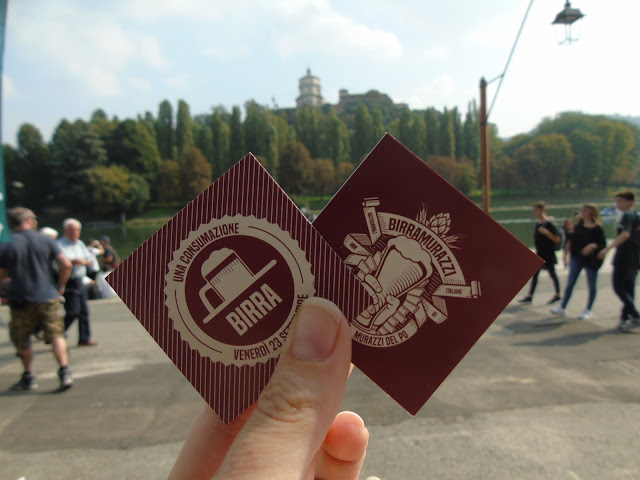 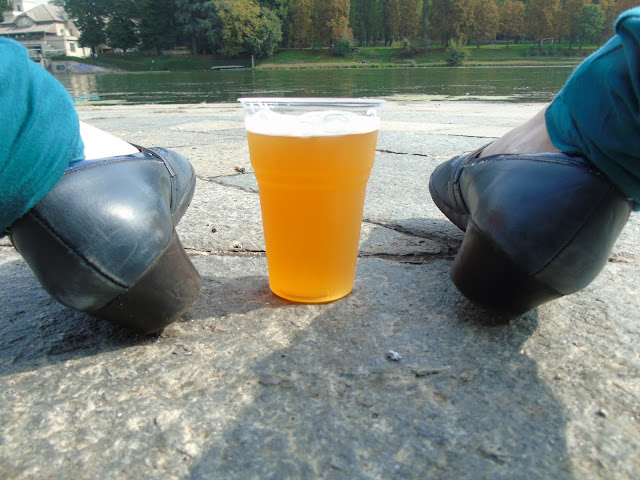 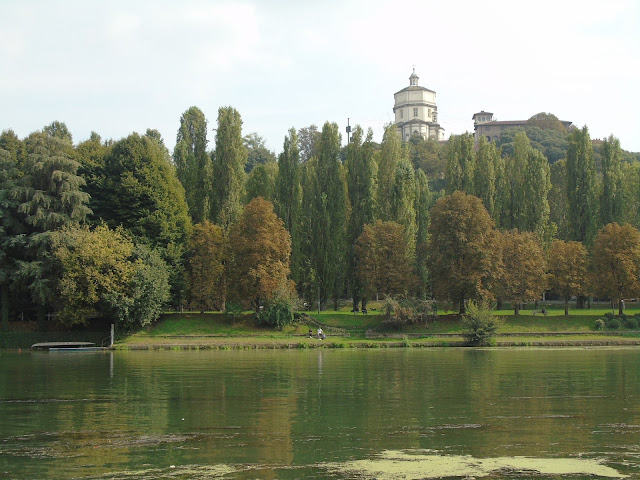 My highlight of the street food was a literal taste explosion called La Bombetta – where the typical Capocollo made with rolled pork is stuffed with cheese, parsley and seasoning and served in a biodegradable cone along with a piece of traditional bread from the Slow Food Presidia Altamura. It was absolutely delicious and surprisingly filling! 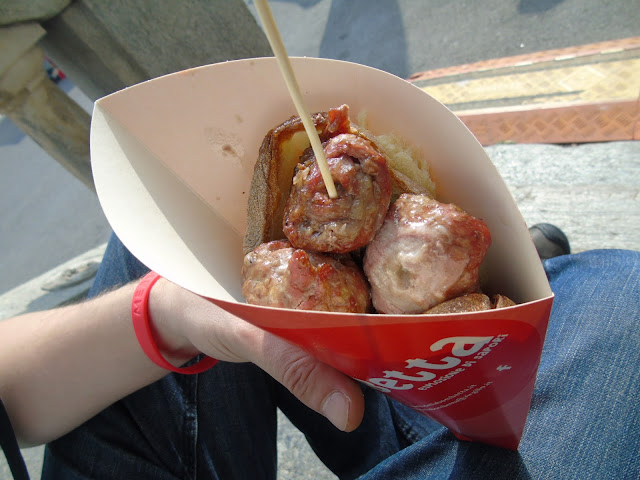 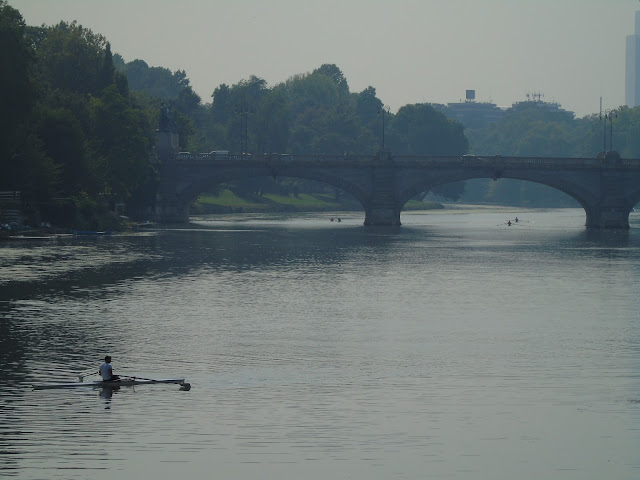 What culinary adventures await us today I wonder?