It’s the seventh anniversary of the world’s biggest coffee morning, celebrated each year in support of Macmillan Cancer Support. Each year all across the country people get together for a chat over a brew and some delicious cake and all the donations go to Macmillan to ensure that no-one has to face cancer alone. 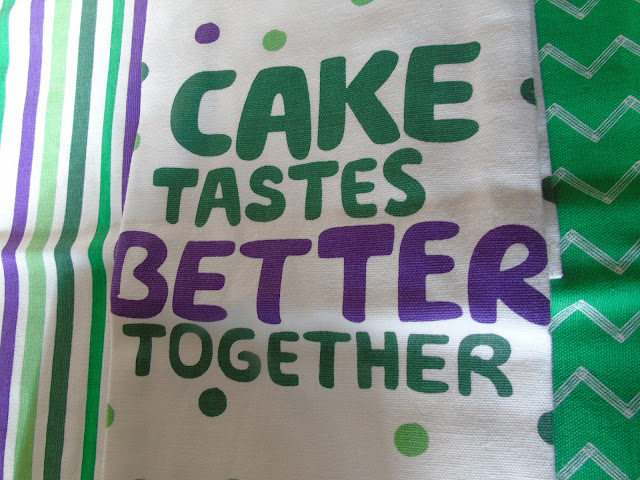 Here in Leicester there has been a flurry of coffee morning action. Exchange bar was handing out free tea and cake to customers in ‘exchange’ (geddit?) for a donation to the charity. There were also coffee mornings happening on Leicester Market, Crossfit Leicester, The Black Horse in Aylestone, The Globe, James’ Cafe Bistro and more!

Join us between 9 & 3 today. We are giving a FREE HOT DRINK & CAKE to anyone making a donation to @macmillancancer #MacmillanCoffeeMorning pic.twitter.com/087siuLJ95

I popped along to the coffee morning being held at Jewry Wall Museum. The front of house team and the Friends of Jewry Wall have been putting on such charity shindigs for a number of years now so they are well versed in doing it right. There were a lovely array of donated cakes, including gluten and dairy free treats and some vegan yummies too – made by the lovely folk at The Magic Kitchen. 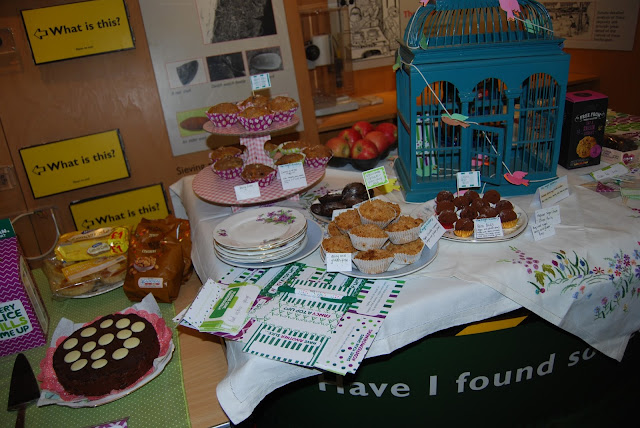 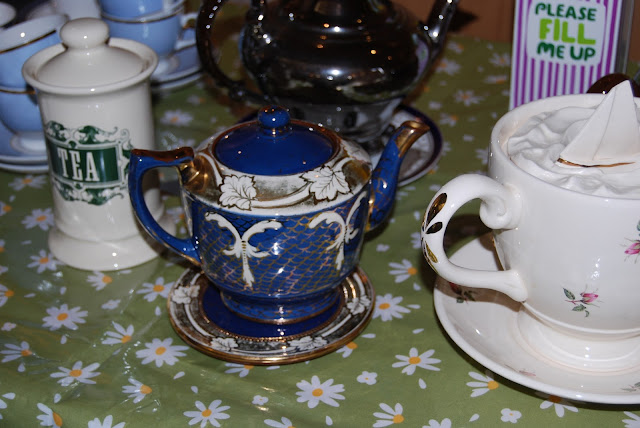 There was also free tours of the Roman bath house and croquet out on the site so you can’t really argue with that. Pretty teapots, a decorative bird cage and fancy cups. If you missed out, then put the date in your diary for next year as it really is the place to be for a nice chat. 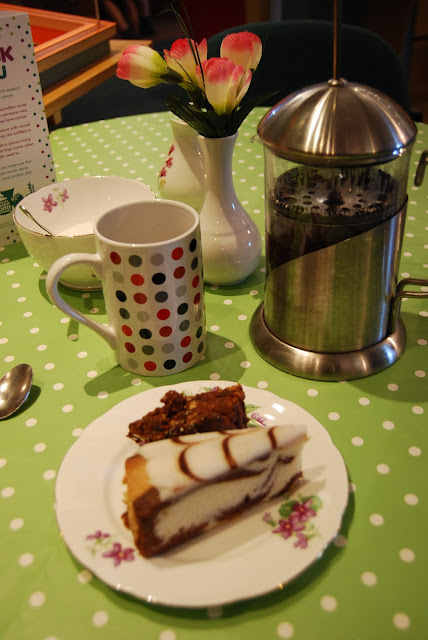 I had the refrigerator cake, which was a chocolatey mass of Rocky-Road style goodness. Weighing in at 7 squillion calories per slice, it’s dense texture meant that cutting a thin sliver was nigh on impossible. I also tried the marble cake, because it was pretty. And I’m greedy. They were both delicious and my donation was duly deposited in the allotted slot.

Then the Mercury photographer turned up to cover the museum event, so naturally I made a swift exit. I don’t have a photogenic side. 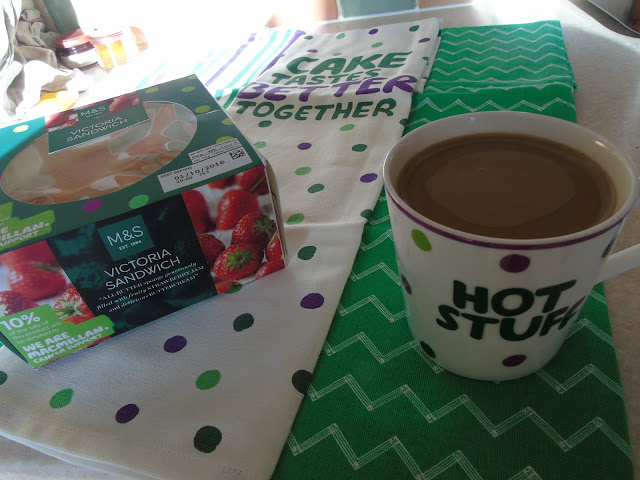 Marks and Spencers are the main corporate sponsor of Macmillan’s Coffee Morning and they have released a range of limited edition sweet treats and baking accessories which all gather a lovely donation for the charity. They kindly sent me a few to try out for myself! 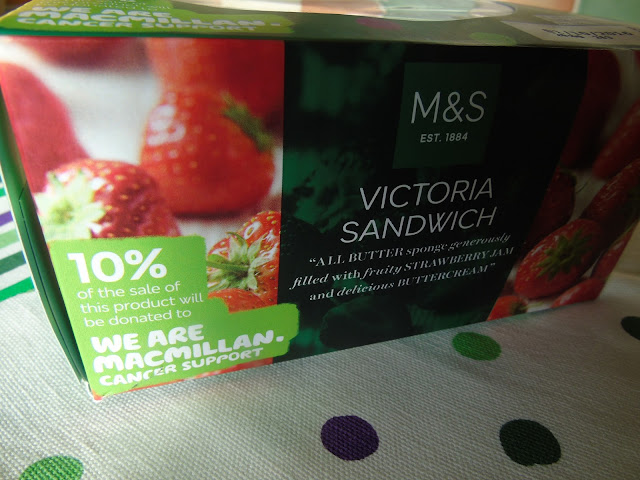 Typically, my postie decided to hang on to my parcel until after I had left for work this morning so I couldn’t take the delicious Victoria Sandwich to donate to the museum, however I will be donating my MacMillan mug to the stock of fun tea party kit for use in future years. We also received some swank tea towels, which I must confess I will be keeping because they are such delightful quality, I don’t think I’ve ever had such a luxurious tea towel before. All decked out in the MacMillan polka dot these items are all lots of fun and best of all add a little contribution to the cause when you buy them and put a smile on the face when you use them.

Have you been enjoying a Macmillan Coffee Morning today?