Edit: Cured has now closed, but look out for the team, they’ll be back at Fullagers on Pocklington’s Walk in Spring 2017.

You might not have noticed the latest addition to Leicester’s dining scene. Cured has slotted in neatly above Brewdog on Friar Lane, so keep an eye out for it. It’s the one with the big pig as a logo!

Martin and the gang invited friends, family and a few of us bloggers down last week to get a sneak preview of what they have to offer – thanks for the invitation guys. The menu is based around home-cured meats and sides, all done in house. Why buy bacon when you can make it yourself? It’s a good question. Of course, the Brewdog beers are an integral part of the curing process, to add an extra something to the flavour. We were given tasters along with the canapes to see how the beery flavour was coming through, but sadly they really were no more than a mouthful so it was hard to actually judge how much the flavours were present!

That said we did get to sample pretty much every component on the menu. From hand cured bacon, to burnt barley and treacle beef brisket, on to salmon pastrami and homemade curly crackling everything had clearly been made with care and most importantly, lots of patience.

My absolute favourite thing, typically, was the mac n cheese balls – they had a wonderfully crispy coating but were still oozy and gooey inside. I was also pleasantly surprised by the vegan pulled jackfruit burger which is definitely not an afterthought on the menu. It has great texture and deep flavour and will surely be a hit with vegans, omnivores and even committed carnivores.

The Punk IPA and maple bacon canape with apple piccalilli was probably the thing I enjoyed the least. I think with the build up I was hoping for so much more, but it actually was relatively plain, even though it looked beautiful. More like a maple cured ham for my tastes. However, I have no doubt that the recipes will be under continuous development so I look forward to seeing how this one develops in the future.

The pretzel bites were also a little on the large side so a bit of a heavy mouthful for me, but this was totally irrelevant in the face of homemade beef jerky which had an oriental twist, giant pork scratchings which make the most excellent bar snack (but a word to the wise, don’t eat with anything too hoppy as the bitterness and saltiness really don’t do each other any favours!) 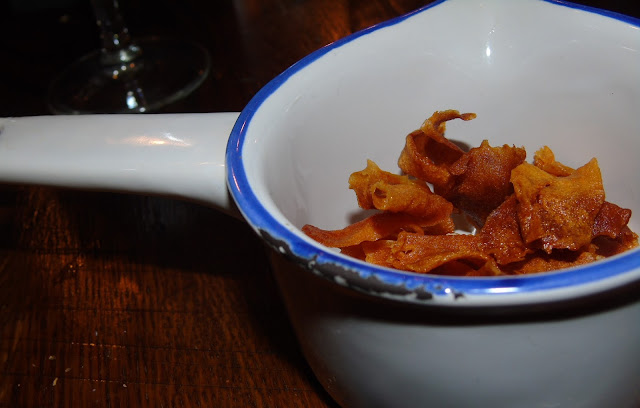 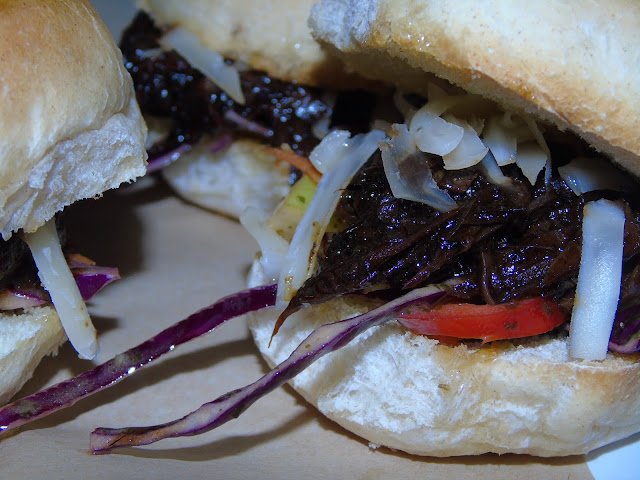 So, some real hits in there and a really promising menu, although the ambient lighting made it really difficult to take decent photos! The team weren’t keen on staying still for photographs either so I’ve done my best…

I am keen to go back and visit on a normal night to get a better idea of how all the individual elements work as complete meals and also to have a better idea about what the service is like. Have you been one of the early adopters and been down there already? Let me know what you thought in the comments below.