More high quality foodie news in Leicester. If you haven’t already made your way to the new Delilah Fine Foods at the newly refurbished 4 St Martins, then here is a bit of a visual treat for you. 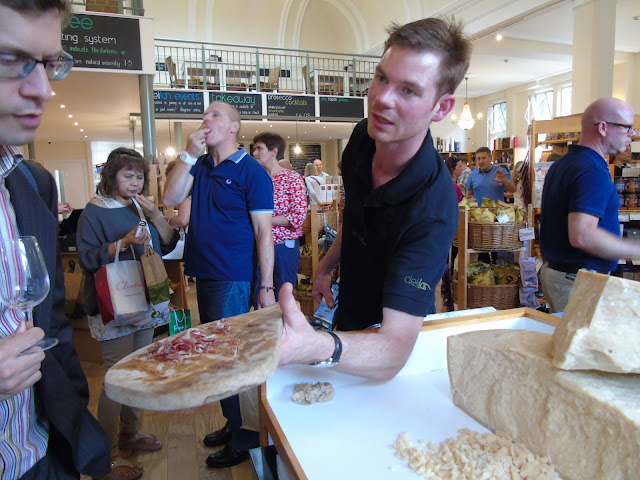 We popped down for the public launch on Friday, a couple of months after the original opening. It was a bustling affair with many familiar faces from across the city in attendance and a whole raft of high quality local food producers available with treats and tasters for us to try. 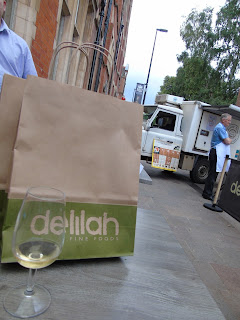 If you don’t know the story, Delilah is one of Nottingham’s success stories that has been transferred to our fair city. A traditional style deli with a great mix of the best of both local and global ingredients on offer, they have moved into the old Allied Irish bank building, refurbished with money from the Heritage Lottery based Townscape Initiative scheme which is supporting the redevelopment of the Greyfriars Conservation area. This explains why we were treated to an opening speech by Leicester’s City Mayor, Sir Peter Soulsby, at the launch. 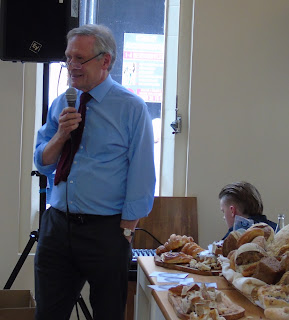 You can eat in or takeaway as you see fit and the selection of meats, cheeses, artisan bread and other deli favourites were really shown at their best. My favourite was the aged Iberico ham which had a wonderful deep nutty flavour and the wheel of gorgonzola which we dug into with small sticks, enjoying the oozy, creamy goodness. 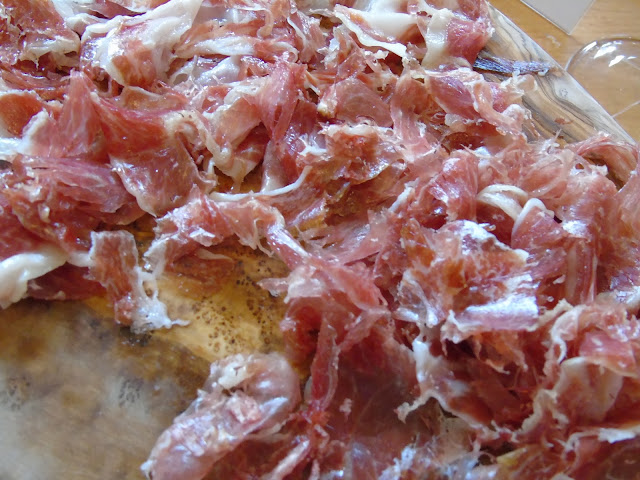 We were also treated to a rare sighting of the hard working folk from Belvoir Ridge Creamery, whose rare breed milk is already a firm Leicester favourite as the key ingredient in the artisanal wonderment that is Gelato Village. The fresh cheese they had to try was absolutely stunning. Subtly flavoured but creamy and fresh tasting it was a real delight. 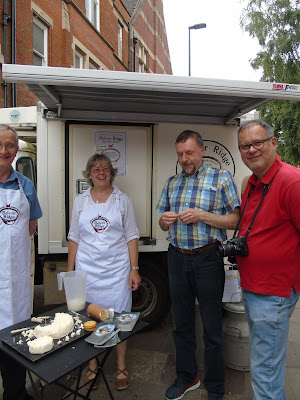 There was also beautiful sheep’s cheese from Wiston, made even more delicious by dipping in hazelnut flavoured olive oil as well as Wild Boar and Juniper pate from The Country Victualler which had a real taste of game and autumnal countryside flavours. 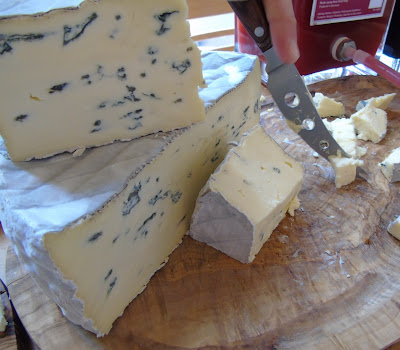 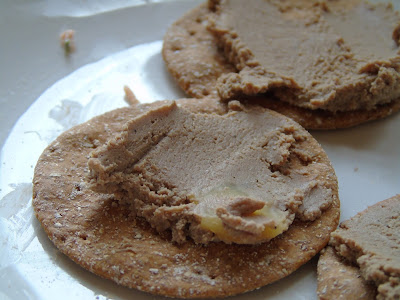 Pudding was well represented also, with Ottar Chocolate‘s chocolate tarts with rosemary really hitting the spot for me with just the right balance of rich bitterness and sweet-tooth satisfying flavour. 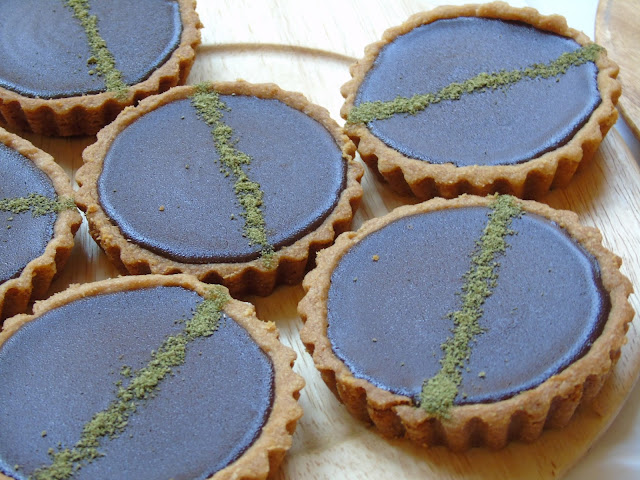 Of course, it wasn’t just deli items that we got to try. There were samples from Delilah’s own menu, including their Lincolnshire Boston sausage, a key component of the Delilah brunch (£8.95) and the deliciously spicy Calabrian nduja and Kalamata olive flatbread (£9.95). I love a good quality Nduja sausage. It is so aromatic and fills your mouth with a beautiful spiced hug. 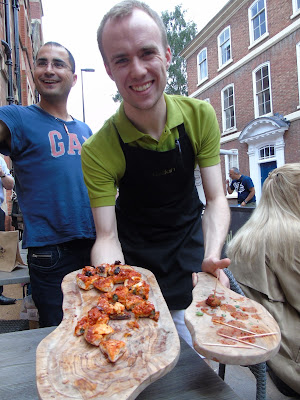 On top of all this delicious food, naturally the drink was flowing with samples of locals Two Birds‘ flavoured spirits, a range of wines from around the world and Nottingham’s Totally Brewed beers available to try. 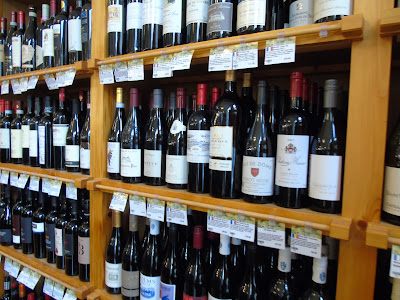 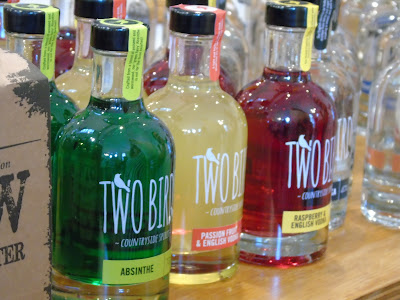 For my money, the Pieropan La Rocca 2013 soave was the best wine on offer that evening, with a great brooding nose which arises from the barrel fermentation and gives a pleasingly creamy, light wine with a very rounded sweetness in the mouth. 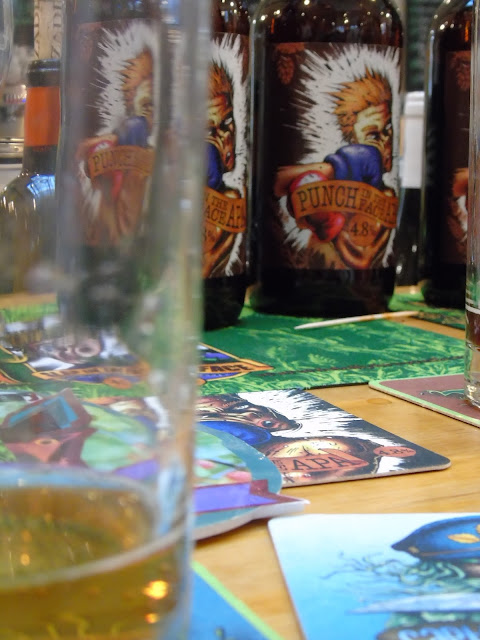 The beers on offer were also some really punchy, hop-filled and robust examples, with particularly fun art work on the labels which I really liked.  Obviously the label does not maketh the flavour, but it is still rather attractive on the shelf. Naturally quite a lot of the suppliers and producers that Delilah have brought with them are Nottingham and Nottinghamshire based so I am hoping it won’t be long before they start stocking the rich food culture that we are generating ourselves here in Leicester too. 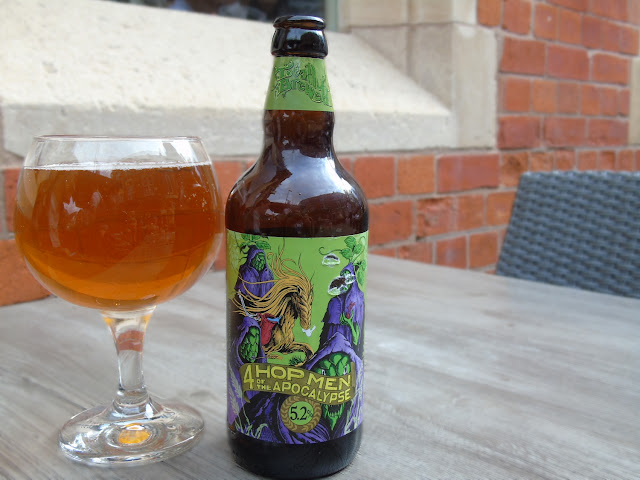 If soft drinks (and mixers) are more your thing, I can definitely recommend Franklin and Son‘s selection of lovely traditional soda pops! We enjoyed both the Dandelion and Burdock, made all the more refined by the addition of star anaise, as well as their Strawberry and Raspberry fizz with a hint of black pepper. 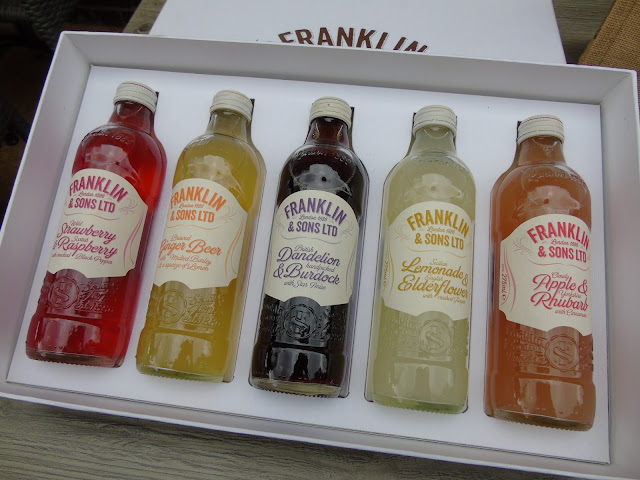 So, a great resource for the city – a beautiful building in which to enjoy a coffee, lunch or evening drink with friends and a fantastic, well supplied deli with a vast selection of new ingredients and great quality foods to try. I wish them all success!