Pedal power for a season ticket to the Euros!

One of the things I love about being a Leicester blogger is all the batshit crazy stuff that people in this city come up with to pass the time. So when I got asked if I wanted to have a go on a pedal bus around the King Power Stadium, with a free beer thrown in, naturally I was in!

Of course, as you can probably guess by now, it was a marketing stunt, but a wholeheartedly good natured and fun one. The aim was to get the word out about the new Season Ticket from Greene King which is free to get and gives you 10% off  selected drinks one hour before, during and one hour after televised games in the pub, including Euro 2016 and Rugby Union. When you register your card, you also get a free pint, plus there is the chance to win other great prizes when you use the card (like 1000 Euros… nice!)

Locally, you can pick up and use a Season Ticket at The Counting House, The Local Hero, The Bees Knees, The Oadby Owl and the Narborough Arms as well as many more pubs further afield. 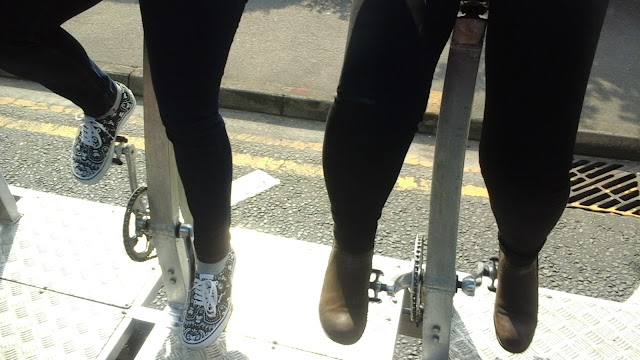 Anyway, we turned up at The Counting House on Freeman’s Common on a blazing hot day and proceeded to use our pedal power to take #LeTourDePub on the road and out down to the KP and back. 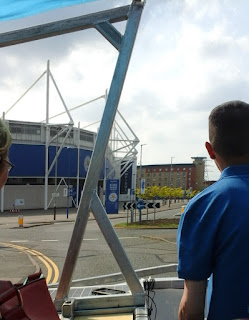 Even the new Lord Mayor of Leicester, Councillor Stephen Corrall had turned up to take in the spectacle, although it seemed that he must have had a tiring day already as he was unable to *actually* participate with the cycling.

The music was turned to the max and the sunshine meant that everyone had a smile on their faces even though we were inexplicably engaging in voluntary exercise at the end of the working day. It was laughter a-plenty as we took to the highway and held up the traffic all around the Freeman’s Common and Aylestone Road area. Happily, most of the drivers who were stuck behind us seemed to take it in relatively good humour, even though it was getting to rush hour.

And now all I want in life is an Extreme Housewifery Pedal Bus. Although I imagine I wouldn’t be able to convince anyone else to ride on it with me so I guess I’ll just stick to riding The Tank around the city. What’s the weirdest thing you’ve seen happening in the city recently?

As well as a free Budweiser at the end – which was much needed due to the heat, we were also surprised to be presented with a Budweiser football, selfie stick and bottle opener for our efforts! What a result, I was just happy to be doing something a bit mental and pointless for half an hour. 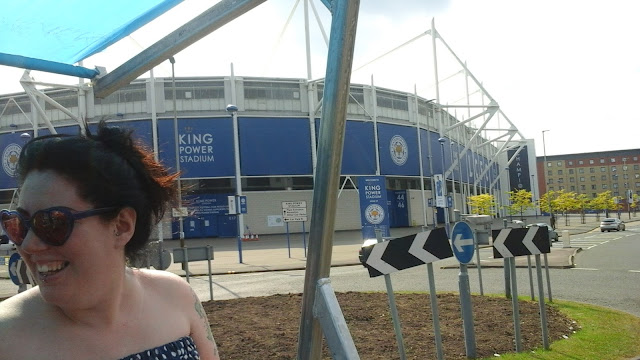