Mastodon Nosh at any time: The Kitchen at The Cookie ⋆ Laura Hadland: The Extreme Housewife
Skip to content

Nosh at any time: The Kitchen at The Cookie

Edit: sadly now The Kitchen is no more. A real blow to Leicester.

You may remember we were invited to The Cookie at the beginning of the year for the swank opening do of The Kitchen, the brainchild of Nick Towarianskyj. Well, he’s back with a new summer menu and me and a couple of blogger mates were invited down to be some of the first to sample his wares – with a few cocktails from The Attic thrown in of course! 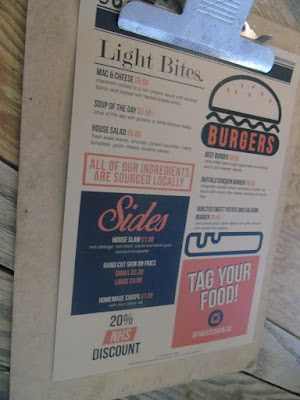 I love a good night out with my blogging chums. It’s so lovely to have such a diverse group of friend who are full of interesting conversation, laughter and, inexplicably, cucumber-centric discussion. We were treated to sample portions of a wide variety of dishes through the menu – taking us through breakfast, lunch and dinner. What a life!

First off was brunch and a salt beef hash that smelled absolutely heavenly. This was a pan of gorgeously tender salt beef with roasted potatoes, beans, sweet caramelized onion topped off with a fried egg and of course, a bit of toast on the side. This was an amazing start and probably the dish of the day for me – full of punchy flavours this would be a fabulous pick me up. Because we had tasting portions we had quail’s eggs on ours (fancy!) but rest assured you’ll get a good old full size chicken egg on the full portion version. Nick is a fan of big portions too so you won’t go wanting.

Next up our table with laden with a selection of some of The Attic’s finest cocktail offerings. These are as  beautifully presented as the food and certainly for my money I would say they have easily one of the most interesting and diverse cocktail ranges in the city at the moment.

We had a long, fruity Zombie, which was fresh and zinging with citrus fruit flavours. There were a couple of gins in there, including the aromatic Hendricks with cucumber, rose petals and black pepper. Although I am not the biggest fan of cucumber in a G&T (and definitely not in a Mojito) I did find the rose petal and black pepper complimented the botanical profile of the Hendricks really nicely. However, it was generally agreed that those teeny tiny cocktail straws would have been better to drink it to avoid getting bits of dried rose petal in your teeth. It’s the lickle things that make a difference. 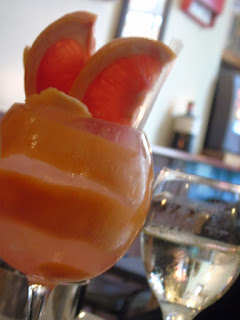 We also had a Bloom gin with fresh strawberries which was delightfully refreshing – Wimbledon in a glass for those of you who are preparing for that. Big shoutout to our friends at Leicester Market who provide all the fresh fruit that is used in the cocktails too. Delicious. This one would be perfect to drink in the sunshine out on the terrace, which is one of the best kept secret spaces in the city by the way… 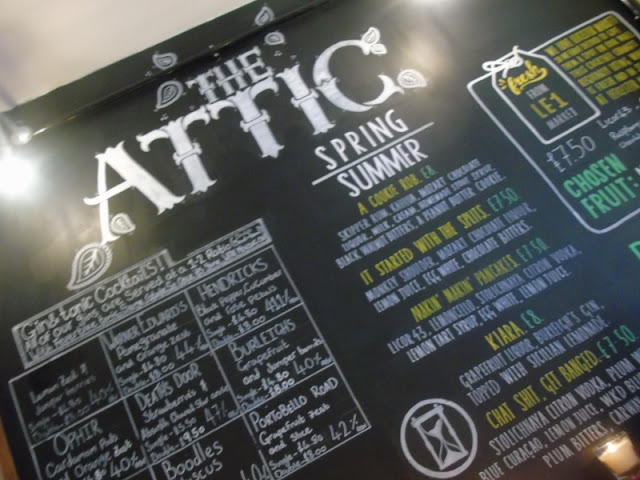 And there was more – a luscious rhubarb crumble cocktail, complete with crumble topping on the frothy egg white header – this was universally agreed to be diving by all present. And, perhaps most unusually, the avocado margarita which is usually served with nachos for dipping. It’s thick and velvety and the delicate avocado flavour is not lost, although unusually the tequila flavour does not come through particularly strongly. Garnished with a sprinkle of chilli flakes this is drinks with the girls, lunch and one of your five a day all rolled into one. 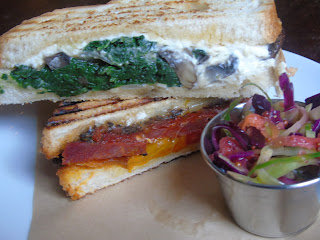 Anyway, back to the food and now we were on to lunch, with samples of some of the toasted sandwiches accompanied by a lightly dressed and crisp raw slaw. Naturally the chorizo and pepper sandwich was awesome, as anything with chorizo always is – the crisp bread really being a surprise star, but then the mushroom, spinach and goat’s cheese sandwich, my word! Absolutely divine! Right up there with the salt beef hash as my favourite of the evening. Carnivore’s be damned, that sandwich is the way forward. You can get any sandwich with homemade crisps and a soft or hot drink at lunchtime for a fiver and trust me, for this sandwich that is an absolute bargain. They also have other American classics like the Cuban and the Reuben on offer. I would happily recommend giving them a go. 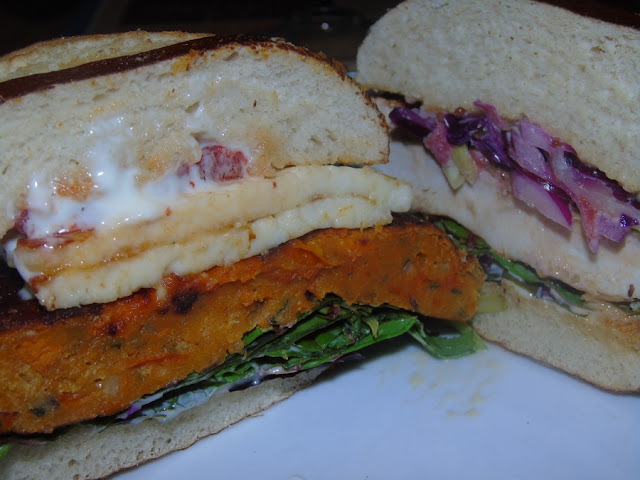 And finally, it’s dinner time and we were on to a sample of the burger menu. This blogger is oft tasting a burger or two as it seems to be our fine city’s latest obsession, but I have to sing the praises of the Burralo Burger which was incredibly moist chicken with a really well balanced spicy rub and great griddled flavour along with some crisp and tasty slaw. The sweet potato burger was less to my liking although the creamy sauce and halloumi topping were incredible. They were great brioche buns as well, certainly amongst the best I have tried locally with good flavour and texture, although it was quite a messy affair so we all ended up resorting to using a knife and fork!

All in all, a great night was had by all. Good food, lovely drinks and wonderful company, what more can a girl ask! Big thanks to The Kitchen and The Attic for inviting us all down and being such fun and friendly hosts. Pop in and let me know what you think in the comments below!