It’s already been tried and tested, lighting up St Peter’s Square in blue for the #BackingTheBlues weekend, but yesterday the new light sculpture at Leicester’s Highcross was formally open and it’s first special commission was unveiled for the first time. 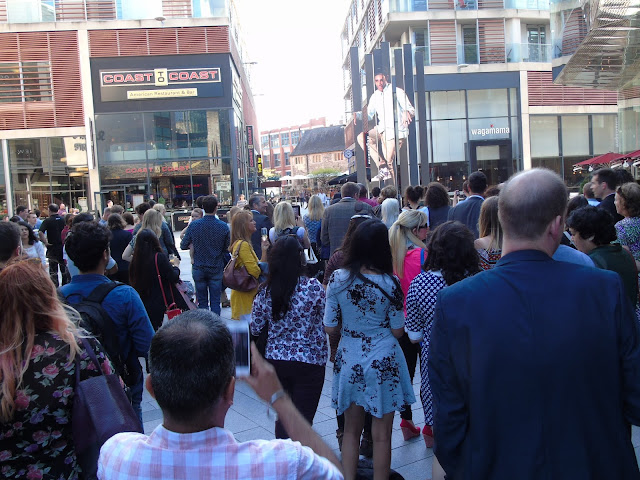 Giant totems light up with images which can only be seen in complete harmony from specific vantages, whilst walking around the display gives a fragmented, disjointed effect which is alluring and draws the viewer in. Its ambient setting creates a moving image piece which changes in relation to the weather, people in the vicinity and cultural events taking place in the city. 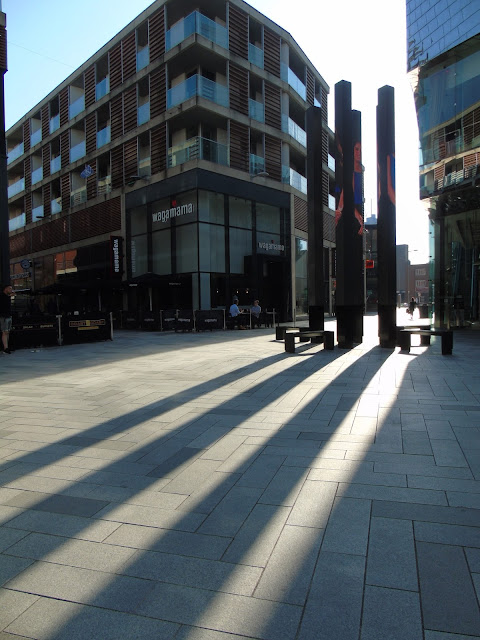 Yesterday, however, a special commission was unveiled which was composed of 160 moving image portraits of Leicester people that were taken at the Curve theatre. The people become giant statues, visible from three sides. Their actions are unearthly and slow, some have props and undertake specific actions with them, others barely move at all but the slow motion makes each individual action, right down to an unconscious blink take on seeming significance because of their monumental scale. 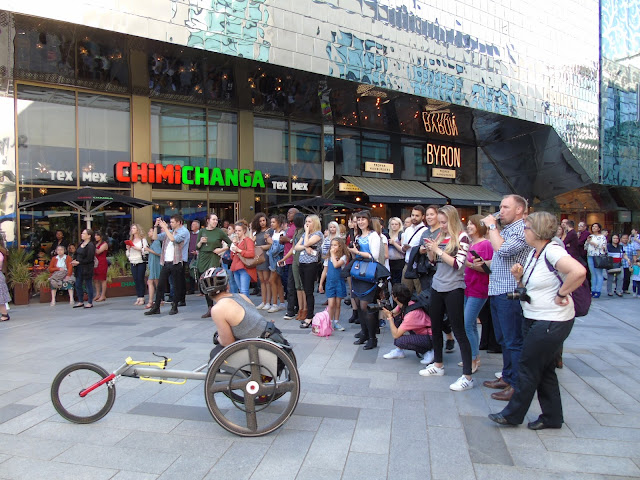 Many of the portrait subjects turned out yesterday with their families to see their image on the big screen – as it were – and were treated to tasty treats at Chimichanga. It was fabulous to hear whoops and cheers as people recognised themselves in the sculpture and in the beautiful sunshine it created a real festival atmosphere. 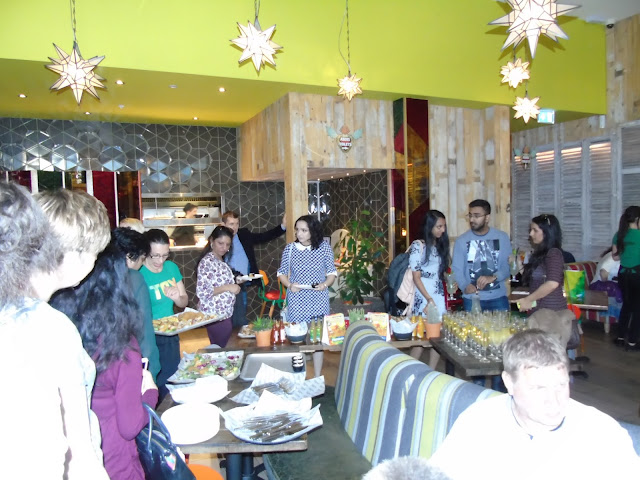 It was commissioned by Hammerson, the company that brought us Highcross’ redevelopment, in collaboration with Levitate architects and the Studio of Cinematic Architecture. I think it’s absolutely wonderful, a real asset piece for the city. I look forward to seeing what installations we will be treated to in the future. Another piece of unique Leicester.