Dallying Down the Dingle

We took a trip to Ireland with some friends a couple of months ago, which is basically an excuse for me to post photographs of achingly beautiful scenery that’ll make you all jealous. But let’s dress it up as a sort of travel guide shall we?

Our friends have a small cottage on the Dingle Peninsula which they are in the process of renovating. Visiting in March we knew we were taking a bit of a gamble with the weather, but a woodburning stove and a couple of electric blankets meant that we were very cosy, all things considered – and a couple of the days we got the most gorgeous sunshine, which was not at all what we had been led to expect! 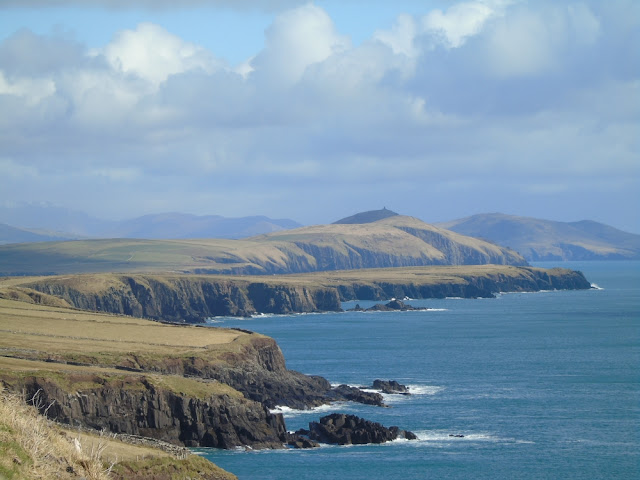 First and foremost it is the scenery that attracts you to this part of Ireland. It is an endless conveyor of rolling hills, rocky river scenes, quaint towns and dramatic seascapes. As it rains all the time (the locals were complaining that they had had some rain every day since November before we arrived), the countryside is rich and lush. Even in very early Spring when we visited the colours are incredibly vibrant. No filters needed. 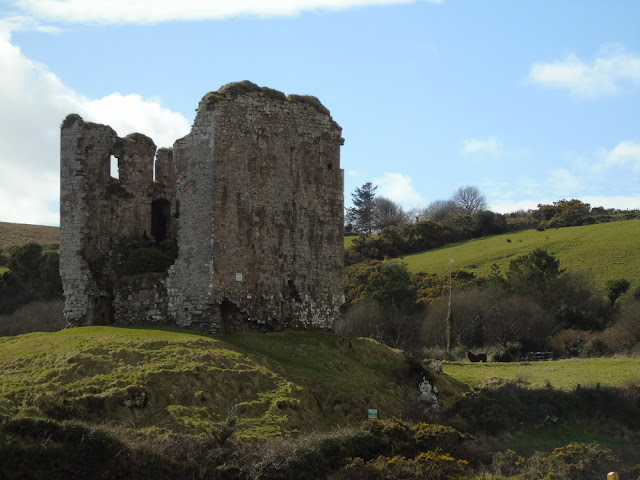 The countryside is also littered with ancient megaliths left right and centre. We took a trip out to visit the imposing Minard Castle, a remnant of the 16th century which was the site of a focused attack by Oliver Cromwell later in the 17th century. There are also smaller standing stones all around the peninsula, of much greater antiquity, including some which feature Ogham inscriptions – the earliest form of Irish writing which stretches back to the Iron Age. Along with beehive huts, oratories and tiny churches there is plenty to satisfy the curiosity of those with an interest in any of man’s past ages. And it is rather fun exploring the countryside trying to find something you just heard about offhand in a guide book! 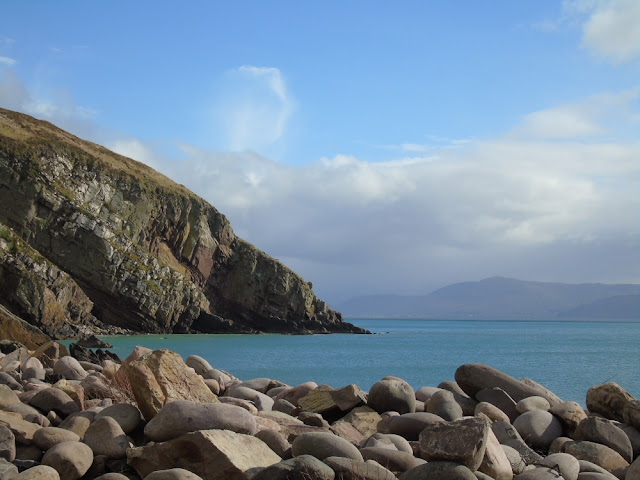 Of course, it’s not all rural idyll. Well, it kind of is, but there are small towns and villages too. The largest and the most popular with tourists is Dingle itself, famous for its boat trips around Dingle Bay to see the resident dolphin, Fungie. There are also plenty of hostelries for you to indulge in the 100% mandatory pint of Guinness (it is better over there, I’ve never enjoyed Guinness in my life before this trip) and, if you are feeling a little more adventurous you can try some of the locally brewed ales. I particularly liked the Gneas (pronounced with a hard G) which apparently is Irish for sex. I’m not sure why exactly… Hoppy, floral and strong I found this to be a refreshing and delicious beer. 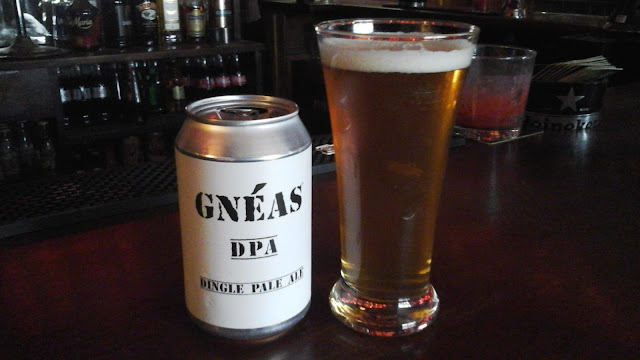 There are, as you would imagine, a number of great little pubs where you can get good food, hear a little bit of Irish folk and generally enjoy a nice bit of banter with the locals. I’m determined not to appropriate the concept of ‘craic’ in this post, can you tell? Our favourites were Foxy John’s in Dingle itself which dubiously combines pub with fully functioning hardware store. It has a lovely open fireplace in the next room back from the street and is actually a bit of a tardis with some terrace areas at the back which I imagine are lovely should good weather come your way. We were also big fans of Hanafins Bar, a bit further up the peninsula at Annascaul, which is a bit of a hidden gem and had a good selection of locally brewed ales. 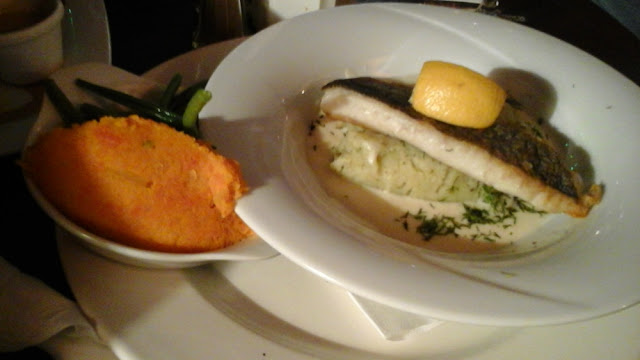 Of course, there is some fabulous food on offer in the peninsula too. Naturally the seafood is a bit of a draw, and we thoroughly enjoyed a hearty seafood chowder for lunch on one of the days with delicious homemade soda bread. We also enjoyed a stop off in John Benny’s Pub, also in Dingle for lunch on one of the days, where we enjoyed delicious locally caught fish and mussels, all served with the freshest local vegetables. Just gorgeous.