You know when you have a party and a quarter of a million people turn up?

250,000 people are thought to have gathered in Leicester to watch the victory parade this evening. #havingaparty pic.twitter.com/3nkp1Pp81f

Leicester got that feeling yesterday in what was an amazing culmination of our #BackingTheBlues experience. The city started to get busy from lunchtime, even though the parade wasn’t due to start until 6pm. The barriers went up and people staked out a prime spot from midday onwards. 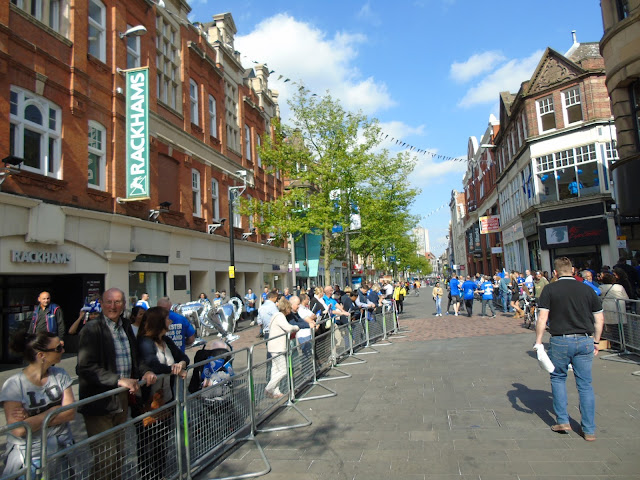 The frequency of blue shirts, flags and scarves increased as people finished work for the afternoon and town started to get a little busier, but I don’t think any of us were really prepared for the volume of people who were going to come to see Premier League Champions, Leicester City FC, take their open top bus tour through the city.

The bunting and decorations that have been up in businesses and shop windows around the city since #BackingTheBlues Day back on the 29th April seemed to multiple yet further as we all prepared for yet more celebrations and the parade of four open top buses through the city centre. Lots of businesses went a bit dolally and started giving out free stuff. I got to enjoy one of the 150 free Crafty burgers, which were well up to their usual standard – juicy, delicious and full of top quality ingredients. 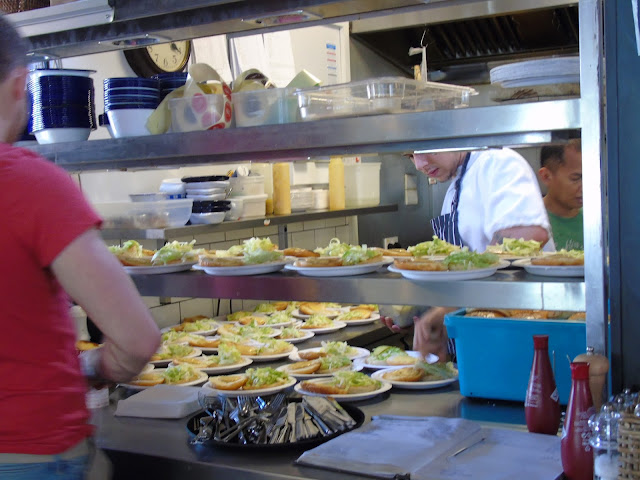 There were also free Meatcure burgers making their way around Jubilee Square, courtesy of Deliveroo, not to mention free milkshakes for season ticket holders and rumour had it Cadbury were down Leicester station handing out free chocolate. Steakout were also handing out ice creams with blue sauce down on Granby Street. Everyone wanted to share the love and give out treats!

The carnival atmosphere started to build. Verily, Leicester was #havingaparty, as Jamie Vardy decreed it should be. Some people were even bringing vodka. Some people were just having a nice early afternoon pint outside Wetherspoons. But then they weren’t allowed to sit outside the pub anymore, because it was nearly parade time. 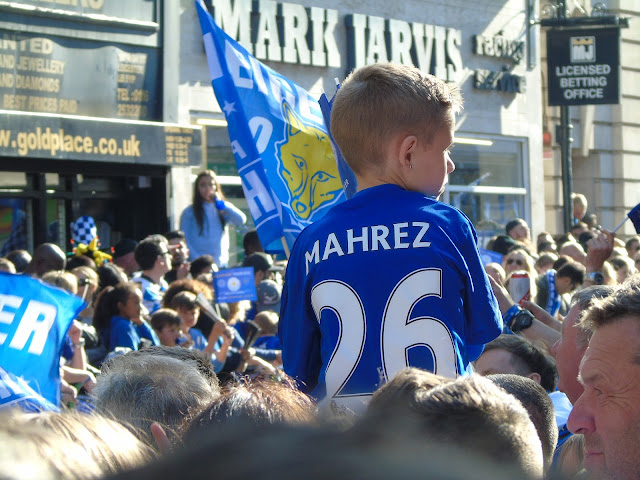 Standing room only as the approximately 1.5 mile underwent a series of rolling closures as the four decorated buses carrying players, staff, their families and of course, the precious trophy through the city. They wanted the city to come and celebrate with them and by god we did. Estimates before the event were an unbelievable 100,000 attendees, but in the event it appears that quarter of a million people turned out. Something in the region of two thirds of Leicester’s population.

To put it into context, the procession taking the mortal remains of King Richard III around the city and the county – a TWENTY TWO MILE route – is thought to have been lined by 35,000 people. We thought that was the biggest thing we’ve ever seen. No-one was prepared for nearly 250,000 to line a mile and a half of the city and hang out at Victoria Park. 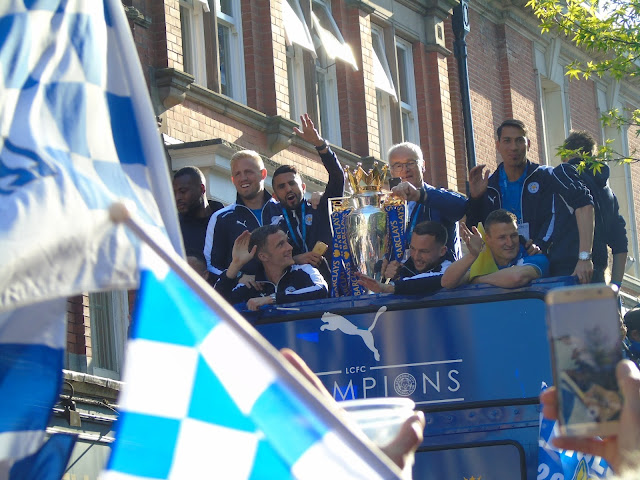 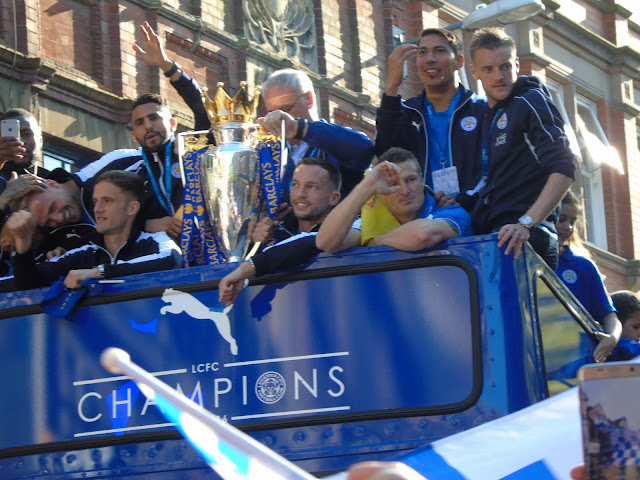 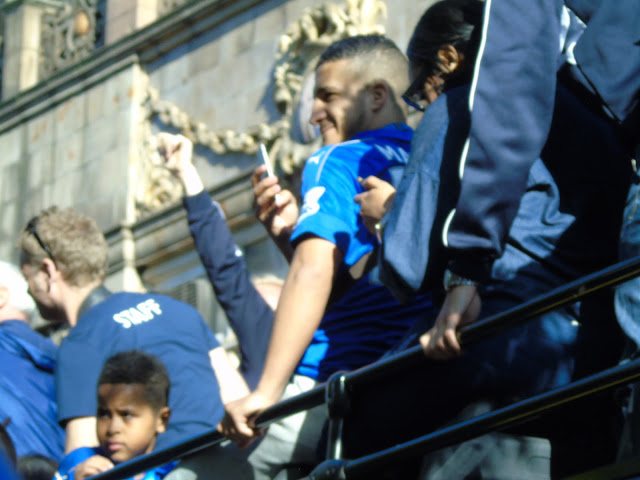 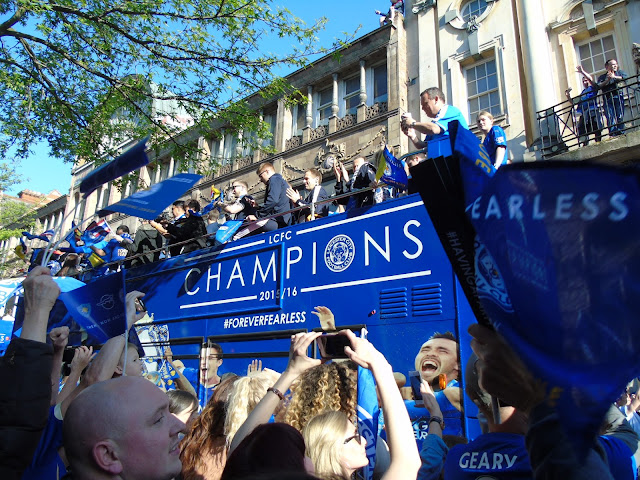 It was a beautiful day, the sun shined brightly on us and spontaneous chanting, cheering and celebrating broke out as the buses passed by. There were so many flags and cameras going that it was practically impossible to get a decent photo, but it really didn’t matter, we all just loved experiencing it and I loved capturing the moment. Then Okazaki threw something off the bus and it landed in my direction, so photography stopped (hence no Okazaki shot!!) while I picked it up. Hey Presto! My own LCFC bracelet, to match the charity Foxes Foundation one I bought a few weeks ago at the Dry Dock! Chuffed is not the word. 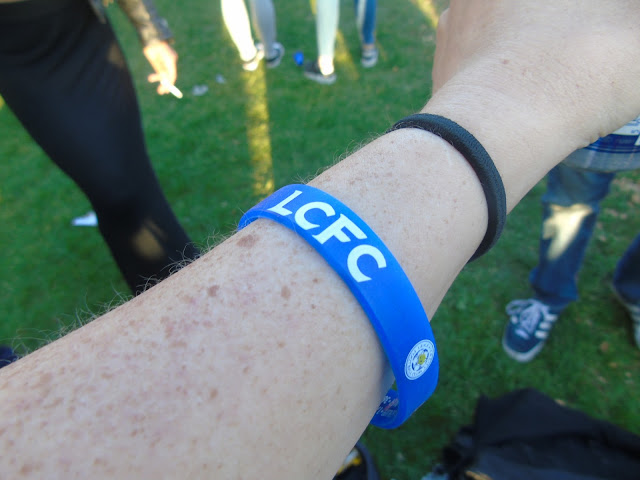 And in the blink of an eye, they were gone and the exodus to Vicky Park began! This was surprisingly fun and also the point where you started to get a feel for just how many people there were all across the city centre. 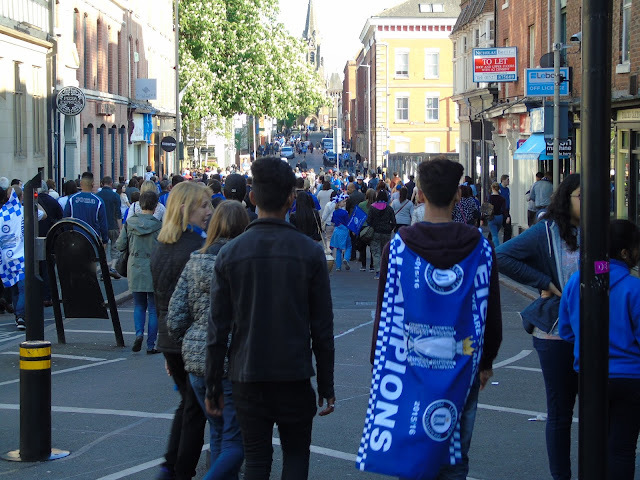 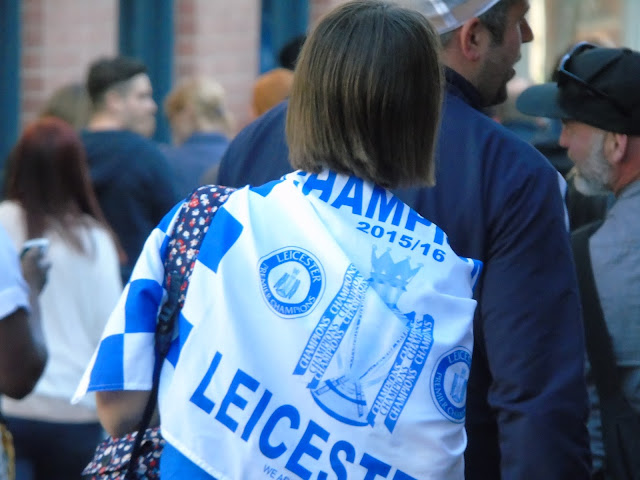 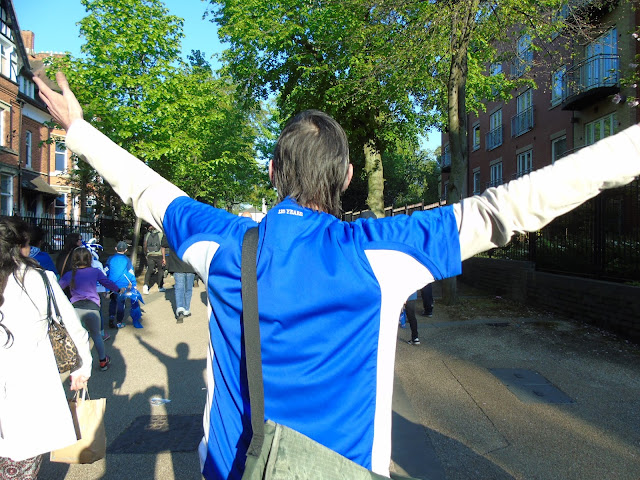 Once at the park, there was just an incredible amount of people, singing, dancing, laughing. The team came on stage and words were spoken. We were so far back we couldn’t hear a thing, but it didn’t matter. It was all about just being there, with our friends, with our city, all celebrating a special team and a special season. 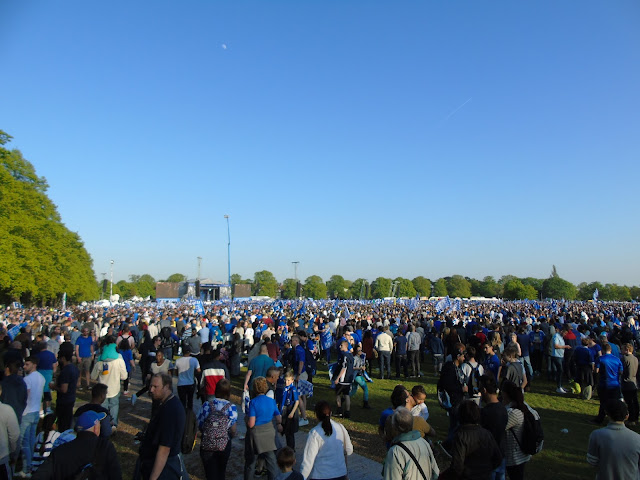 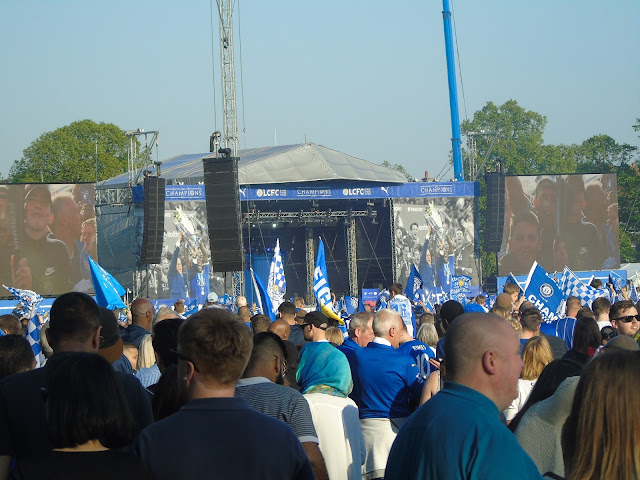 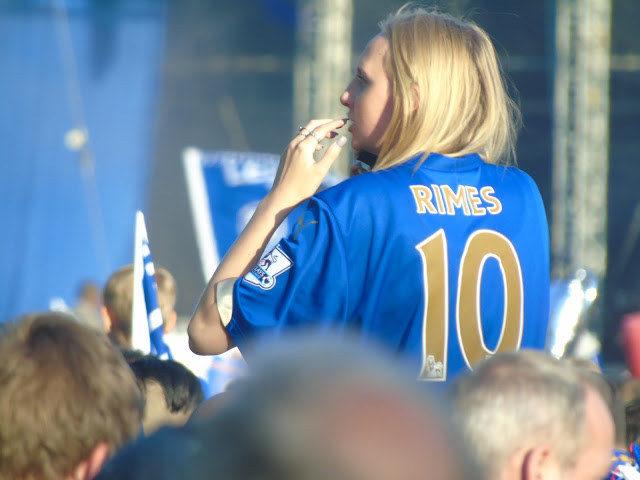 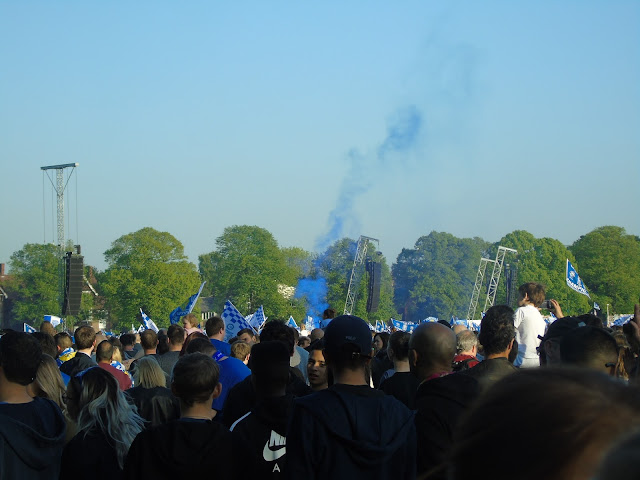 This is kind of where words fail me to be honest. It didn’t matter what was being said, it was just the experience of being there that was amazing. The team were there, Ranieri was there, the trophy was there, and we were one big Leicester community celebrating their achievement together. I’ve read so much this season about how LCFC’s supporters don’t represent the demographics of the city, but yesterday you could see what utter twaddle that is, written by journalists who have never spent any time here. All people answered the colour, regardless of background or place in the world. And all were welcome. 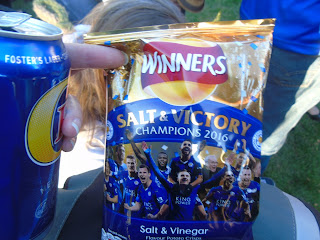 Then we bumped into Riyad Mahrez. He’s a lot smaller in real life than you’d expect. 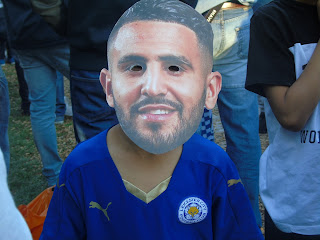 We all got our Salt and Victory crisps and then Kasabian took to the stage. Seems Leicester isn’t as united by Kasabian as they are by LCFC. Judging by the number of people (ourselves included) who beat a retreat at that point, I’d say Leicester is about 30% pro-Kasabian. But hey, no accounting for taste is there. Then there were fireworks later on and Leicester set about really #havingaparty. And I went home to bed, because this party has been going on for months now and I had work the next day.

Well done Leicester. I salute you. 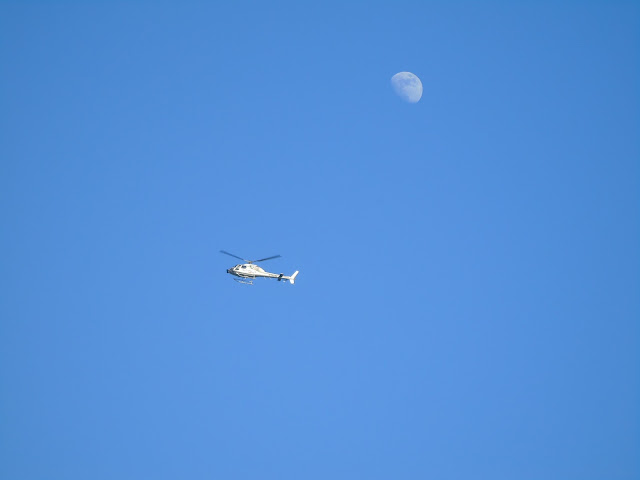