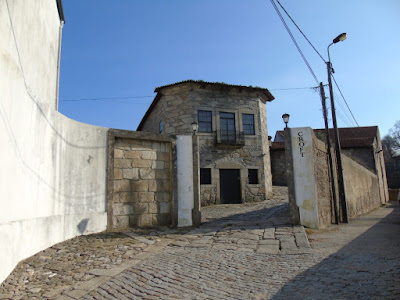 I promised you more port wine didn’t I? Well it would be rude of me to renege on that one, so here we go…

After we had visited Porto’s own Sandeman as part of our competition prize from Wine Tourism in Portugal, we headed on up the hill of Vila Nova de Gaia to Croft, another ancient and respected port wine merchants.


Founded in 1588, Croft is the oldest of the Port Houses, although it is now part of a larger parent company, like pretty much all of them. It is set up the steep paths and stairs of Gaia and commands a beautiful view out over the town. Despite its venerable history, they are not afraid to experiment – something that made our tour extra special for me. 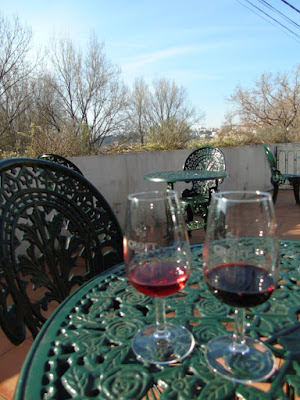 Enjoying the beautiful winter sunshine, we took our first tasting on the veranda, as one does. First up was a rose port – something I did not even know existed and is only made by the pioneers at Croft. Thankfully this is readily available in the UK – I spotted it at our local Co-op just last week! It was served chilled and was light and refreshing, despite the sticky cherry flavours that were melded with hints of raspberry. I loved it and gave it a solid 8.5 out of 10.

After that, we tried their 8 year ruby port, which had a vibrant colour with its age showing in the halo around the rim of the glass. Even with its age, the huge vats in which it had slumbered for 8 years had meant it kept all of its fresh fruity flavours but still had plenty of depth and body. It was fantastic, but not quite as novel, so *just* an 8 out of 10 for that one!! 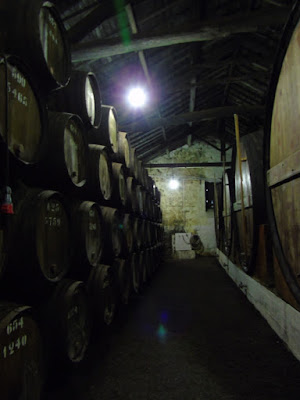 After our tastings we were taken on our tour. As we were the only ones that had made the climb away from the tourist focus of the town, along the river, it was a pleasingly private tour which allowed significant flexibility for us to ask lots of questions. We learned a lot more about the brandy used for the fortifying of the wine, the grape varietals used and understood in much more depth the aging processes and the distinctions between the different types of port. For me, this was the best tour I had taken in a long time, with lots of interesting detail, quirky stories and an enthusiastic and knowledgeable guide. 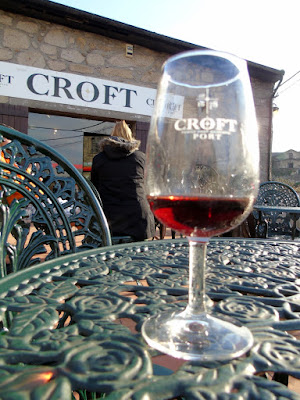 The final tasting on the tour was a 10 year tawny port, which beautifully demonstrated the difference in aging styles – being significantly lighter in colour than the ruby and with the fruit flavours having mellowed to give more dry fruit and even nut characteristics. Again, like the 8 year ruby, this scored a good 8 out 10 in my little notebook.

After that, we got chatting with the Croft staff and decided it would be veritably churlish of us not to hang around and buy ourselves a special treat glass of their Vintage 2011 port. What a decision that was! I am still celebrating my foresight and clarity of vision on that one. 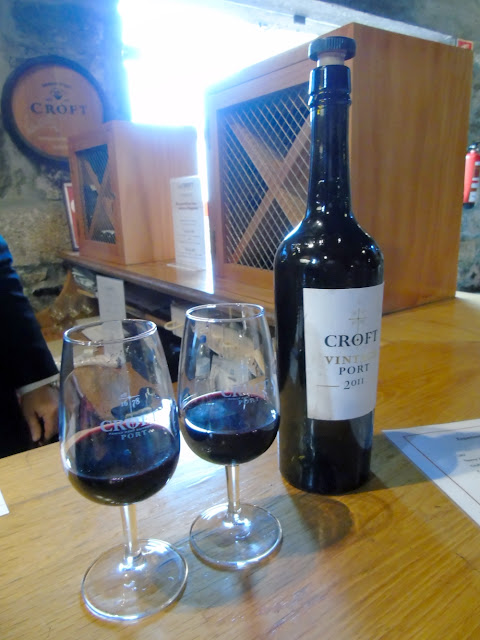 I have to start my notes by saying this wine is a golden 10 out of 10. I know! My little wine notebook hasn’t seen a 10 in its entire history, and then thanks to Croft and our mates at Recaredo and their 2000 Turo d’en Mota cava we’ve had two come along at once in the space of just two short weeks. Lucky, lucky wine blogger.

And I am not alone in my enthusiasm for this wine. The Wine Spectator gave it 97/100 and my favourite, Jancis Robinson, editor of the Oxford Companion to Wine, even gave it a stonking 17 out of 20.

My notes for this wine are long, gushing and confused as I added more and more to the page as the wine unveiled its secrets. This bottle aged wine is relatively young but still has amazing structure and light tannins. It is full of blackcurrant on the nose, with hints of plum and vanilla.

When you drink it there is no alcohol taste, just a light fruity sweetness which dances on the tongue. Starting with red grape it softens to an almost mallowy flavour with black cherry, blackcurrants and a hint of spice – menthol, aniseed – which develops into a stronger black pepper on the finish. If anyone is considering buying me a present, do pop along to Connolly’s in Birmingham and hand them £55 in unmarked bills in exchange for this delicious wine. You will make me a very happy woman. 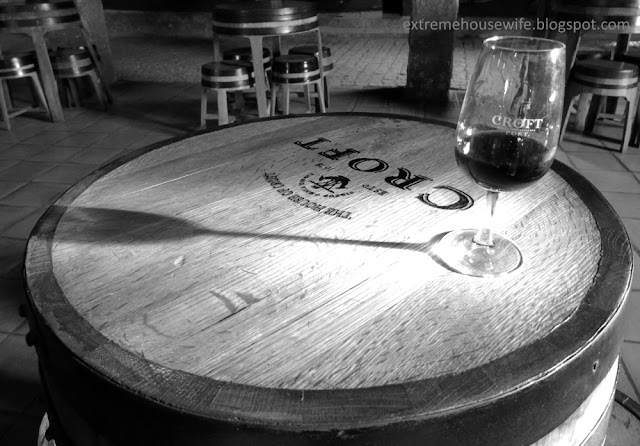 The really amazing flavours which had us ruminating and chuntering for a good 45 minutes over this one small glass were the candy notes. The vintage smells of Spring, with roses and violets adding a beautiful depth to the wine. This violet note then follows through into a deep complexity inspired by the spices. Those aniseed, fennel hints (which by the way have undeniable elements of nutmeg and cinnamon as well) combine with the blackcurrant to create a flavour that is firmly reminiscent of Fisherman’s Friends, or even, if you remember that far back, blackcurrant Zubes (they’re good for your tubes). It may surprise you to learn that this is a positive association. This wine sings in the mouth.

And that of course is not to mention the elements of caramel, malt, and slight honey that are also in there. I think I’ve made it clear that this is an incredibly complex wine and one that keeps giving you more and more with each sip. Thanks Portugal, you have given the world a gift indeed.