Well, wasn’t yesterday fantastic? The City got bathed in blue and it was a fun, festive atmosphere throughout. Kasabian playing at the King Power Stadium sold out in three minutes and now a second date has been added. We hold our collective breath for the outcome of the game tomorrow, which could see LCFC crowned champions of the Premier League. Dare we dream it may be so?

There are so many amazing things that went on yesterday so here’s a little photographic round up of some of my highlights. What was your favourite? 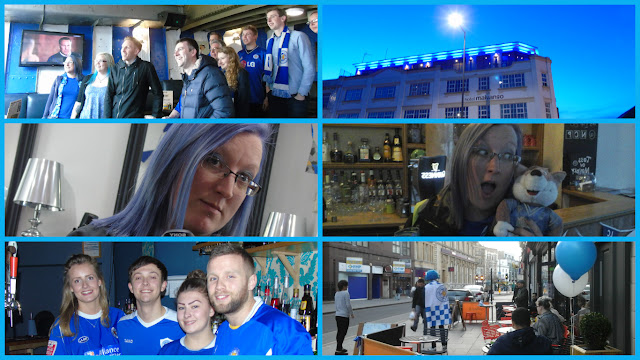 Here’s a little bit of my day. Getting my hair dyed blue, watching #keepupsforcake at Bru, the wonderful staff at 1901: Turkey Cafe bedecked in their blue finery, being one of the supporters interviewed for Radio One at the Dry Dock, seeing Maiyango, Jubilee Square, Radio Leicester and other Leicester landmarks bathed in blue as the sun went down.

And then of course there was the food and drink! 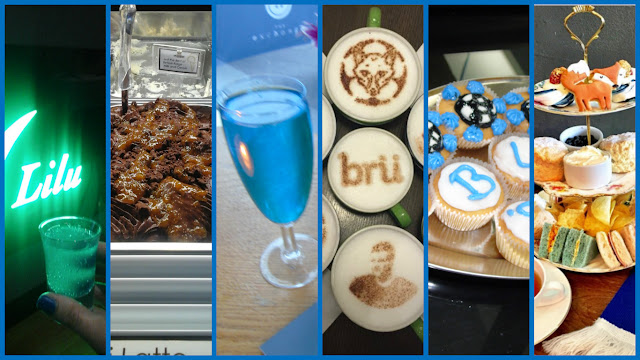 So, we have Lilu’s Blue Fox cocktail. They also have amended their menu to include such delights as Vardy Venison and the hilarious Ranieri Rack. Then you can head down to Gelato Village and try their stonking Gelato Dei Campioni – milk chocolate, because it’s Ranieri’s favourite, cinnamon for Mahrez as the ‘spice’ behind the team, and fig reduction because Gelato Village are Italian and are 100% behind the Foxes. I had a sample and I think I could probably eat a bucketload of it.

@BernieLeicester the grumpy lucky gnome is #backingtheblues to glory !! Are you cheering Leicester on ? #Leicester pic.twitter.com/bKYKyuKwDW

My sister & her boss did their window ready for the foxes in St Martins Square. #backingtheblues @Leicester_Merc pic.twitter.com/DZZCFgu0KE

@Walkerspies even this dog loved them!! Walkers & Son are THE best pies #Magnif @Lcfc pic.twitter.com/xYxZRM5LMl 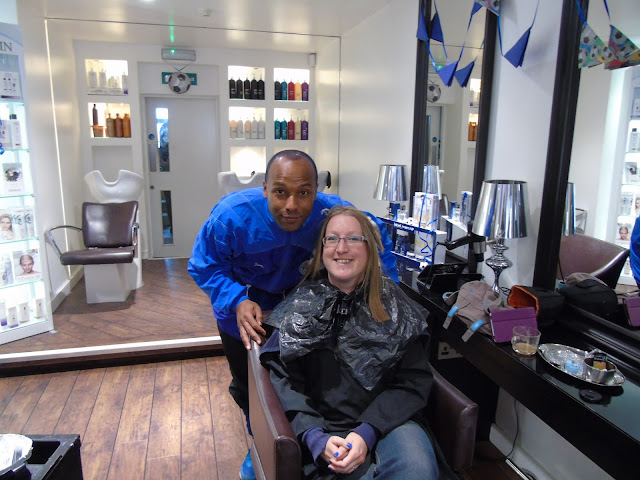 And here’s me with fellow blue hair champion, Julian Joachim. He scored Leicester’s first ever Premier League goal in 1994!