We headed over for a long weekend in beautiful Porto, Portugal and courtesy of a lovely little competition win from Wine Tourism in Portugal we got a night’s stay in a hotel and two port wine tours and tastings. 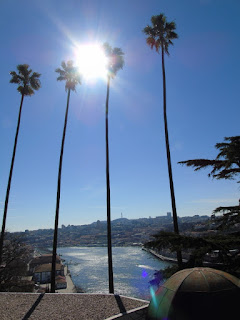 The first of these tours was at Sandeman. I went out there knowing basically nothing about port. It’s something that we will always have a bottle of at Christmas, but not really think about the rest of the year. This trip has definitely changed that! 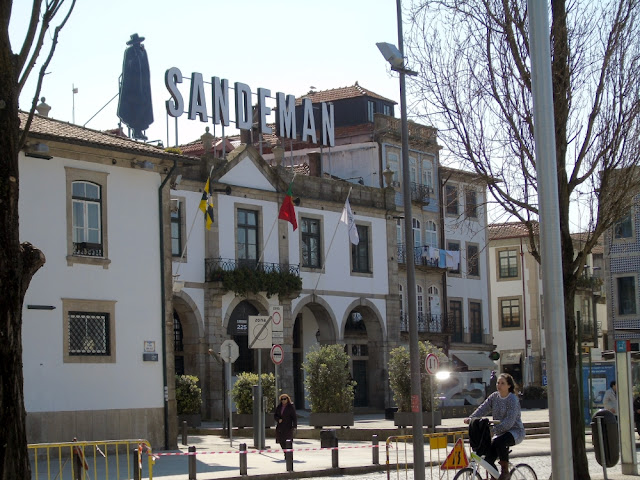 Visiting Sandeman was a great introduction to port wine. It’s a very slick tasting room and tour, a little bit more on the commercial side than where I would normally visit (although I usually give in in the end – check out my Freixenet post for example!) but I found it a great introduction to the different types of port and how they are made. I would definitely recommend it for people with a passing interest, a desire to be entertained and the chance to taste some decent port in a very pretty tasting room.
You are taken on your tour by a guide dressed as the Sandeman Don – interestingly one of the oldest brand icons in the world and the first major icon in the wine industry. It was designed by George Massiot Brown in 1928. Not only that, but the name Sandeman itself was trademarked in 1877, making it one of the oldest brands in the world.
It’s a little cheesy, but that’s kind of what you want, it’s all light hearted and fun. And of course you’ll get the obligatory comment about taking photos being welcomed but taking a photo of the guide costing 5 euro, which you will hear on every tour you take… Anyway, on to the caves.
A unique aspect of the Porto tours is that you are not visiting a vineyard, nor a winery. They are essentially all warehouses, storing the wine. This doesn’t sound very fun, but it is a crucial part of producing this delicious fortified wine.
The wine is made and the fermentation is stopped approximately halfway through, after about 3 days, through the addition of a high-alcohol young wine brandy – somewhere in the order of 70% or more alcohol. That is the fortifying bit.
After spending it’s first winter in the Douro Valley winery, the port is transported to Vila Nova de Gaia – the town on the south side of the Douro opposite Porto itself.
As I’m writing this I kind of realise I’m probably spoiling the introductory tour for every port wine merchant in Porto because they are all, by nature, roughly similar in their method. So I’ll try and give less detail. If you want your own tour (organised by Wine Tourism in Portugal no doubt, plug plug) then look away until my tasting notes… 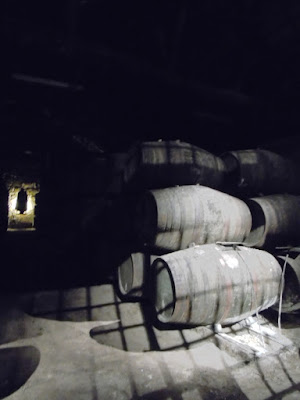 So, the port is stored in the more constant micro climate of Vila Nova de Gaia. The Douro and proximity to the Atlantic brings consistency in both temperature and humidity, assisted by the historic stone buildings. Sandeman bought up an old convent in which to age their wine.
The three kinds of port are explained in detail – essentially the ruby port being aged in large barrels, mainly around 30,000 litres from what we saw but ranging up to 100,000 litres. This means a slower aging process with less exposure to the wood and resultant oxidisation and flavour change. Ruby ports retain their vibrant colour and full fruity flavours. 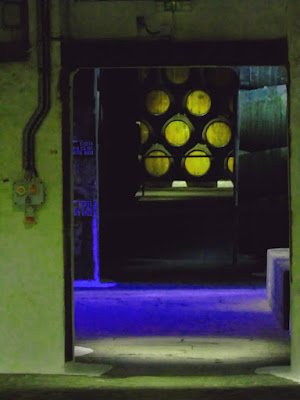 Next is the tawny port, aged in individual barrels, allowing for more oaky, tannic flavours, which, over time develop into delicious aromas of caramel and nuts. It also creates a lighter wine, in body and in colour.
Finally there is the vintage port. Vintage is made from the harvest of a single declared vintage year, rather than a blend of vintages like the others. It is aged in the bottle – they can only be barreled for up to 2.5 years maximum – and spend at least 10 years in those bottles, but usually much, much more. They are still full of their original colour and vibrancy but gain more and more complexity over time.
Then there’s white port (made with white grapes, surprisingly), late bottled vintage (not bottled early enough!) and more besides… 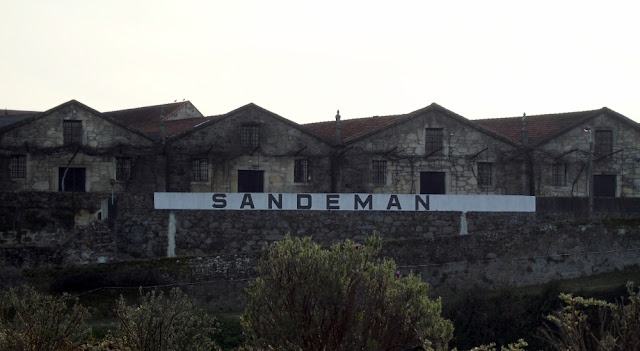 We were treated to a short instructional video, information about the vineyard and the climatic conditions and more information about the maintenance of the perfect climate in the port house. Fascinating stuff, I was gripped. Everyone else on the tour seemed to have a passing interest and be keen to move on to the tasting. I was too busy trying to figure out what trellis system they used… 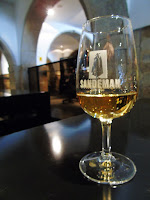 Sandeman White Port
White port was definitely my favourite new thing of the trip. For some reason I’d never had it before. Now I’ve had lots. This one was full of orange and dried currants, with lots of residual sugar. It was also tipping over into slight honey elements and a mini spice note. Uber drinkable on its own, but even nicer in the imaginatively names ‘Porto Tonico’ – white port, tonic, and a wedge of orange – served long over ice. Delicious in the beautiful Portuguese sunshine we enjoyed.
An easy 7 or 8 scored for me, but I’m not sure I’m an afficianado, I’m just a new white port convert! 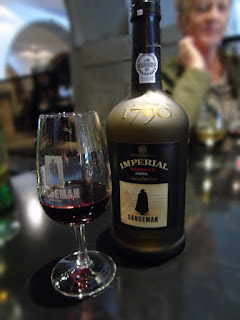 Sandeman Imperial Tawny
This was much more subtle on the nose than the white port – the result of that barrel aging.
However, it was surprisingly sweeter and more full in texture, with some lovely red fruit flavours – not really what I was expecting from what I had learned about a tawny port, but still nice enough. Probably a 6 on that one for me.
Cannot recommend Porto enough. Cannot recommend Sandeman more for a beginners guide to port wine. Keep your eyes peeled for something for intermediates – e.g. the tour and tasting we took immediately after we visited Sandeman. All that and more coming up on your favourite amateur wine blog.