I started my look at Indian wine with Grover the other day and I think I’m going to bundle my other two vineyards up in the same post because one is nice and positive and the other is resoundingly negative, and I can’t face just having a whiney wine post out there all on its own. First off, I can use some of the long exposure shots I was messing about with while we were drinking Indian wine – hooray! 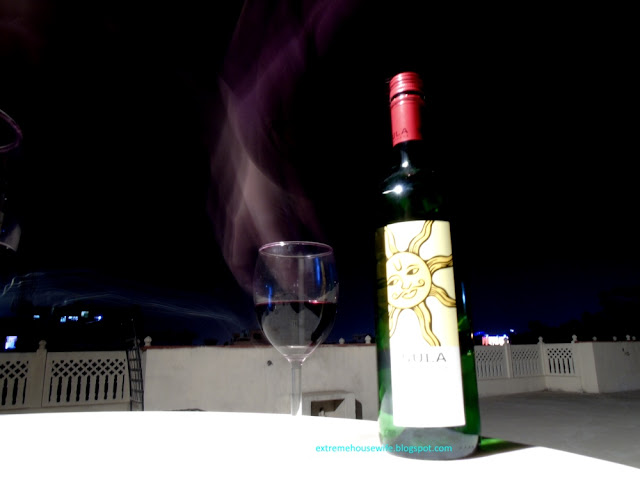 The first wine I have to think about is Riviera white table wine made by Indage Wines. This is bad wine. I don’t really have to say any more really, but it’s everything I remember about Indian wine from 2009. It’s over sweet, syrupy and tastes like bad fruit juice. It bears little resemblence to wine. Try to avoid it. But stick with me, it’s not all bad.

The next vineyard, which appears to be the most readily available across a number of regions, is Sula. We started with a glass of their Chenin Blanc at Mumbai airport. This had all the tropical fruit flavours that you would expect from a Chenin, balanced with a decent acidity despite the obvious ripeness of the fruit it was made with. I think the cold fermentation helps, but the soft red apple flavours and crisp finish that comes through on the palate makes this a refreshing drink with a pleasing tropical perfume on the nose. It is ever so slightly sweet but not irritatingly so and that definitely is balanced out by the finish which does not have any lingering sugars. Maybe a 6 out of 10?

I also had the opportunity to try the Sula Sauvignon Blanc, the first Sauvignon made in India. This I liked even more than the Chenin, giving maybe a 7 out of 10. It was rounded and well balanced, with a similar character to an Australian Sauvignon. It had good aroma and a delicate note of herbaceous flavours in amongst the crisp green fruit and full texture. 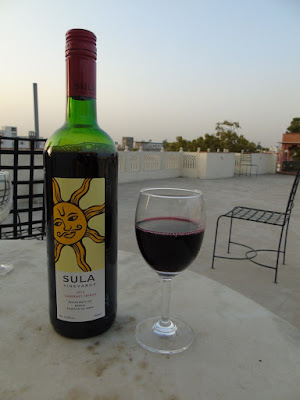 Finally The Boy and I shared a bottle of Sula’s Cabernet Sauvignon Shiraz blend on one of our final nights in India. We both agreed it was eminently drinkable. The blend was good – with nice red fruit bursting from the Cabernet Sauvignon, balanced with a medium body and slight tannin from the heavier Shiraz grape. Again it was ever so slightly sweeter than I prefer, but something that would be familiar to those drinking wines of a similar character from Spain or perhaps California. Another 7 out of 10 and definitely a pleasant surprise for both of us to discover a drinkable red. It was a shame we didn’t have the time to try the Shiraz reserve as with the climate they have I think it would have been eminently drinkable. Maybe next time. 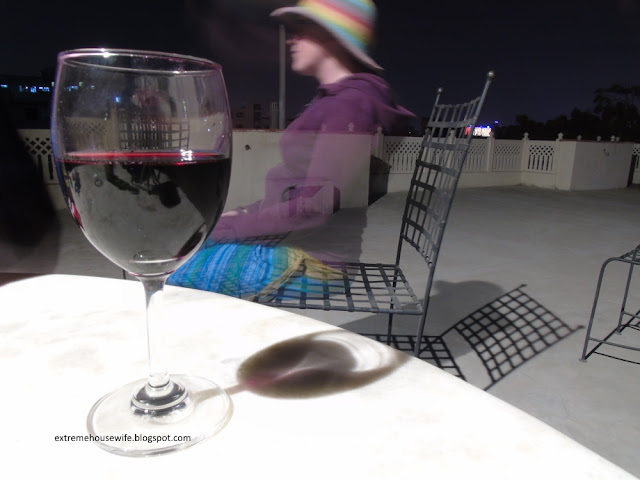 There you have it. For a country with no great reputation for either wine drinking or wine making, we were able to find a few completely drinkable wines. Nothing blew me away, but I’m sure there is potential – should India decide to change practically its entire relationship with drinking and wine making. This is a country of unashamed scotch drinkers, but let’s see where things go on the next few years.

Where’s the most unusual place you’ve tried wine from recently?