We went along to the new Leicester Community Sports Arena last night as guests of Everards to see the Leicester Riders play Glasgow Rocks.

The arena is on Charter Street and only opened within the last month – a partnership between Leicester Riders, Leicester College and Leicester City Council (with additional funding being provided by Sports England and the LLEP).

It’s a great not for profit resource for the city and great to see a permanent home for the Riders, the UK’s oldest professional basketball club, who have been playing their games out of Loughborough in recent times.

We settled in to the VIP area and enjoyed a sandwich and a pint of Everard’s Tiger before the game, enjoying watching the fans assemble through the large panoramic windows at the front of the building. The VIP facilities and pre-game bar haven’t quite been organised yet since the building is multi-purpose and so new, but I’m sure that’ll be organised soon. We got everything we needed though, except for perhaps a chair to sit on! 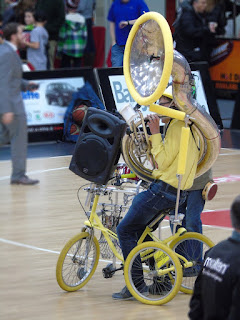 Once we had taken our seats in the arena, the pre-match build up was on with entertainment from a sort of mobile brass band who were very engaging. We were treated to a high drama video and then out came the teams, first the Rocks and then the Riders, running out to the celebration of the fans.

And the game was on. A trap game – a league game running in between two big knock out championship games – this match came on the back of a long series of victories so the Riders fans were excited to welcome their team to the court. 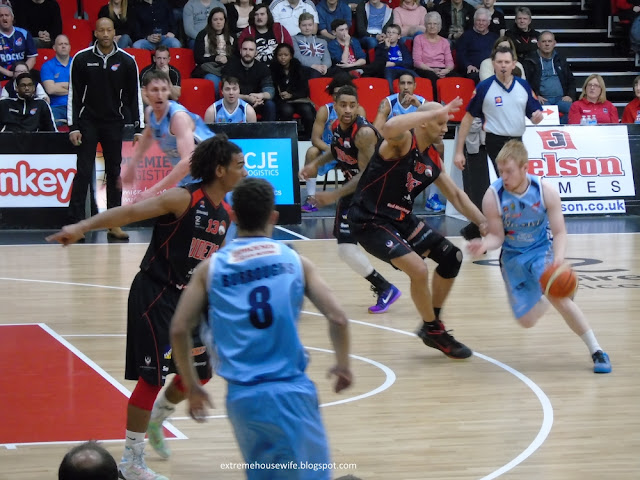 And so the game went on. Fast paced action had everyone gripped, with the interest being held through time outs via the gymnastic efforts of the Riders dance team, who kept everything moving on while the teams talked tactics and substitutions were made. In halftime we were also treated to the vocal stylings of young Kieran Alleyne. 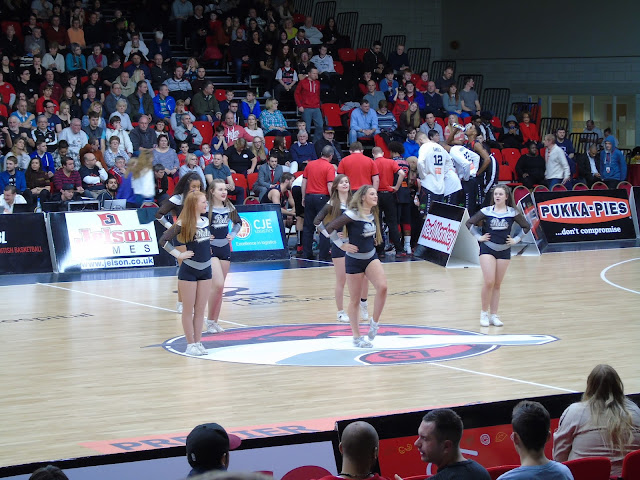 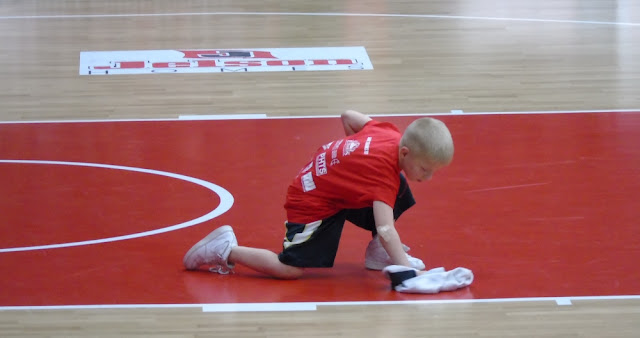 My personal favourites were the little lads whose job it was to run on to the court whenever a particularly strenuous conflict had taken place near a particular hoop to clean up all the sweat on the floor! We fondly called them the sweat minions and they were ever so sweet, looking up at the referee to make sure they had done the job properly and beaming with pride as they walked off the court each time. They really made me smile.

And so we were wooping and hollering and cheering, but sadly to no avail. Glasgow Rocks took a small but early lead, and although the Riders kept close at their heels, they were unable to make up the distance and in the fourth quarter the Rocks were able to extend their lead yet further. They finished the game victorious with 77 points over the 57. 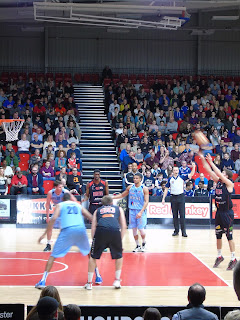 However, no matter, the season marches on and you can go see the Leicester Riders at the Community Arena from £11 for adults at the men’s games and £6 for children. And disappointing as it was to see them lose this time round, they will be taking on the Newcastle Eagles in Glasgow in the BBL Trophy Cup Final and let’s hope the Riders Return! 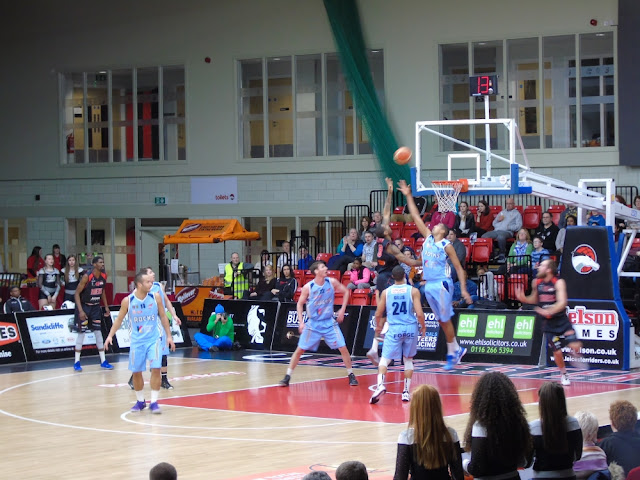