Contemporary curry at the Chutney Ivy

After our adventures in India earlier this month, it was a little bit of poetic beauty to be invited to a very special private dining experience at Leicester’s Chutney Ivy this week to experience the fine dining rendition of Indian cuisine here in the UK. We were greeted by the welcoming staff, an immaculately laid table and a refreshing mango drink. The restaurant was busy as always, but we had a specially curtained off area which gave great privacy, but no loss of atmosphere from the thriving venue. 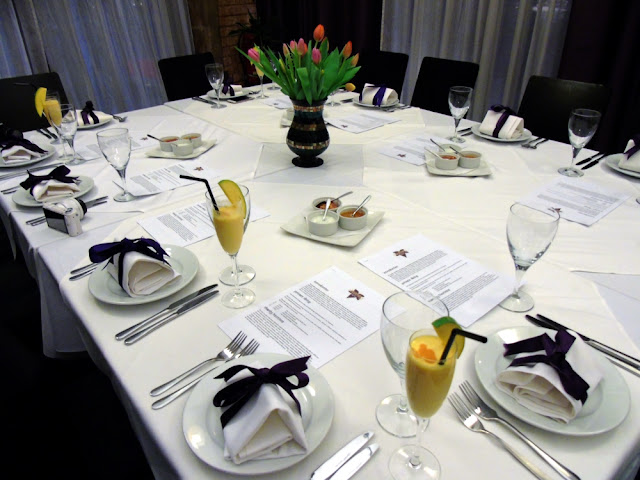 The Chutney Ivy offers a great range of options to suit all occasions beyond a regular meal out. Private dining, a cosy yet spacious soundproof basement bar, wedding venue and business meeting provision are all available – just contact them to discuss your needs.

Our merry band was welcomed by our hosts, General Manager Shaf Islam and Kevin Urquhart of FU Media. They gave us a bit of background to the restaurant and the ethos behind the food stylings – high quality Indian dining, taking the best from all the regions of India, blended with some modern takes on popular flavour combinations. There was a nice mixture of media types and bloggers in attendance – some old friends and some new, so the conversation was flowing and the atmosphere was jovial as the starters were brought out.

While we were picking on poppadums and a selection of chutneys, a kaleidoscope of starters were brought out. The service throughout the night was attentive and considerate – from napkins being ceremoniously unfurled and gently placed on our laps to drinks being never left lacking.

The starters were a really interesting mix. Naturally we were all desperate to try a little bit of everything, which made it really difficult when we came to the main courses as we were all pretty full. Piggy piggy. Anyway, the star of the show was generally agreed to be the Jingha Rowshne – absolutely inconceivably massive prawns marinated in chilli and garlic butter, and cooked off in a sauce of cream, spring onions and coriander. They were the spiciest of all the starter dishes with a great kick, mellowed out by their accompanying sauce. The sweetness of the prawns was accentuated by the creamy butteriness of the sauce. An absolute triumph. 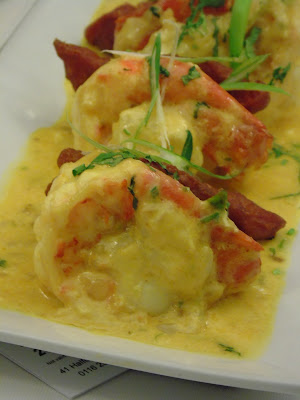 We were also treated to Maachi Amritsari, a delicately spiced but flavourful fried fish. The Aloo Palaak ki Tikki, were spiced potato cakes served with spinach that were light and creamy. The Crispy Duck Samosa is one of Manager Shaf’s fusion creations, with a light savoury pastry (note, most assuredly not filo!) encasing a delicate duck filling. This was a little dry for my tastes, I would have preferred a more moist shredded duck, but overall they were still luscious (I’m struggling for constructive criticism on this one, can you tell?)

There was also a Chandi Malai Tikka – another lightly spiced and creamy marinaded dish where the chicken was not overly hot, but full of flavour with a lovely char edge from the tandoor. So, we had eaten pretty much a full meal at this point but still it was on to the mains. 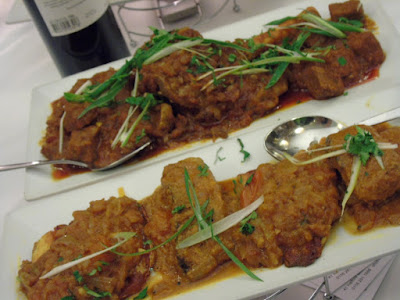 There were two big hitters here for me – the contemporary creation from the Head Chef – Babhorchi Lamb Shank Nihari, which was achingly tender lamb shank in a beautifully complementary tomato based sauce and the more tradition Makhni Daal which had all of the slow cooked, vibrant flavour I was hoping for.

We were also treated to Pumpkin Bhuna, a variety of other chicken and lamb dishes and some interesting Bengal style sea bass. I must confess that I am not a massive fish curry fan and I found the Salmon Tikka Massala a little strong in fishy goodness for my tastes, but the sauce was delicious and it would certainly be a favourite for those who like their Goan style curries but with a bit of a new flavour profile. These were accompanied by soft, light naans, decadent buttery paratha and a lovely nutty pilau made with brown rice, which I particularly enjoyed. 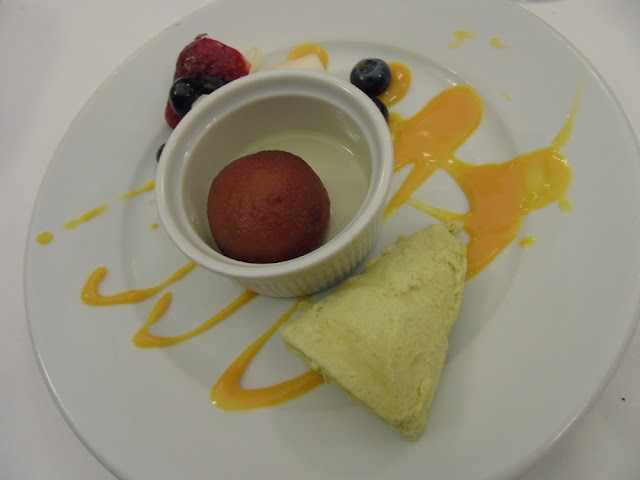 Full to busting, naturally it was time for pudding, which none of us had space for but we all attacked valiantly nonetheless. It was a mixed platter of classic Indian sweet – sticky Gulab Jamun in syrup, a soft pistachio kulfi, mixed fruit and a delicious, thick mango syrup.

Thanks to Chutney Ivy and FU Media for inviting me to such an exclusive night with such a fantastic feed. The Boy was particularly impressed with the goodie bag I brought home which contained all the key ingredients needed to replicate some of the dishes we had tried – our spice cupboard is one of the biggest areas of the kitchen and with good reason. Plus there was a cheeky bottle of Cobra in there, which tops it all off nicely.

The Chutney Ivy has a well deserved reputation for great food, attentive service and some surprising special events, including a firmly established place on the Leicester Comedy Festival rotation. If you haven’t tried it, you probably should. You need to try the prawns. Get the prawns. Do it now.