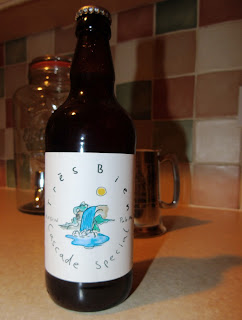 Well, hopefully you’ve all fallen off the wagon on Dry January by now – unless you’re raising money for charity, in which case keep at it! If you’re back in the land of the tippling, hopefully you’ve been having a go at #Tryanuary – the month for having a bash at independent bars, breweries and bottle shops that you haven’t experienced before. They even have a raffle raising money for Macmillan Cancer Support where you can win a whole host of lovely beers to try.

I wrote about The Offie on Clarendon Park Road yesterday as my first delve into Tryanuary, and now it is the turn of one of the beers I bought – naturally something local – the Cascade Special from Leicestershire Micro-Brewery, Tres Bien. A one person operation, brewing about four times a week, Tres Bien are available in a surprising number of local venues – including The Exchange, the Swan and Rushes and The Criterion. 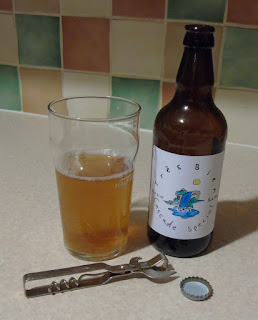 This pale ale has a rich colour and beautiful clarity. Light and citrusy on the nose, I found it was a little flat for my tastes, but this was overtaken by the surprisingly hoppy but still very delicate flavour. It has that almost Holy Grail like property in a real ale in that it really has the potential to turn lager drinkers – particularly if a little more fizz could be found. I presume this would be better from the barrel rather than the bottle.

It is very easy drinking, as I’ve suggested, with a light astringency and subtle woody flavour. Something I would happily have as a go-to beer for that early evening period where you want something that is enjoyable and light, that you don’t have to concentrate on too hard! And the most important part? I’m keen to go back for another try of Tres Bien Brewery. A Tryanuary hit.