Over my Christmas break I’ve been trying a number of new crafts – beading and needle felting have been really enjoyable. I made myself some needle felt decorations for my first attempt and I was really pleased with how they came out! 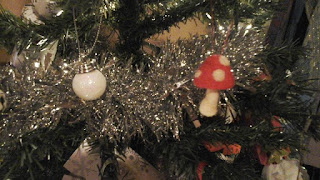 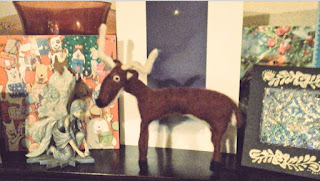 I’ve also been working on a crochet blanket, which is coming along slowly but surely. There sure is a lot of work in a double bedspread! I’ve been making the most of travelling to see relatives over Christmas to get as much done as I possibly can!

The big project though, has been having a go at counted embroidery for the first time. This first project was a tapestry kit I picked up in Yorkshire on holiday last summer. I love kits as they are a great way to practice your skills however for cross stitch and embroidery I often find them far too expensive, particularly when compared to the cost of the separates. Rescuing abandoned kits from charity shops is ideal for me then and as this one was made in 1986 I feel there is some poetic justice in my just having completed it, 30 years after it was made. Nothing sadder than an unloved, on the shelf craft project! 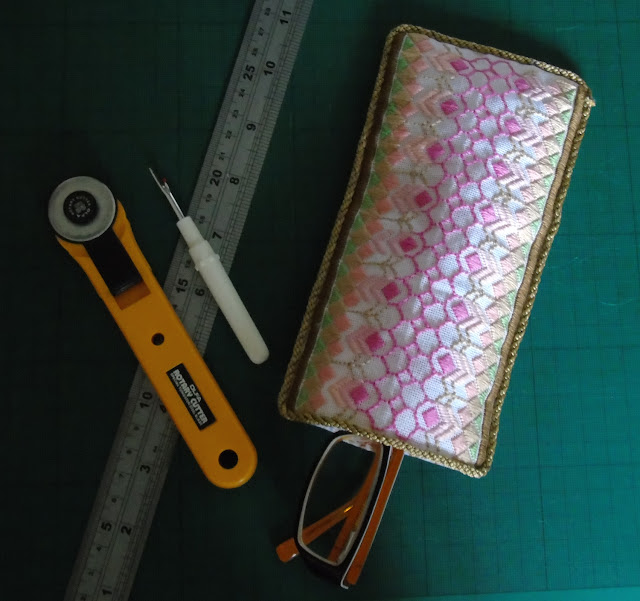 Anyway, I found it really enjoyable to complete. My counting seems to have messed up a little but I don’t think you can notice it in the overall pattern. I think next time I’ll opt for a picture rather than a repeating pattern so that mistakes are less noticeable. I also found the directions extremely impenetrable at first – they definitely assumed prior knowledge back then!

This little glasses case (which may get used as a crochet hook holder in reality!) went together pretty easily, although in retrospect I should have put the body together in a different way then the instructions suggested – it has given quite an ugly lip at the interior opening which I think I’ll have to glue some binding over to neaten up. If I’d put it together like a reversible tote the least neat edge would just have been on the inside, at the bottom, where you wouldn’t see it. Ah well, you live and learn. I love the retro design though – I’ll certainly be keeping the pattern to work again in different colourways.

I also swapped out the plain aida on the back for a contrasting patterned fabric – and now I have more material for doing some more embroidery in the future. Waste not, want not I say. 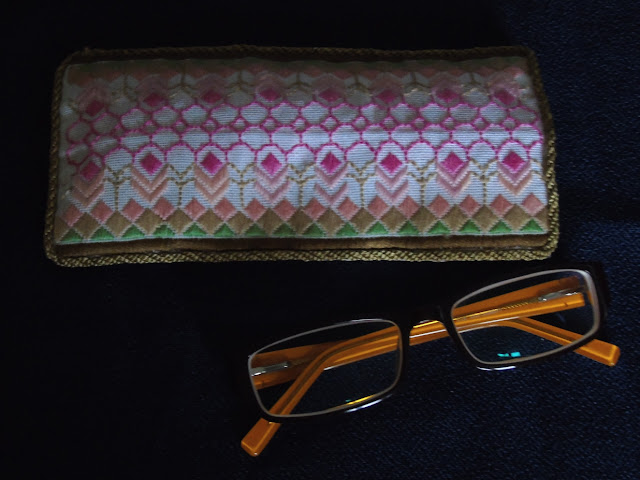 So pleased I got this done all the way over Christmas! What have you achieved in the break – or have you had no time off at all? Not going out has definitely helped me to be very productive! Wonder if anyone would notice if I became a hermit?