Burns Night at The Parcel Yard 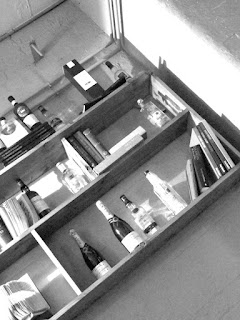 We were invited down to the Parcel Yard this evening to sample their Burns Night special menu. Robert Burns died aged just 37 in 1796. Burns Night is actually January 25th, but the closest Saturday seems reasonable to celebrate. Scotland’s national poet and revolutionary figure is worth celebrating with traditional Scottish fare and I’m ashamed to say it is something we’ve never taken the time to enjoy before, so having something to attend here in Leicester was unmissable.

Sadly there was no Address to a Haggis as we arrived, but the food was definitely on point as we made ourselves comfortable in the relaxed restaurant, next to the bustling fun of a hundred Leicester City fans celebrating yet another victory in the pub. Top of the League!! *ahem*

Anyway, it was the usual example of attentive, relaxed and friendly service that we have become accustomed to at the Parcel Yard. Unsurprisingly the evening was fully booked, but we had opted for an early table so it was nice and quiet when we enjoyed our meal. We made ourselves comfortable and had a good play with the special Glenfiddich collapsable dram cups that were waiting for us on the table upon our arrival. I will never be without a tiny cup again. If you see me around, ask me to show it to you, I will be keeping it on me for emergency tasting situations.

After a warming coffee, we got some drinks in. I enjoyed the house Australian Chardonnay, which was a perfect complement to my meal while The Boy opted for the Wild Beer Company’s ‘Madness IPA‘. This is a great choice for those of you who have been following our #Tryanuary adventures, especially those that are fans of big hop flavour and great tropical fruit and pine aroma. It has a great balance, being really well hopped but not overly bitter. 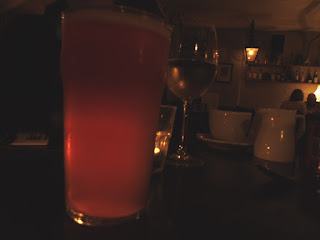 The Burns Night menu was a myriad of tasty Scottish treats. I found the starters the hardest to choose between, with Cullen Skink and salmon being amongst the delicious sounding offerings that were available. In the end though, both mine and The Boy’s innate love of black pudding and infrequent access to good scallops meant that we went for the pan-fried scallops with black pudding and creamed leeks. It was a great choice. 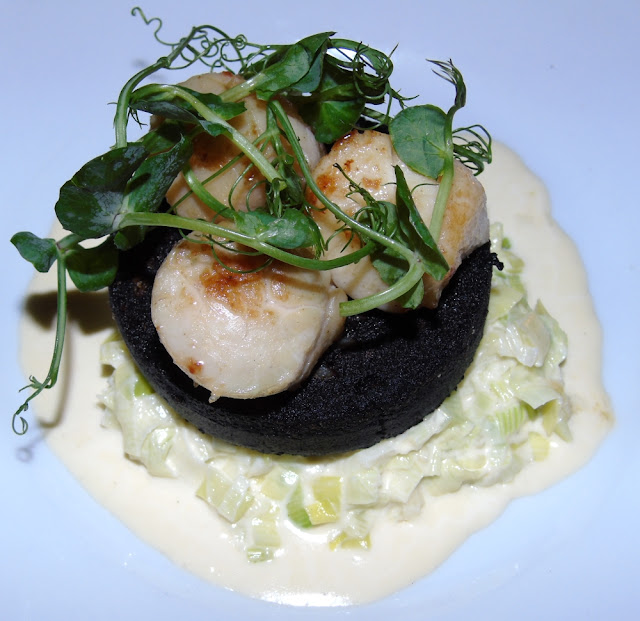 Beautifully presented with a fresh pea shoot garnish (they’re all the rage at the moment aren’t they?) this dish was absolutely my star of the night, with sweet scallops combining beautifully with the spiced pan fried black pudding, which added a lovely light crunchy texture. The creamed leeks tied the whole thing together, soft and decadent. 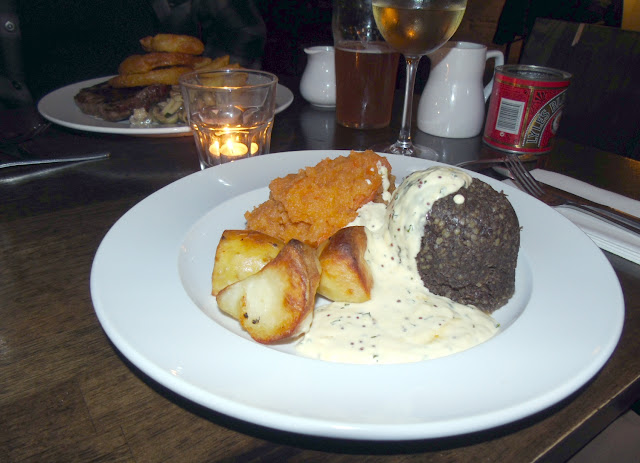 On to the main course and of course I had to go for haggis, neeps and tatties. These were some of the most masterfully roasted potatoes I have had in a long time with significant crunch and beautifully soft, fluffy insides. The neeps were sweet and flavourful and all of this is the natural bedfellow of the chieftain o’the puddin’-race, the haggis. I’m not sure whether The Parcel Yard use wild, line-caught haggis or free range haggis from sustainable farms, but it was full of moist, oaty goodness – a fine meaty flavour and a delicate spicing, predominated by black pepper, which crept to fullness as you ate. And the portion was generous, perhaps even gargantuan. I’ll admit I could not finish it and I am still intensely full, nearly four hours later! 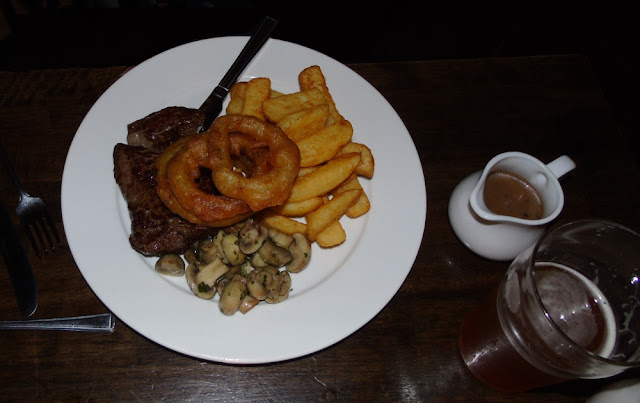 The Boy decided to go for the rump steak, which was of a very high quality. With nicely cooked fat chips and an aromatic peppercorn sauce, this was everything you would look for from a steak dish, although he had to leave the onion rings as disappointingly although they looked homemade and wonderful, they were actually quite badly drained and so were still full of oil and basically inedible. That is pretty much the only criticism of all the food we had though, so 9 out of 10 ain’t bad! The mushrooms were super garlicky too – much more to my taste than The Boy’s – I don’t think you can have too much garlic. 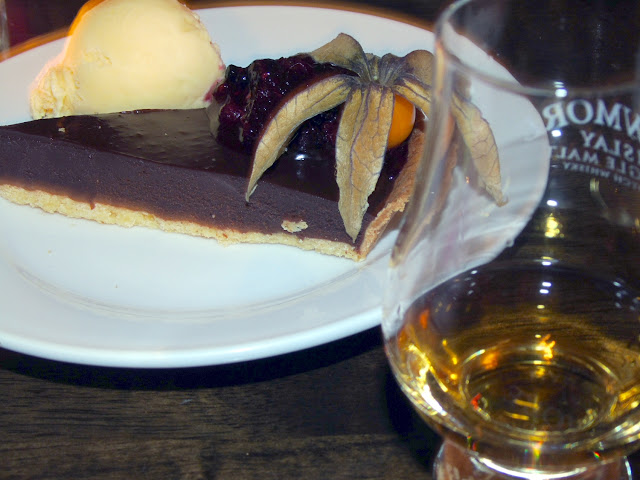 After this we were both feeling pretty darn full, but when the menu is three courses it would be rude not to have a pudding. Although I wanted to stick with the Scottish theme and was tempted by the Cranachan and whisky infused creme brulee, I felt that I’d had plenty of cream already on my previous dishes, so went for the dark chocolate tart. Admittedly this came with vanilla ice cream, so it was still kind of creamy, but rich in a different way to the other courses.

It was served with a wee dram o’ Glenfiddich, which complemented the rich cocoa flavour of the tart absolutely amazingly. This was all in all the best balanced of the dishes, with the sharp fruit compote, decadent creamy ice cream and rich, dense chocolate tart. The pastry was a little thick, making it a noisy, fun filled affair to eat the pudding, with each of us shooting shards of pastry accidentally at the other, but it was totally worth it. No soggy bottom here, this pastry was crisp and delicious. 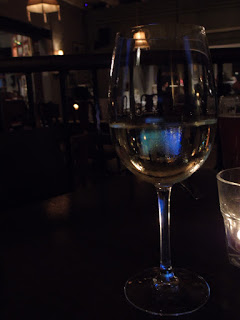 And so, thoroughly full and totally happy it was time to leave. Many, many thanks to The Parcel Yard for inviting us along – it was an intense pleasure to be your guests and you really delivered a culinary experience to remember, with beautifully paced, warm service. The Parcel Yard is one of our regular favourite haunts and this has only fanned the flames of our love for the place.