The House of Commons House

So I got invited to the House of Commons for a Parliamentary Reception for the first time last week, as one does. I left plenty of time to get through security, which, as it turned out, was actually too much time and I breezed through security and wound up with 25 minutes to kill.

So naturally, I crocheted. This seemed to baffle the armed police who guard the chamber, but such is the way with guerilla crochet.

Anyway, one of the things, naturally, I was most excited about was finding out what wine they serve in the House of Commons. Little did I know, having never been invited before, that they have their own house wine! Of course they do. It’s the House House! Which begs the question, is there a branded House of Lords House? If so, can I try that? Is it better? Does it cost more?

I took my little notepad with me so I could grab some notes and here they are… NB I only tried the white, I’m not an animal and I was behaving myself. I was not there to wine taste. 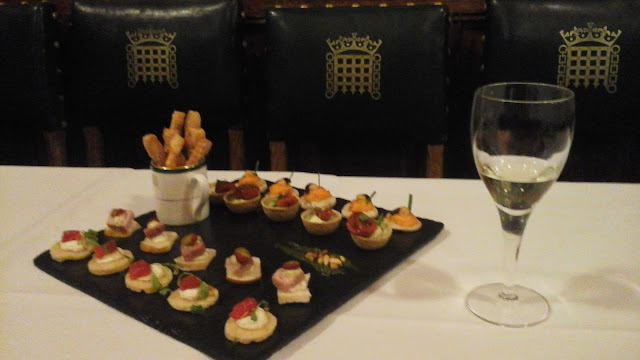 Hailing from the South of France (anyone disappointed they don’t serve English wine as the house in Parliament? I kind of am – we have loads of good ones), this wine was quite fruity and rounded. Relatively crisp with an interesting balance of green apple acidity and light floral notes, it was pleasing, but unremarkable. Which I suppose is what you look for in a house wine. Inoffensive, ever so slightly bland and therefore an easy, if unambitious match with most foods. We were having canapes, they were very nice (small). It was a 6, maybe a 6.5 out of ten for me on the Sauvignon. 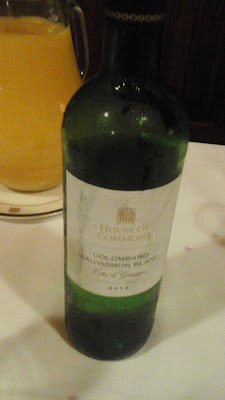 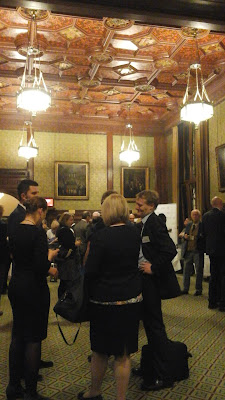 After I was done with my reception and I went to leave Westminster, there was a little Christmas fair with a variety of stalls of food, Christmas treat and Parliament branded tat. Now I was released from my formal duties I knew I was all good to try some more wine. 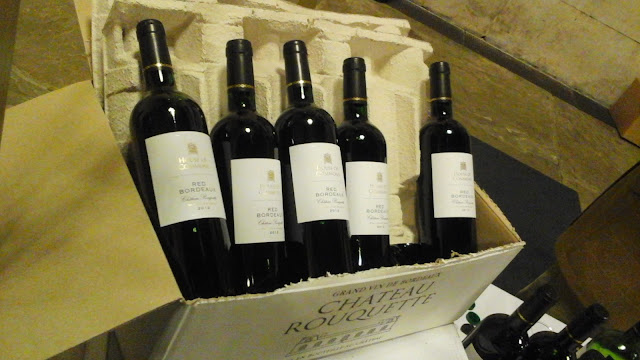 This time I met a representative of the House’s latest own label supplier, Pierre Andre. They were touting samples of the new addition to the range, the White Burgundy. It would have been rude not to have stopped to have a little try and I thought I’d make some more notes while I was there.

This has a lovely deep, honeyed colour and begins with a good bite which is then followed through by a flow of buttery vanilla, a slight floral note like pear, or peach. It is a lovely balance, this real change through each sip but it is not that overly rich, butteriness that you get from some Chardonnay’s, it has enough crispness to keep it in check. I liked this much more and would happily go for a 7.5.

Where’s the most unusual place you’ve tried a wine? 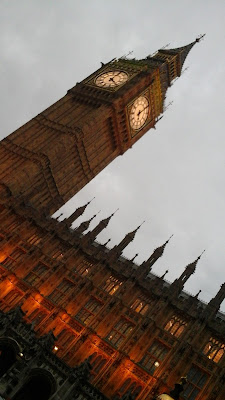