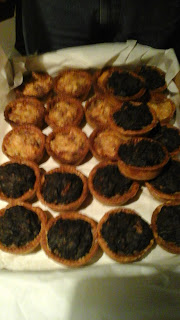 I have only recently discovered that it’s a bit of a local tradition to eat a pork pie on Christmas morning here in Leicestershire. Not surprising as the Melton Mowbray pie is a protected designation of origin, first popularised amongst fox hunters in the 18th century.

If you haven’t already got your pie in ready for Christmas I have found some that have an unusual and delicious twist! A few weeks ago I was invited to give a talk to Leicester CAMRA at The Harrow Inn. It was a great meeting to be invited to as Syston butchers, Gamble & Hollis had kindly brought them a box of very special pork pies to sample.

There was a stilton topped pie and a black pudding one. Although it was hugely tempting to try them both I managed to resist and just went for the black pudding. It was phenomenal. Firm, well packed meat with a delicious and solid hand raised crust was topped with a good inch or so of lightly spiced black pudding. An awesome flavour combination and one that I would be proud to have atop the Christmas Breakfast Table! 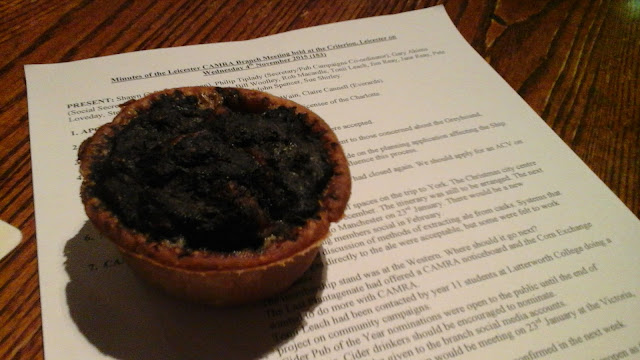 There’s still time to get down to Melton Road in Syston to pick some up for yourself! Merry Christmas everyone!