It’s a busy time of year for crafting and happily not everything is wrapped up under the tree and super secretive so I can share some of them with you. This year, Jeremy Corbyn Christmas tree toppers have been in high demand. A friend who lives in the Philippines asked me to make some for her favourite lefty friends back home, from the fabulous pattern created by Snorkers Imaginarium (which you can buy from her Etsy shop). Foolishly, as I made them I showed people the photos and this led to a demand for more and more, until I had created a small army! Snorkers is charging £40 for the made up version, so at least I’ve saved my friends a few quid. Can’t say I blame her though – her pattern has received national media coverage.

I adapted the pattern, so all of them were different and none of them have a tie. Corbyn does not wear a tie. A couple of them also got bonus hats thrown in as well and I’ve since received some lovely pictures and feedback – it’s good to see them adorning their respective Christmas trees. What a world we live in. 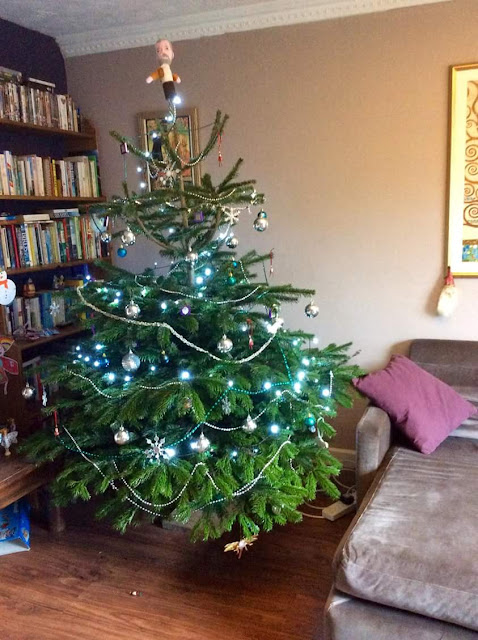 Keeping with the Christmas theme, I also made a super cute patchwork reindeer from a free pattern from Sew Magazine. I really enjoyed making it, and it worked up relatively quickly. I like making cuddly toys but they are a little bit fiddly. I think he ended up with a nice character and he has also already gone to his forever home to be part of the family’s Christmas decoration tableaux. 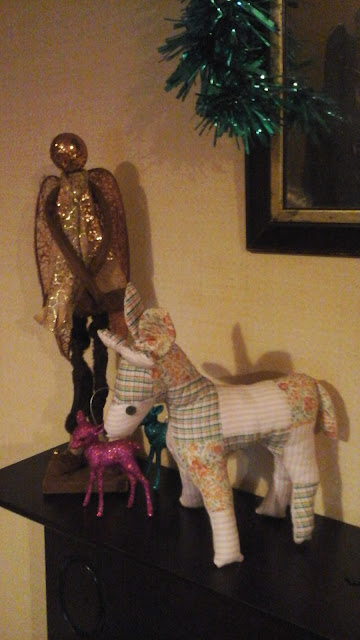 I received a text message last night confirming that he was a big hit – so much so he had been carefully tucked up on the sofa at bedtime by one of the children. Now if that doesn’t give you a big hit of Christmas cheer then I don’t know what will.

I’ve also been keeping up with my crochet, notably through my guerilla crochet experience at the Palace of Westminster, which I wrote about here if you missed it. I can’t tell you what I was making though, as that was a Christmas gift which has not yet been given! 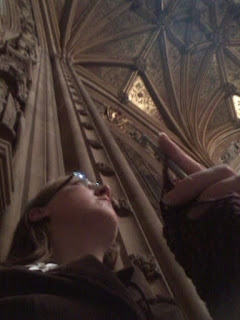 Alongside that I have been crocheting for a lovely lady I met through the ABW Network, Ann Marie Topham. Ann Marie is a fabulous travel counsellor and offers some great bargains, so do check out her facebook page. She’s always wanted crochet blankets, so I’ve been more than happy to oblige. 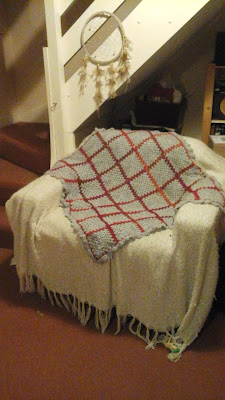 I designed this small throw for her and now am working on a kingsize throw in her favourite colours. Making things that are appreciated is so lovely and I have so much fun doing it! Today I’ll be taking my crochet on the bus to Nottingham (on my way to see DEF LEPPARD – so excited) and make some more squares for Ann Marie’s afghan. Fabby!

What have you been crafting in this festive period?