I’ve given you the chance to check out some awesome Christmas decorations and gift ideas at Narborough Hall and Blue Sun Tree already this year, but now I think it’s time to follow the blogging bandwagon and post my own Christmas wishlist, what would I like to see in my stocking this year? 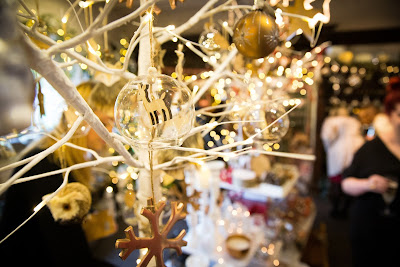 Well it’s a bit of a moot point really, because as usual I think that the best presents are experiences rather than things, so I would like to rename this post as that Holy Grail:

What to get the person that has everything!

I’m not saying I have all the ‘stuff’ that I could possibly want, however, if you’re looking for something a bit more unique, a bit fun and perhaps something that you could weasel your way to enjoying yourself at the same time then read on…

I know you’d technically have to give this gift before Christmas, but how lovely to learn to make your own wreath to take home for your house, whilst munching on mince pies and supping mulled wine, in one of the finest timber framed buildings in the country. I’ll bet they’ll put the fire on in the Great Hall too so it’ll be nice and toasty. A fun, festive activity and you get to take something home too!

Gig Tickets
Give the gift of music this year. Personally, I’d be all about Def Leppard at the Capital FM Arena at the beginning of December or Lawnmower Deth’s Christmas Party at Rock City on the 19th December (neither of which I have tickets for, hence this being my wishlist. Hint. Hint. Hint.) However, if you have slightly more socially acceptable tastes, then you could do worse than buying a couple of tickets for Leicester’s own Handmade Festival as a present. There’s more for your £30 than just gigs (admittedly with We Are Scientists and 65 Days of Static announced as headliners so far the lineup is pretty strong) as this is Leicester’s own totally independent music and arts festival.

Archery
Archery is awesome, although I suck at it. Leicester Outdoor Pursuits Centre offers archery sessions for groups of 10 at £115, so sod the Secret Santa, just all chuck in to that and do something cool, like pretending to be an elf (hat and fake pointy ears optional).

Learn a new skill
As you know I’ve been teaching myself to sew for a while now, but it would be lovely to get some proper help, professional help, and sew in a more sociable environment as well as stretching myself a bit. I’ve been looking at Crafty Sew and So, the new sewing shop in St Martin’s Square for some time now with envy and also an uncharacteristic amount of self restraint as I know if I go in I will buy more buttons, and I already have too many buttons. However, I have let myself have a little shufty on their website and they offer some fabulous sounding classes. In January, the ones I like the sound of include the Beginner’s Patchwork Course at £20, the £25 introduction to overlocking: making a cowl scarf and more ambitiously, the 6 week beginner’s dressmaking course, which costs £120 so I know I won’t be getting that for Christmas, but a girl can dream, no?

Llamas
I like all animals, but llamas and alpacas make me laugh and are cute. Turns out we have Leicestershire’s very own Charnwood Forest Alpacas where you can do  fleece craft workshops, spinning, as well as of course buying a Walking with Alpacas experience. Now if you don’t want to head to their website and buy something there for everyone you know, I don’t know what’s wrong with you.

You can even get married there. With the alpacas. Wish I’d known that a decade ago.