Leicester Tapas Trail: Eat your way around the world!

Did you know that falafel is thought to have originated in Egypt? I didn’t, but I looked it up because I wanted to write you a post about all the groovy global cuisines that are available on the Leicester Tapas Trail! 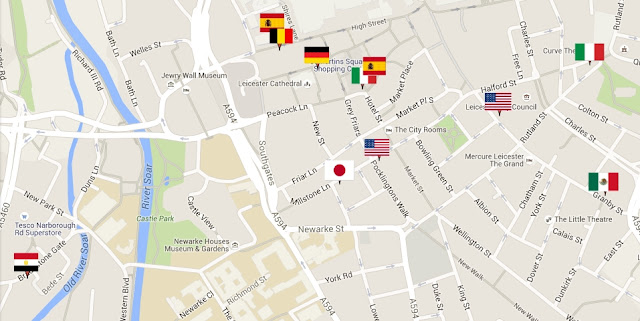 You just have until this Sunday, 18th October left to get on the Tapas Trail and get a bite to eat and a drink for £3. Each of the venues has developed their own drink/dish combination, so I’ve tried to summarise all the global cuisines which are represented.

Natterjacks – Falafel, delicious deep fried balls of chickpea goodness which are most popular in the Middle East but may have originally have developed in Egypt. 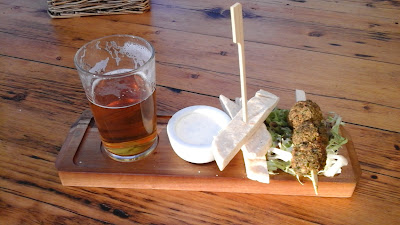 Queen of Bradgate and 33cankstreet – The true Tapas pioneers on the Tapas Trail, you can snag yourself a portion of patatas bravas at the Queen of Bradgate or sample either a Spanish tortilla, Pan Tumaca, Agave & Seasalt popcorn or olives at 33cankstreet. If you’re looking for the Pinchos Path this week, you’ve found it here!

Turkey Cafe and Firebug – Inspired by a visit to Las Vegas, the Turkey’s garbage fries are an utter delight of avocado and bacon joy. Firebug’s menu includes the choice of a beef, chicken or bean mini burger with wedges or a serving of beef or veggie chilli with rice and bread – it’s kind of the Tex Mex option of the Trail. 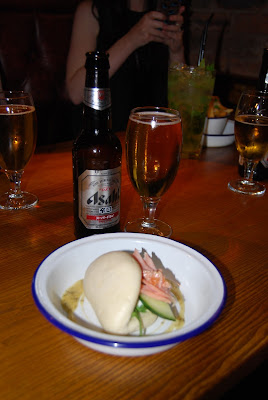 Rutland and Derby – One of the most exotic options on the Trail, you can pick up a steamed salmon bun – inspired by a real Japanese classic. Steamed buns are becoming more common in the UK now, and they’re fabulous.

Roxy’s Kitchen at Bossa Bar – I struggled to decide what country to classify Roxy’s Kitchen under, so I decided to pick one dish from her Street Food menu to focus on. Inspired by Mexican street food, their spicy, cheesy sweetcorn dish is warming and satisfying. 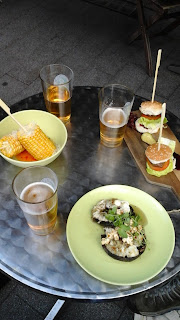 Bruxelles – Where else could Bruxelles focus on but Belgium? Mussels, Belgian beef stew and waffles each served with a matched beer for £3 means you can have a complete three course feed for just £9.

Taps – And just a stone’s throw away from Brussels/Bruxelles we have Oktoberfest at Taps – with a specially created German sausage spiced cassoulet with a homemade bread. It’s marvellous and warming, especially now Autumn is really starting to kick in. 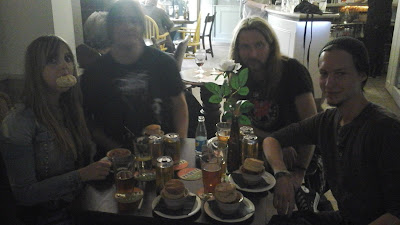 The Exchange and Gelato Village – Our Italian friends at Gelato Village make wonderful, fresh gelato in the Italian style having been trained at Gelato University in Bologna. Yes, that’s a thing. And down at Exchange you can try their anti-pasto platter for a very special Italian Job. 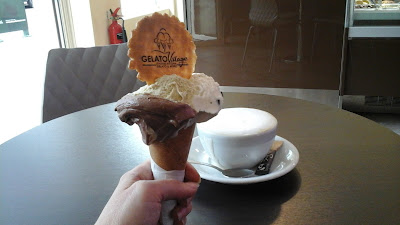