I decided to have a go at entering Godiva‘s annual Chocolate Challenge. I certainly don’t think I am the country’s best amateur patissier, but I thought it would prove an interesting challenge to give me an enjoyable afternoon’s cooking and also it is being launched to coincide with Breast Cancer Awareness Month on behalf of Breast Cancer Now, and what could be better than helping out with that in my own small way, and getting to eat some delicious Godiva chocolate?
So I did a lot of research and gathered my ingredients together, trying to find something that would fit the brief and be completely unique. We had to make something which involved Godiva chocolate (and I was sent some by the lovely people at Luxx PR to this end – thank you!), something which featured meringue and something with a touch of pink, for breast cancer awareness.

I settled on beetroot as my cunning way to add a touch of pink, and began to develop a recipe for an extra special, delicate treat. I must emphasise it was completely experimental, but with so many delicious ingredients I knew it couldn’t fail.
My recipe was for a moist, yet delicate beetroot and Godiva dark chocolate cake, topped with luscious cherry jam and a crisp, indulgent meringue with a light hint of cherry liqueur. Made into a beautiful circular tower, this was to be an elegant but flavourful bite size pudding.
I set about with my creation. I love a baking shortcut wherever I can and so I decided that the cake would work as an ‘all in one’ job in the food processor. Nobody wants the faff of cutting up beetroot, cooking it and then adding it to a cake batter, so I decided to go for raw beetroot to see how it turned out. I blitzed it with the Godiva dark chocolate to create a very fine mix, with some larger chunks of chocolate for a special gooey treat. In the final cake this gave a very definite pink tinge overall, but still with the beetroot adding moistness without an overly earthy flavour.

Once these elements were blitzed up, I simply added the rest of the ingredients and mixed. This led me to a surprisingly thick mixture and so I added 150ml of buttermilk to thin it down, which worked, to a degree, although the batter was still very thick. More on that later. 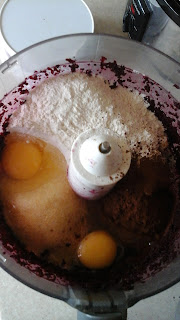 At this stage I wasn’t sure whether cutting cake discs from a slice would be better than making small round cakes so I tried baking some in a loaf tin and some in ramekins so that I could try both options. It was still a very thick batter so I knew I’d have to trim the cakes down whatever happened. After around 35 minutes in a 180’C oven the skewer came out clean and I left them to cool.
While the cakes were cooking I made my meringue. I knew I only needed a little for each pudding and so I only used one egg white. This was a relief as I realised that the food mixer bowl is currently being used to hold our early stage blackberry and elderberry wine, so I could have done it in the machine even if I wanted to.
I whisked up the egg white briskly. Then I swapped hands and whisked it some more. After that, I spent a little bit of time wondering how meringue was invented before the electric whisk. Then swapped hands another time and swore a little bit. 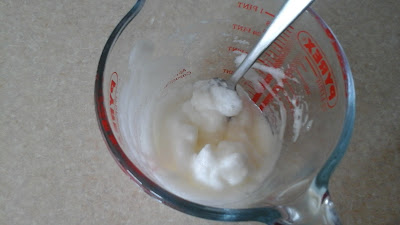 After much swapping of hands and heavy sighing, the egg whites finally reached the stiff peaks stage. I started to add the golden cane sugar a small fistful at a time, only adding three lots for the quantity. Cue a significant amount more whisking and swearing. I was waiting for it to go glossy and shiny, but in actuality it started to look a little grainy and I held little hope that it would ever come together. 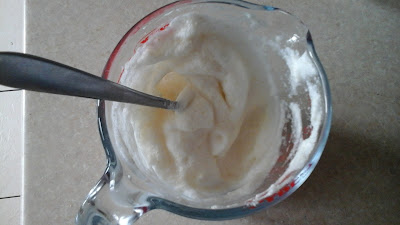 I perservered and after about 20 minutes of flustered mixing I basically gave up. I added some beautiful Italian cherry liqueur to bring the colours and flavours together. As soon as I did that the mixture started making weird noses and I worried that I probably should have done more research about whether meringue mixture works when you add alcohol to it. Turns out I was right to worry, but little did I know that was not the key issue at hand. 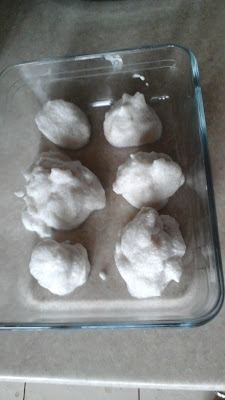 Anyhow, having taken the cakes out of the oven and turned it down to 140’C, I whacked the meringues in a dish to gently bake, holding out little hope that I had done it right, despite my 20 odd minutes of frantic whisking. They didn’t look very glossy or the right texture at all, so I gave up on my plan of neat little cones and just went for whatever splodges I could get out onto the tray. I had a rather heavy heart at this stage.
Viewers of a nervous disposition should look away now.
Fifteen minutes later I went to check on the meringues in the hope that miraculously they would have worked, just through the power of positive thinking. Turns out this wasn’t enough.
Yep, something had gone badly wrong. I put the pan in the sink to soak and thought, well at least I can treat myself to a delicious slice of beetroot and chocolate cake to ease the pain while I think of a plan B. 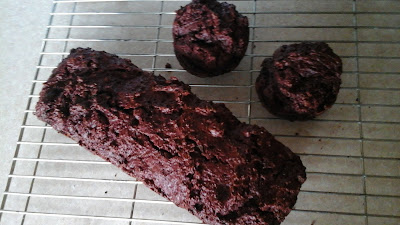 The cake was surprisingly good, although also really lacked in sweetness. As I chewed, I noticed it had a very bizarre grainy texture also and even something which felt like a hint of saltiness. I started to retrace my steps and try to figure out how I could have got everything so badly wrong, and eventually the Boy and I pieced together that instead of golden caster sugar, I had been using semolina. Yep, the stuff that you use to make your roast potatoes crispy. What a plonker.
So, the batter was ‘surprisingly thick’, I didn’t need to use the buttermilk at all, I just needed to actually add sugar and not the coarse, purified wheat middlings of durum wheat. The meringue was ‘surprisingly difficult’ to whisk to the correct texture. The whole thing was ‘surprisingly disastrous’.

If you want to actually make the recipe I was planning on making – which I have every confidence will actually be really nice – here it is.

Meringue:
1 egg white
3 tbsp golden caster sugar. SUGAR
Pinch of salt
Reserve a touch of juice from the blitzed beetroot to colour your meringues, rather than risking cherry liqueur destroying them.

See method above, but omit semolina. Beetroot and choc in the food processor, everything else bunged in afterwards, stick in a greased tray and bake on 180’C until skewer comes clean. Whisk egg white and salt, mix in sugar gradually after you’ve reached stiff peaks, then whisk until glossy and cook for half an hour or so on 140’C and leave to cool in the oven with the door open.

Cut the cake into delicate circles. Add a generous layer of cherry jam and use this to stick your meringue cones to the top of the cake. Finish with an artsy drizzle of melted Godiva dark chocolate and a pink edible flower – the Mallow ‘Zebrina’ would look stunning here. I envisage that the quantities above would make 8 nicely sized desserts.

There you have it. Please let something good out of my trauma and treat yourself to Godiva’s Mousse Meringue collection as 10% of future sales in the UK are being donated to Breast Cancer Now. Or you could enter the Godiva Chocolate Challenge for yourself! I think it may be possible to beat my entry relatively easily on this occasion.