On Sunday 6th September we spent our anniversary in fine style, having won tickets to Newtown Linford Vs PCA England Past Masters through a competition by Oak FM and Yorkshire Tea. This was an especial treat for me as I used to watch England play cricket a lot on the telly when I was younger, but haven’t really kept up with it since college – but this meant that all the past masters that were playing were the players I remembered! 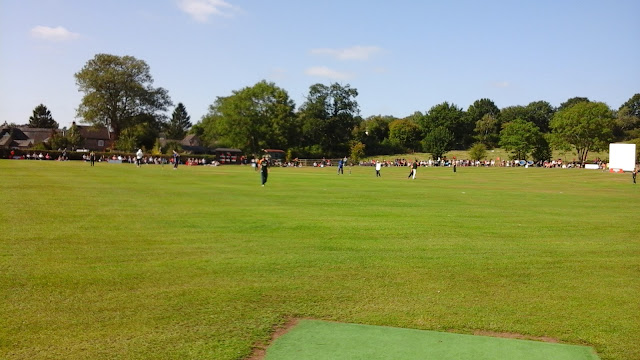 Newtown Linford Cricket Club had won a national competition for the best cricket tea in the country and the match was their prize. They couldn’t have asked for a more beautiful day to host it, we loved sitting out on the grass, enjoying some very good cricket (and some not so great!). There was plenty happening besides the match including free Yorkshire Tea all day, a set of carnival style games stalls for the kids and of course the chance to sample the award winning afternoon tea for yourself during the break. We were also entertained by the Yorkshire Tea brass band who were phenomenally good fun and got us all dancing. 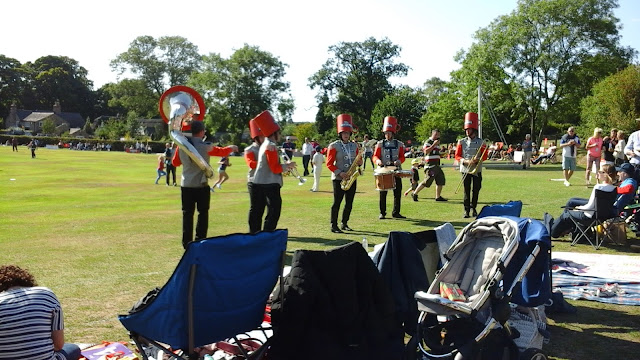 There were plenty of big names there, including Michael Vaughan (bowled out by a small child during the break), Mark Ramprakash, and Dean Headley. The commentators seemed to be taking full advantage of the free VIP bar in the pavilion over the day as the commentary got progressively more random and hilarious. My personal quote of the day was “Newtown Linford have proven themselves adept at dropping a catch”. The Boy and I were cackling mightily at the erratic narration, indeed we were in total agreement that it was the best part of the day. 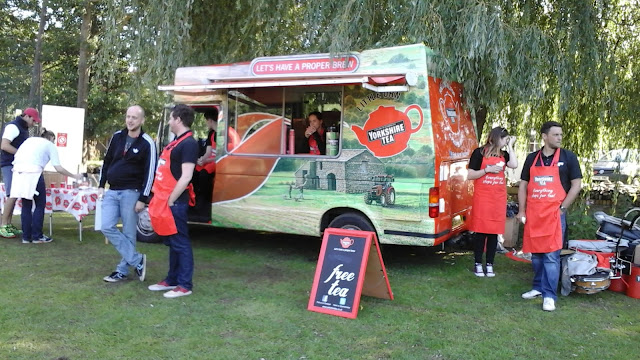 They raised money for the club through an auction, raffle and of course tickets and cream tea sales on the day. I was really pleased to see such a high profile event just around the corner and hope that it inspired a new generation of cricketers in this small village!

Congratulations to the Newtown Linford boys also for keeping their heads above water in the game finishing 144-4, chasing the Masters on 207, which was a much more respectable scoreline than I was expecting, I’ll be honest with you! 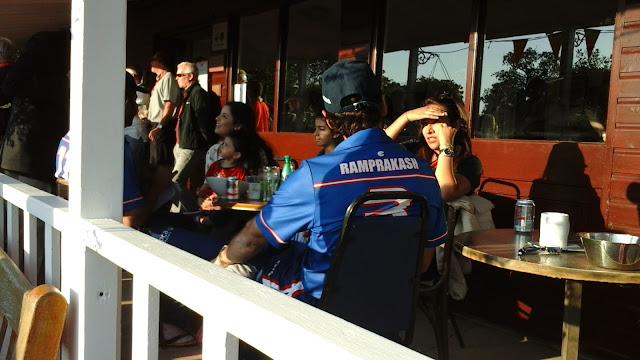