Well, the Great British Bake Off is back on our screens and the nation has gone baking mad once again. I thought I’d leap in to the madness because the lovely Food Thoughts sent me a tub of their super amazing Finest Organic Fairtrade 100% Cocoa for Baking to get creative with. I’m a big fan of Fairtrade products so I was delighted to receive their gift as you can imagine!

When it comes to organic though, I’m not so sold. The Boy swears by organic kiwis (you’ll often find him muttering to himselves in the produce aisle) and we both agree that we’ve sampled some fabulous organic wine, where the growing method really does seem to make a difference. And actually, cocoa is the only thing that we make a real effort to buy organic too. The Food Thoughts is lovely, as soon as you open the tub it smells deep, rich and inviting.

I decided I wanted to make something that I hadn’t seen before, which is always great news because as we all know, baking is a science and therefore unlikely to lend itself well to random experiments. But that sort of common sense didn’t discover jelly babies, so I got on with it. I created a rich, dense bake that has all the close textured gooeyness (real word) of a brownie, with the oaty goodness and general all round fibre benefits of a flapjack. Therefore I called it a brownie-flap. 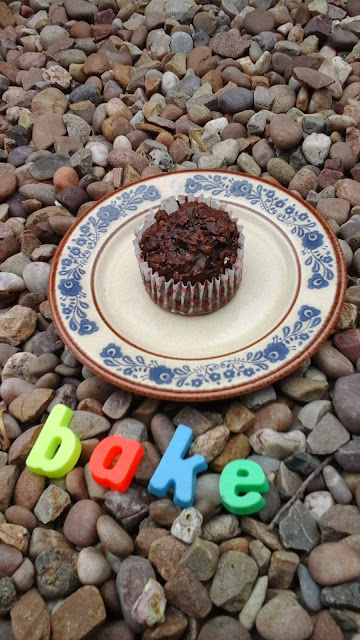 You can recreate this recipe yourself, if you’re at a loose end. I’d probably raise the butter and self raising flour content and lower the oat percentage next time to keep the density, but help it to be a little less close textured. I’d be interested to see what impact an egg would have on this recipe as well – let me know if you try it out!

Put the oven on. You know, the temperature that you bake everything at – like 180, 190 degrees celsius right? That’s what everyone bakes everything at and don’t pretend that you don’t. 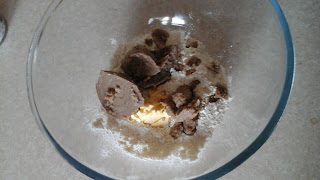 Mix the self raising flour, butter and chestnut puree together until incorporated and the butter is evenly distributed. If you melted the butter you could skip this step and just throw everything in together. 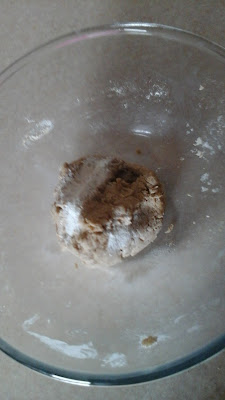 At this point I realised how dense the chestnut puree was going to make the end product so I added a dash of baking powder out of sheer optimism. You could probably go lower on oats and add more self raising flour and butter for a slightly lighter end product. 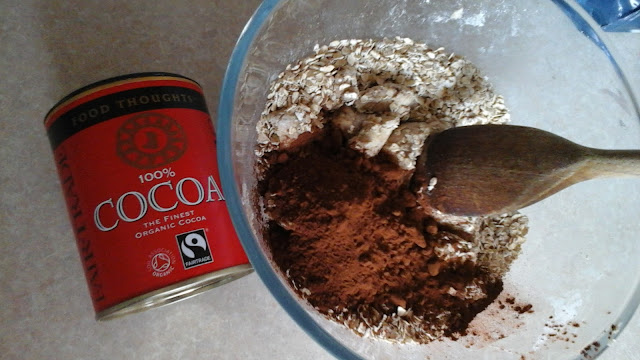 Throw in the rest of the ingredients – sugar, oats, Food Thoughts Cocoa, evaporated milk and vanilla and mix until smooth. But of course, it’ll be lumpy really, on account of the oats. 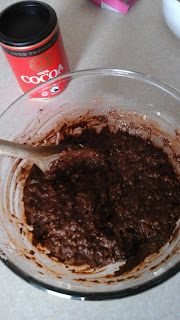 Whack it in a square tray which you have greased thoroughly. I was worried this was going to stick like a whatname, so I cracked and put it in cake cases to be sure and certain in the hope of removal from the tray, but having baked it, it’s fine and will slice easily as a tray bake. 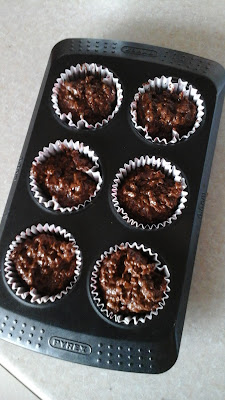 Bake until still slightly moist looking in the centre, but with a slight spring to the touch. Mine took about 13 minutes. A full tray bake rather than individual serves will take longer. Cook it until it’s done basically. 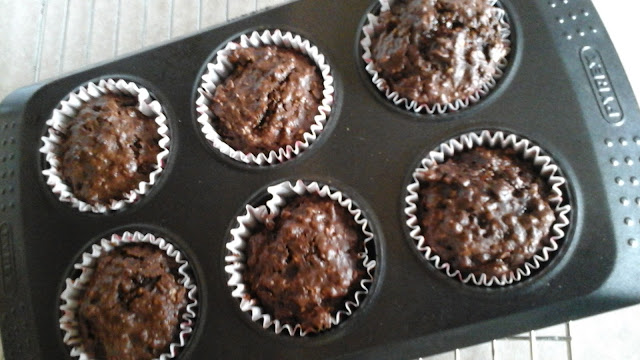 Et voila. I have a feeling it will be best served warm with custard, like so many things in life.
Thanks to Food Thoughts for dropping the cocoa over for us to try. If you’re feeling experimental, and you want to invent a new baked good, you can pick their cocoa up in Sainsbury’s. 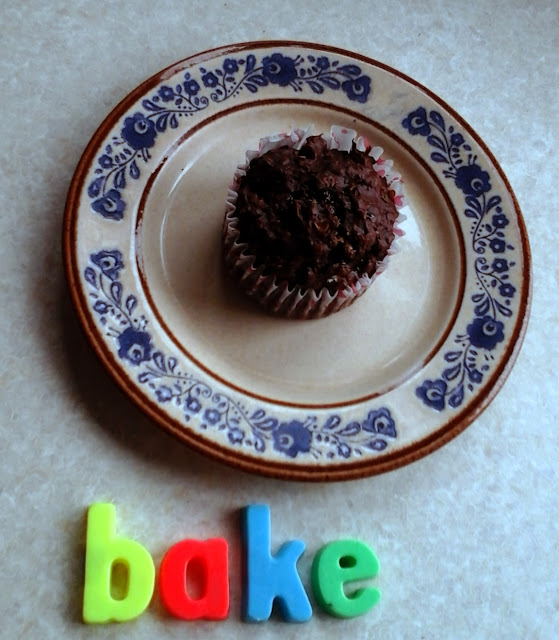