Mastodon Get your UK Burger Battle on! ⋆ Laura Hadland: The Extreme Housewife
Skip to content

Get your UK Burger Battle on!

So, in the wake of National Burger Day this week, the UK Burger Battle finally landed in Leicester this evening. It’s been a massive success in Birmingham and we’ve been looking longingly at the reviews so of course we bought our tickets right away. I am so full of meat right now that Traci Lords is looking up to me as a role model, but I just about have the energy to write about it all. 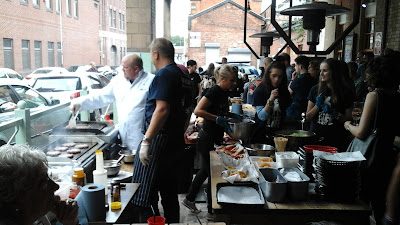 Was the Traci Lords joke too much? I’m leaving it in. 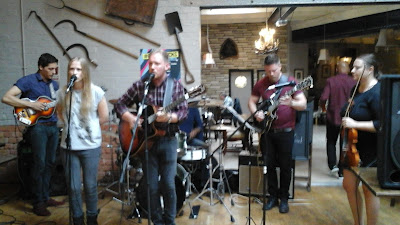 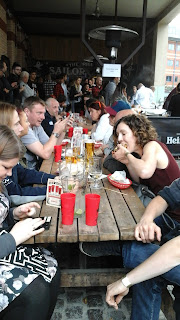 The Leicester battle was between two stalwarts of the local food scene, Crafty Burger and The Paget Arms. Hosted at the Parcel Yard by the station, it had been a rainy day but it faded out as the crowds gathered for the sold out event. There was a number of top notch bands performing, we were particularly happy to hear some nice folk followed by a punkesque combo with some well favoured covers in there to keep the mood happy and hip.
Leicester’s great and good were out in force to take a bite at two of the city’s hottest burger restaurant offerings – with specially created menus for the battle. Attendees had three hours during which to sample each of the burgers (along with their complimentary welcome drink of course) whilst enjoying the entertainment and the fine company. Then a public vote was taken, alongside the professional judges vote and a winner was declared.
We spotted bloggers from Recipes and Reviews and Faiiint there, as well as Bobby Ananta, the new chef at St Martins and author of the Javanese Spoon. Also checking out the beefy goodness were our good friends from Gelato Village, who had provided an extra special dessert option for the burger aficionados. 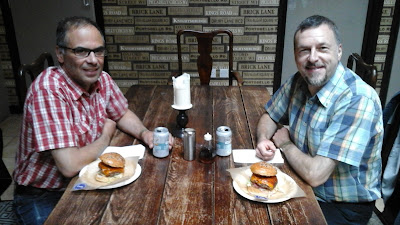 But of course, you want to know more about the challengers, right?
In the red corner, we have the Paget Arms.
The Paget Q
“28 Day Dry Aged Limousin Beef Patty, BBQ Pulled Pork, Candied Smoked Bacon, Crispy Onion Ring, Paget Relish, Red Leicester Cheese, Homemade Sailor Jerry BBQ Sauce and a touch of Sriracha. All in a Brioche Bun.”
The pulled pork was succulent, the beef patty was perfectly cooked and the candied bacon was a touch of genius. The Sriracha added an extra flavour that ran through the whole burger and really gave added interest to every bite. The cheese was purposefully cut thick to ensure that it had a distinct presence. Beautiful. 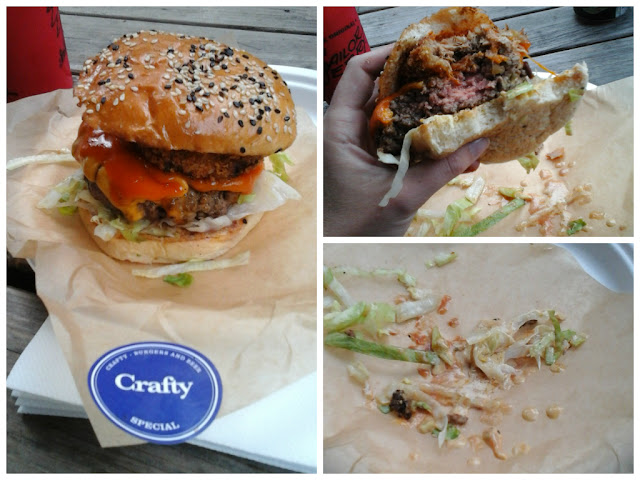 And in the blue corner, we have Crafty St Martins…
The Crafty Porker
“28 Day Dry Aged Beef Patty topped with a Croquette made from Boston Butt, Braeburn Apple & Steamin’ Billy Beer Mustard, Roasted Tomato and Smoked Chilli Catsup, Chicharron Salt, Red Leicester Cheese, Home Pickled Cucumber & Red Onion and Crafty sauce. All in a ‘Milner’s of Blaby’ Bun”
The croquette is the really star of the show here, crispy exterior, meltingly soft interior, with another perfectly cooked burger and a top notch selection of sauces that melds the whole thing together. Totally juicy and finger licking good one might say. 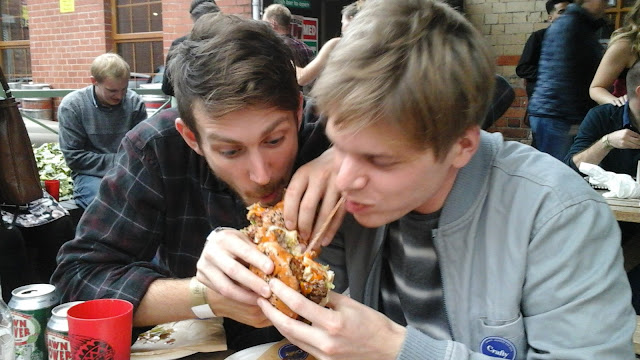 All this set against a backdrop of a fine Sailor Jerry sponsored bar serving super cocktails and an awesome selection of craft ales. They’re all still there now, partying away into the night. Sadly we had to head off early, but you’ll be exciting to hear that Crafty Burger came out victorious. If you’re feeling super jealous, you can book your tickets for the next Burger Battle – Judgemeat Day! Tickets are available online now. Let the burger based battling continue!