We popped back down to Gelato Village last night for an extra special midnight feast. It was a fantastic party, showcasing the new range, called Issimo. Made with the usual Gelato Village artistry, fresh ingredients and no artificial preservatives, so it’s fresh and delicious, the Issimo range is designed to give an extra special taste sensation. But as the ingredients are seasonal it’s not going to be around forever! The range will be available to the public from 18th July 2015 and we’ll see how long it sticks around for. 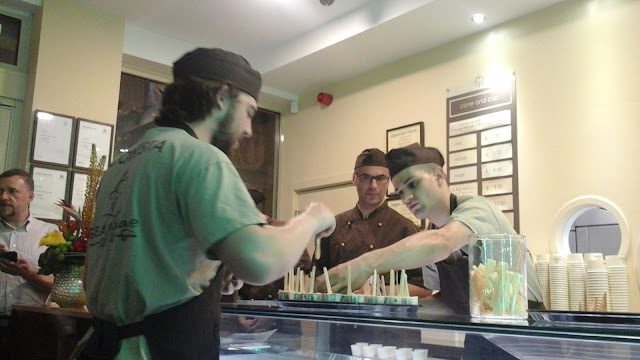 It was a fabulous event, starting at 11pm where we were introduced to the main components of the new range, the extra special flavour combinations that have been specially created for Issimo. We tasted the Yin and Yang, a combination inspired by Leicester’s own @_SunitaPatel on Twitter. She had proposed raspberry and dark chocolate as a new suggestion, but of course the dilemma was should it be a dark chocolate gelato with raspberry, or a raspberry sorbetto with cracked dark chocolate? Naturally the only answer was to make both and so Yin and Yang was born. And it is delicious. the sorbetto has a deep raspberry flavour and concentrated tang which is absolutely mouth watering. The dark chocolate in the sorbetto adds texture and makes a great flavour combination. The gelato has a rich chocolate flavour from the high quality cocoa and the raspberry just comes through at the end. 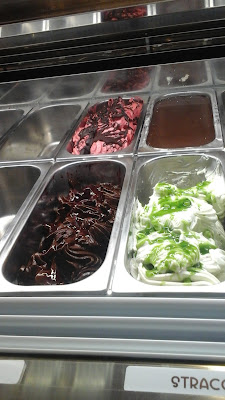 As well as the original inspiration of raspberry and chocolate, there are two other new flavours – the kiwi, coconut and lime sorbetto and Massimo gelato served with hazelnuts and freshly poured chocolate, straight from the tap, Yes, you heard me, the chocolate tap.

I thought the kiwi, coconut and lime sorbetto was a real taste of summer. It’s like the best holiday at the beach you’ve ever had, in frozen treat form. The tropical flavours blend together perfectly with a great balance of sweet, aromatic and tart fruit flavours. It is really light as well and disappears on the palate leaving just a hint of the fruit flavours and the warm nuttiness of the coconut.

And finally the Massimo is deliciously creamy, composed of the cremino gelato and brings out those awesome flavours of the fantastic hazelnuts, some of the finest in the world from Gelato Village owners Antonio and Daniele’s home region of Piedmont, Italy. They really are just that bit more special than the regular offering at the Village – which is really saying something as the care which goes into crafting the fresh gelato.

After we had tried all of the new flavours, it was time to get the inside scoop (geddit!) on how the gelato is made. We got to go behind the scenes into the lab and hear exactly the process that is undertaken each day at the shop and to see it for ourselves. They made a fresh Stracciatella for us, showing how the creamy base is made and the fresh chocolate added to the frozen mix to make the characteristic little shreds of chocolate for which the mix is named. 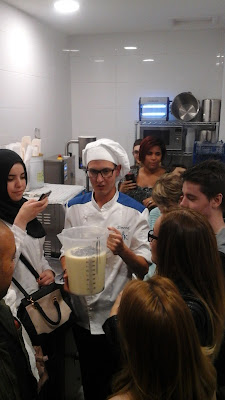 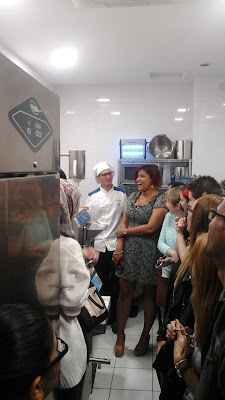 As well as looking over the process ourselves we then got to try the actual Issimo offering in their full glory. These are the gelatos and sorbettoes I have mentioned, beautifully presented in a number of forms – either a copa or a waffle dish.

The copa is a sort of sundae, put across to you in a classicly shaped, simple yet refined glass and garnished with extra fruits and sauces. We were sharing them on our table but you could see that one would be a real treat and plenty enough for a meal.

The fresh whipped cream is made on site using the same cream that the gelato is made from, from the rare breed cows at Belvoir Ridge, Leicestershire, so you could probably just have a bowl of that stuff to be honest, it’s chuffing delicious.

And of course why just try one copa when you can try two? I think the Massimo element of the range is probably my favourite. I’m a purist and when can you go wrong with fresh gelato, chocolate and hazelnuts? So much chocolate sauce, so much texture and deliciousness… And of course there is always a little Gelato Village wafer, which is the crowning glory.

I was super excited to try the Issimo waffles as well. I’d seen a sneak picture on the Gelato Village facebook and they looked beautiful as well as extremely tasty. I was not disappointed! 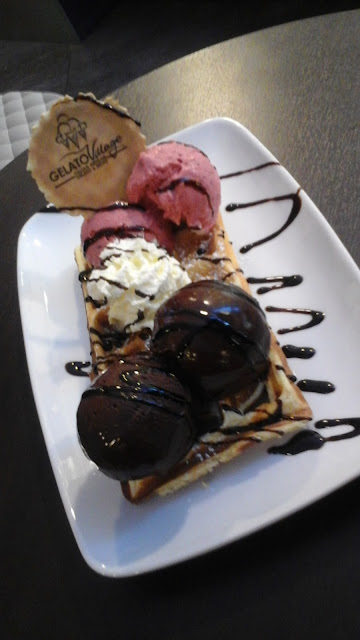 The Yin and Yang waffle was probably my favourite. The waffle was a great texture, freshly made on site which gave a delicious scent to the air, with crisp corners and a soft and quite light texture in the centre. It captured the delicious sweet drops as the gelato and sorbetto melted together over the dish and became filled with the raspberry flavour. Mmm, I can imagine the taste all over again as I write. Totally inspirational stuff.

Thank you to Gelato Village for inviting us along to share in their taste extravaganza. Just one week to go and then you will all be able to enjoy it for yourselves too. Trust me, get there before the raspberries go out of season – you’ll thank me for it.