The best 5 things in Leicester this weekend

It’s a big weekend for Leicester. The weather forecast isn’t looking too shabby and as I patter away on the keyboard the sun is streaming in the window. There is a tonne of good stuff happening in the city to keep you entertained, so pick your favourites, get out there and embrace the summer with good friends, good food and great tunes!

Where could the top tips for this weekend begin but with the fine Leicester institution of Caribbean Carnival. Now in its 30th year, expect a fabulous, colourful parade, art, craft and food stalls and addictive rhythms on the main stage.

There’s also a children’s village with lots of fun things to do and a funfair if that wasn’t enough! It’s one of the biggest multicultural events in the East Midlands and just another reason why Leicester is great! 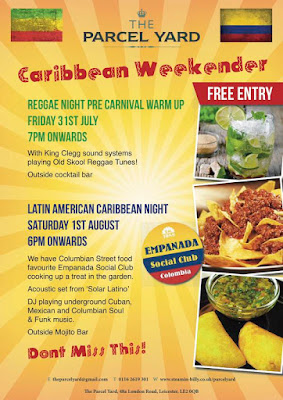 Get your reggae on with the pre-Carnival warm up at the Parcel Yard with Old Skool beats from the King Clegg sound system at the outside bar.

You can also keep your vibe running late into the night after Carnival on Saturday with an extra special Latin American Caribbean Night with delicious food from the Empanada Social Club, an outdoor mojito bar and DJ set featuring Mexican, Columbian and Cuban soul and funk – I think this is the event that appeals to me most – transporting me back to South America!

I think I might even feel a bit of a dance coming on. Just can’t resist those Latino rhythms! 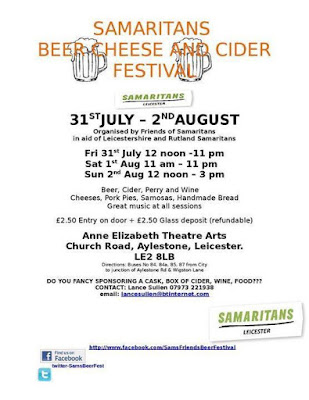 Raising money for the Samaritans locally and starting at 12pm today, this small beer festival is well loved by regulars for its great atmosphere. They’ll be featuring 16 beers (including Sweet Leaf Brewery), cider and perry as well as cheese pork pies and samosas.

There is live music in the evenings too, including rock bands tonight – not to be missed! 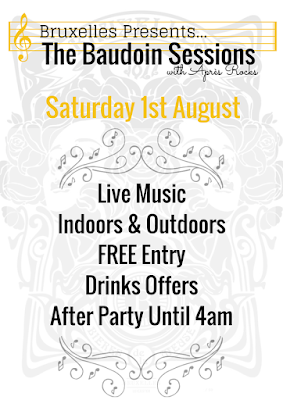 Featuring live music from Stop that Train and French Leave and many more throughout the day.

There will be drinks offers throughout the day, fun stuff happening indoors and in the secret garden and an afterparty until 4am, this is the place to go for some top indie music this weekend. 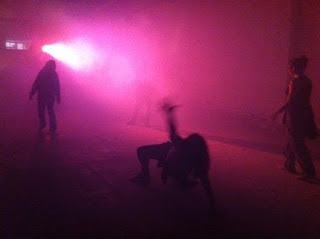 The sci-fi convention at the Space Centre has become infected!

Get your best warpaint on (literally) dress as your favourite vintage period zombie and join hordes of other shambling undead moaning and groaning their way to find the cure at Belgrave Hall. Quite frankly, if you’ve been partying until 4am the night before at Bruxelles then fancy dress may not be necessary, you may well look the part as it is!

So that’s the very best picks in my book. You can also take it at a bit more of a relaxed pace by attending the free Meet the Curator talk and tour at Leicester Guildhall on Sunday at 2pm, pop along to the Saturday Art Club at Beaumont Leys Library at 10am tomorrow, or pop along to the Orange Tree on Sunday for the annual Glastontree festival – a snip at only £3 entry!

Edit: I’ve also been made aware that you can take a gamble with the Mystery Film at the Phoenix this evening. Only £3 a ticket, and only the projectionist knows what the film will be! And of course I forget to mention that it is the launch weekend for Leicester’s first Cat Cafe, Cats, Cake and Coffee. Really something for everyone!

Edit II: Now I notice there is Pay What You Like comedy at Exchange tonight also. Chuckle away and help raise money for Oxjam. Wicked.

Edit III: I never cease to be amazed by all the cool things going on in Leicester that I have no idea about. Another of those things is the Cank Street Market. This independent market has apparently being running weekly throughout the summer so far and I had no idea! 8am until 4.30pm on a Saturday it will be on again today and this time will feature the delicious culinary creations of Bitsy’s Emporium. You can look on her website to see the menu of the delicious bakery treats that she has on offer today. Trust me, once you’ve had Bitsy’s cakes you never go back! The Cookie Dough Brownie Layer Cake looks like a masterpiece, but gluten free and vegan options are also available.