Couchsurfing and wine tasting in Catalonia

We’ve just got back from another fabulous week away. This time we travelled a little around Catalonia and sampled the delights of the region. We started with the resplendent Roman majesty of Tarragona, where we were amazed to have an accidental run in with a practice of a regional speciality, the Castellers, building human towers.

Not the sort of thing you expect to stumble across at 11pm at night in what had previously appeared to be an abandoned warehouse, but the more people we talked to, the more we found out what a significant part these towers and the competitions that they are made for, play in life in the region.

As a former Roman Imperial capital, Tarragona’s archaeological offering is of course splendid. Huge swathes of the Roman buildings remain, including the ampitheatre, forum and large sections of the town walls. There is also the Praetorian tower, remains of the circus and much much more.

It truly is breathtaking, although as usual we could only spend a limited time in the most touristic areas before we had to escape back to the narrow streets of the town, where the locals hang out. We are no good when faced with mass groups of old people with cameras. 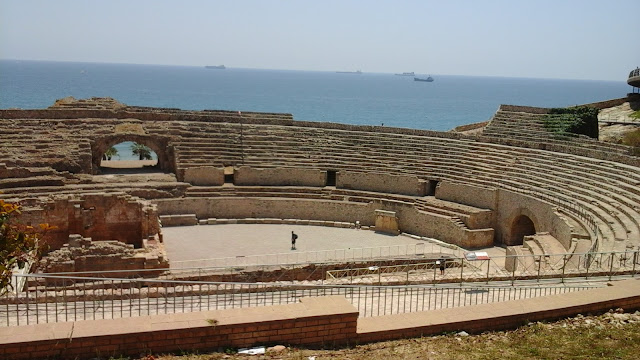 Beyond the tourist traps, Tarragona is a typically quirky and freethinking Catalonian city. As with the rest of the region, independence and anarchist grafitti abounds, as well as some much more creative artistic mural work. We particularly liked this one tiny street that we found where all of the bollards had been painted in bright colours. 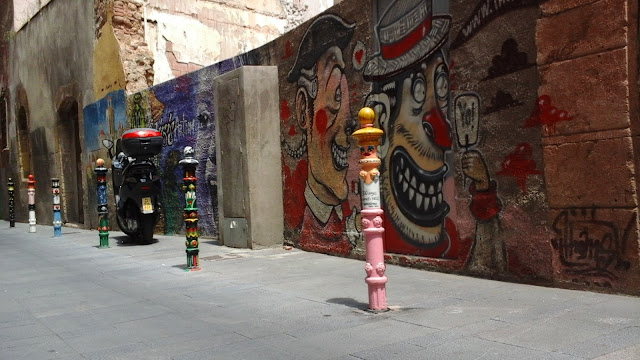 Following this we headed to Vilafranca del Penedes, in the heart of the Penedes DO, where we made a bunch of new friends and tasted some awesome wines. This was our first experience couch-surfing as guests and the two hosts we stayed with were absolutely wonderful. It was so generous of them to open up their homes and their lives to us. With both people we talked about wine, politics, travel – a whole range of topics. And with both we tasted a few wines of the region, so lets look at the notes for some of the best. 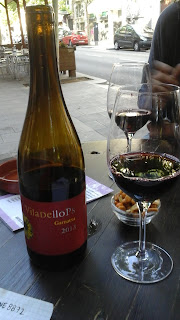 A clear wine with a light ruby colour and no hue from age as yet, it had a rounded cherry flavour with hints of caramel all wrapped up in a remarkably light body, making for a pleasing, easy drinking wine with a short finish and a light stone fruit flavour left on the palette.

At 10 Euros a bottle I was certainly not complaining, this organic wine had a pleasing complexity and interesting twist on the Garnatxa’s I have drank in the past. 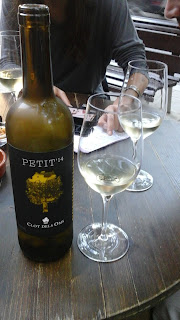 Another young, inexpensive wine that I gave a 7 to because it was perfectly drinkable and also matched well with the Tete des Moines cheese that we were trying for the first time – a sharp Swiss-made cheese served in shavings the shape of a rose. The sharpness of the cheese matched the almost orangey citrus acidity of this light but rounded wine which faded away to leave a light floral note on the finish.

Only 7 Euros in the wine shop we were at, this wine can be procured even more cheaply from wholesalers and quite frankly makes me annoyed at how much we pay for bad wine over here in the UK.

More posts of our great wine adventures in Spain to follow in the coming weeks, so look out for those. Also there’ll be a feature on new kids on the block, Edge Brewing in Barcelona for all you beer fans.