Booked myself a day off and decided I wanted to spend it making something in one afternoon, as I have many craft projects on the go but they are all much larger labours of love which don’t have the same immediate satisfaction.

I had picked up a 1983 duvet cover in a thrift store in California for mere pennies and so decided to make it into a bag. One of my old bags, bought in the same store, is starting to get holes in, so rather than patch the patchwork I thought I’d make myself something new. I won’t bore you with all the detail. I copied, then amended slightly the pattern from The Destashification Project and away I went. I’m still deciding on a fastening and I may pipe the edge properly, but in essence it is done.

Et voila! The He Man Bag. For ladies. 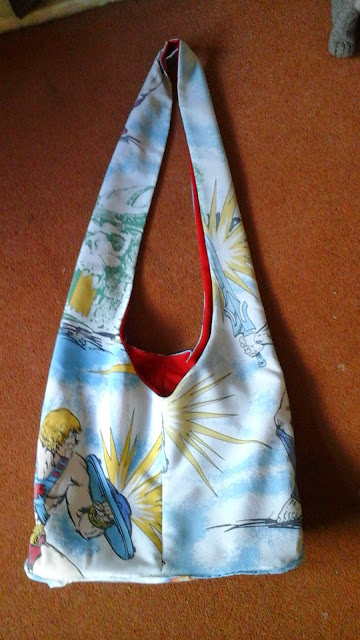