This morning we stepped off the plane after a wonderful week in Aquitaine. We stayed at La Grande Maison, Bergerac which gave us a great opportunity to explore this compact French town in depth and on foot.

Naturally one of the key draws to Bergerac is a visit to wine country. Much more compact than its showier neighbour, Bordeaux, Bergerac has 13 appellations and just as much variety for the spirited wine guzzler. More posts on the wines we tasted to come over the coming weeks!

However, it’s not all about the boozin’, Bergerac also has a real quaint charm as a town. Nestled in a valley up against the might Dordogne, its old bridge provides a central focal point and hints back to the economic power of the town derived from its aquatic accessibility. Take a ride on a traditional ‘garbarres‘, or barge to get a flavour of the heritage of the port and to take a look at the diverse wildfowl that live on and around the river.

Once you’ve done that you’ll want to know how the gabarres are made, and for that you head to the admittedly quite poorly curated Musee de Ville. It’s cute but doesn’t have any English interpretation so make sure you take your dictionary. The local museums have a passport, which is 5 Euro so you can visit the 3 instead of paying 4 Euro admission at each, so it’s definitely worth doing that. Unfortunately the Conti museum was closed while we were there, it is only open over the summer, but the Tobacco Museum was open, another nod to Bergerac’s economic pillars.

The Musee du Tabac has a vast and varied collection from around the world which looks at the social, cultural, artistic and craft history of tobacco. An interesting topic which is covered from a range of perspectives, but again sadly lacking in decent interpretation – there are select and short labels for some objects but not a huge amount of debate about the most interesting aspects of the cultural and medical debates surrounding tobacco. There are also a lot of pipes. Like a lot. It’s mainly the pipe museum, with a couple of interesting paintings and occasional alternative miscellania. But definitely still worth a look if you’re in the area. Both of these museums were definitely worth visiting for the beautiful medieval buildings which house them, and certainly architecture is one of Bergerac’s strongest suits.

A work in progress since the first castle was built in the 11th century, later sadly destroyed by a flood, the town has built up into a patchwork of medieval buildings, set cheek by jowl in the narrow cobbled streets. It is lovely to wander around the old town, but the quaint Continental architecture of the surrounding commercial and residential areas is much later but also has a certain charm, as the continuing themes of decorative rafters and shutters, for example, radiate much further out than just the old town area itself.

The crowning architectural glory (in a literal sense) is the great tower of the Notre Dame cathedral, which literally looms large over not only Bergerac, but is also visible for many miles around. We found that this was an excellent point around which to navigate your way about town because it is so visible in most places. 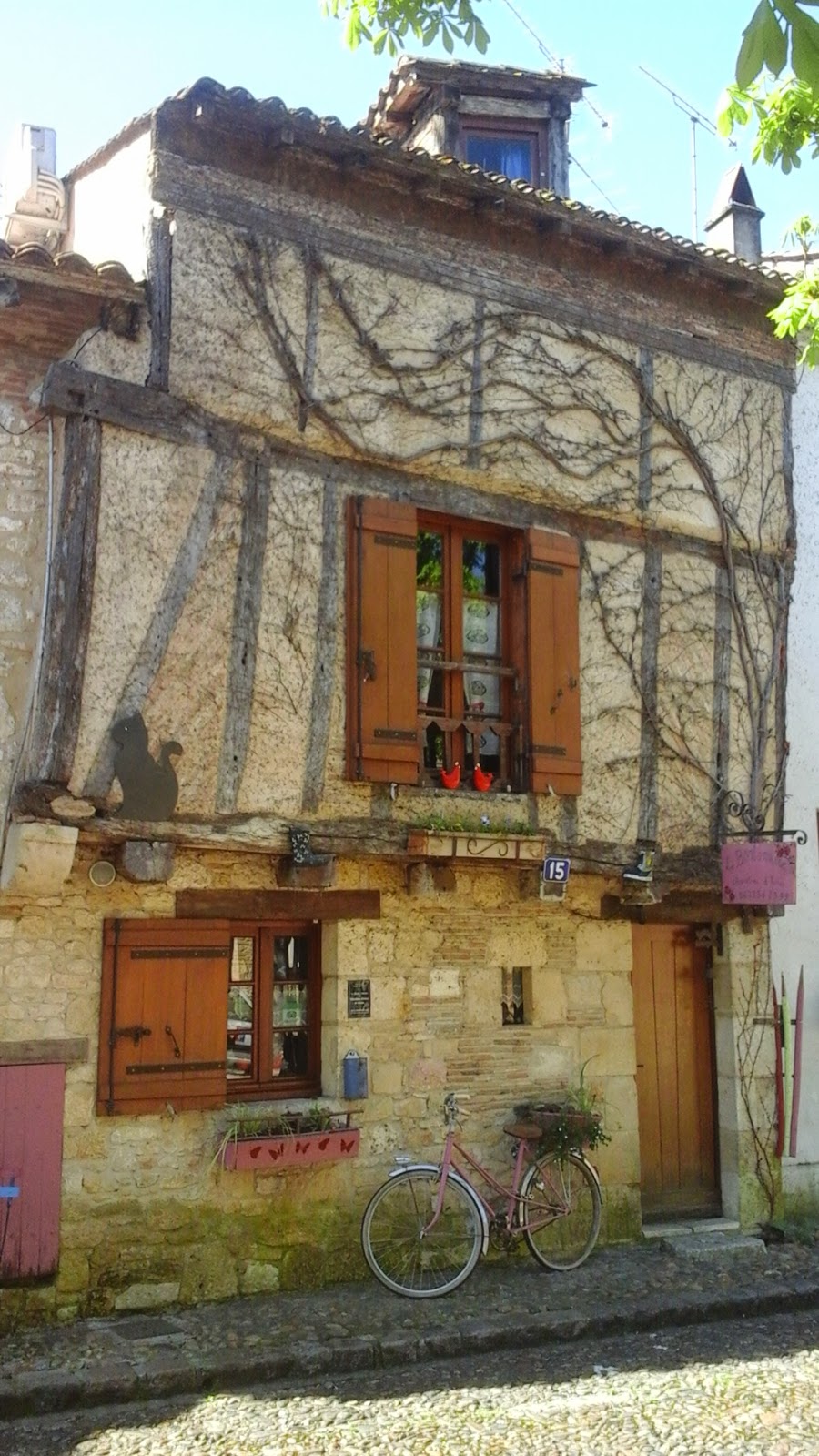 Along with all of these delights, make sure you make time in your schedule to pop along to the miniature harbour, look out for the markets that run throughout the week as well as the covered market for all the comestible delights that the town has to offer. Keep an eye out for the numerous privately run art galleries around the town also. We saw a couple of absolutely first class exhibitions while we were there, with an interesting mix of sculpture and craft on display. However, there are also galleries at absolutely the other end of the spectrum with some of the worst art I have ever seen. So that’s good for a giggle too.

Add in to all that a great foodie culture, with duck and foie gras prevelant (you will of course need to say 17 hail mary’s to the gods of animal welfare afterwards) and a rich local tradition of cakes, pastries and macarons and you’ve got yourself a great destination for a short break. We spent a week there and, along with a few day trips, we found plenty to keep us occupied.

And what trip to Bergerac would be complete without passing by one of the statues to the famous Cyrano. Who apparently doesn’t have any connection to Bergerac at all, but they still have Le Cyrano cafe, mugs, tea towels and other assorted tat… 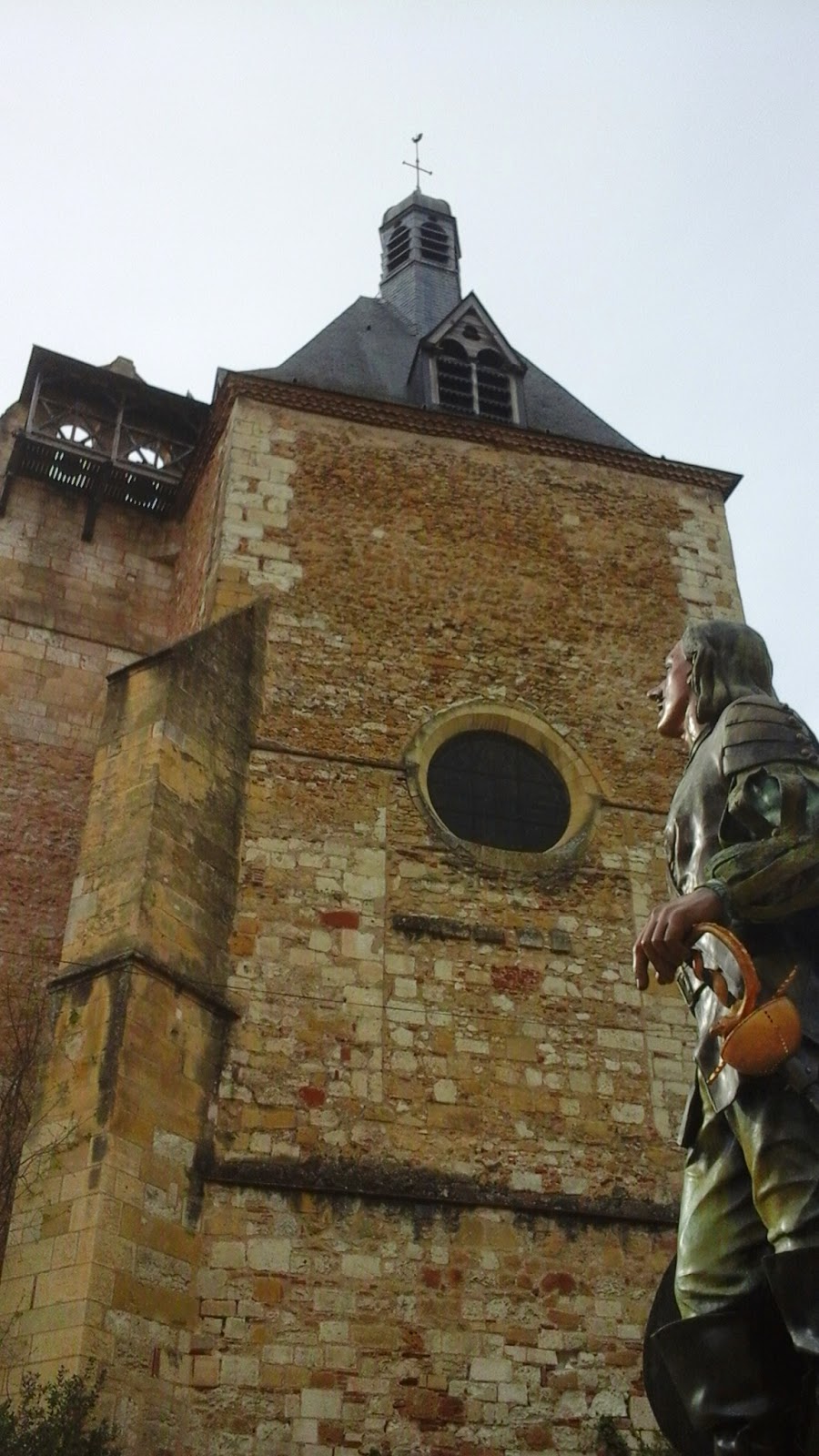