Best Burger in the World

It has been the first properly full-on-sunny, warm, beautiful day of the year today. It has been fabulous. I’ve cleaned my bike, been to the garden centre, done some pruning and of course, we’ve had a BBQ. Admittedly the third barbecue of the year, but still, this one was by far the best.

And why was it the best? Because we created the best burger in the world, that’s why. I’m going to sort of post the recipe, but basically I’m going to just describe it to make you all jealous. It was transcendental bliss within bread. Today, we are winners at life. 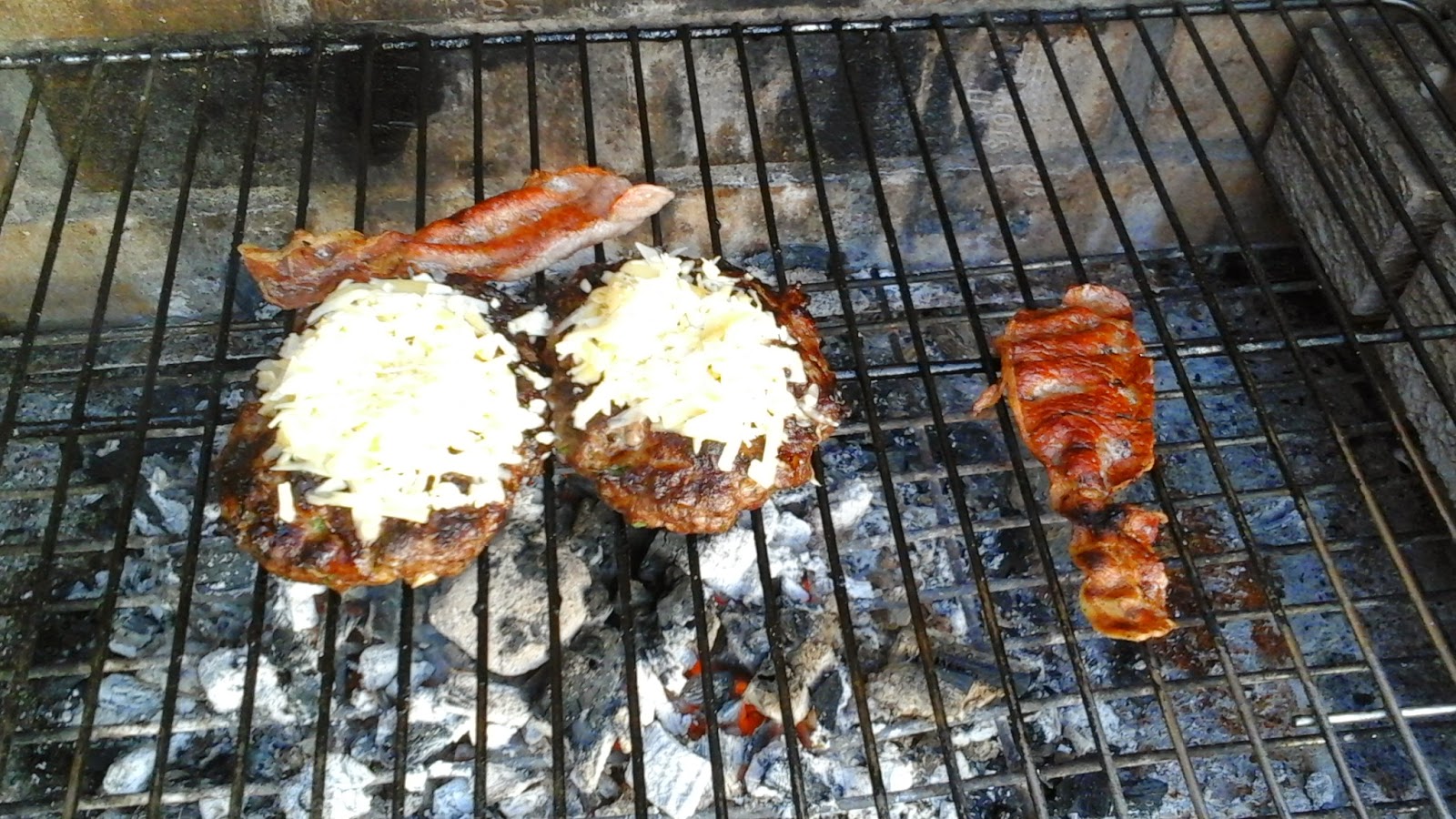 This burger was minced beef mixed with a red chilli, and handful of homegrown chives, two cloves of garlic, a teaspoon of paprika and a pinch of salt, left to marinade in its own awesomeness while the BBQ heated up.

Then we stuck it on the BBQ and when one side was golden and perfect, we flipped it and added a couple of bits of bacon to the BBQ. Once the bacon was well on its way to shattering perfection, we added a jenga style heap of cheese to melt down on top.

Once the cheese had melted down a bit and the bacon was fully crunchy, I put it on the burger and added yet more cheese. Because I like to live on the edge.

While that did its thing for a bit longer, I sliced a crusty white loaf thickly, prepared with burger sauce and half a ripe avocado per person. Admittedly we didn’t have any buns in, but actually the crusty bread had a good amount of structural integrity around the perimeter which meant it held up to the burger eating process much better than your standard bun. Not in the middle so much, and we did end up with a lot of burger smeared on our face, but that’s another reason why this was such an awesome burger. 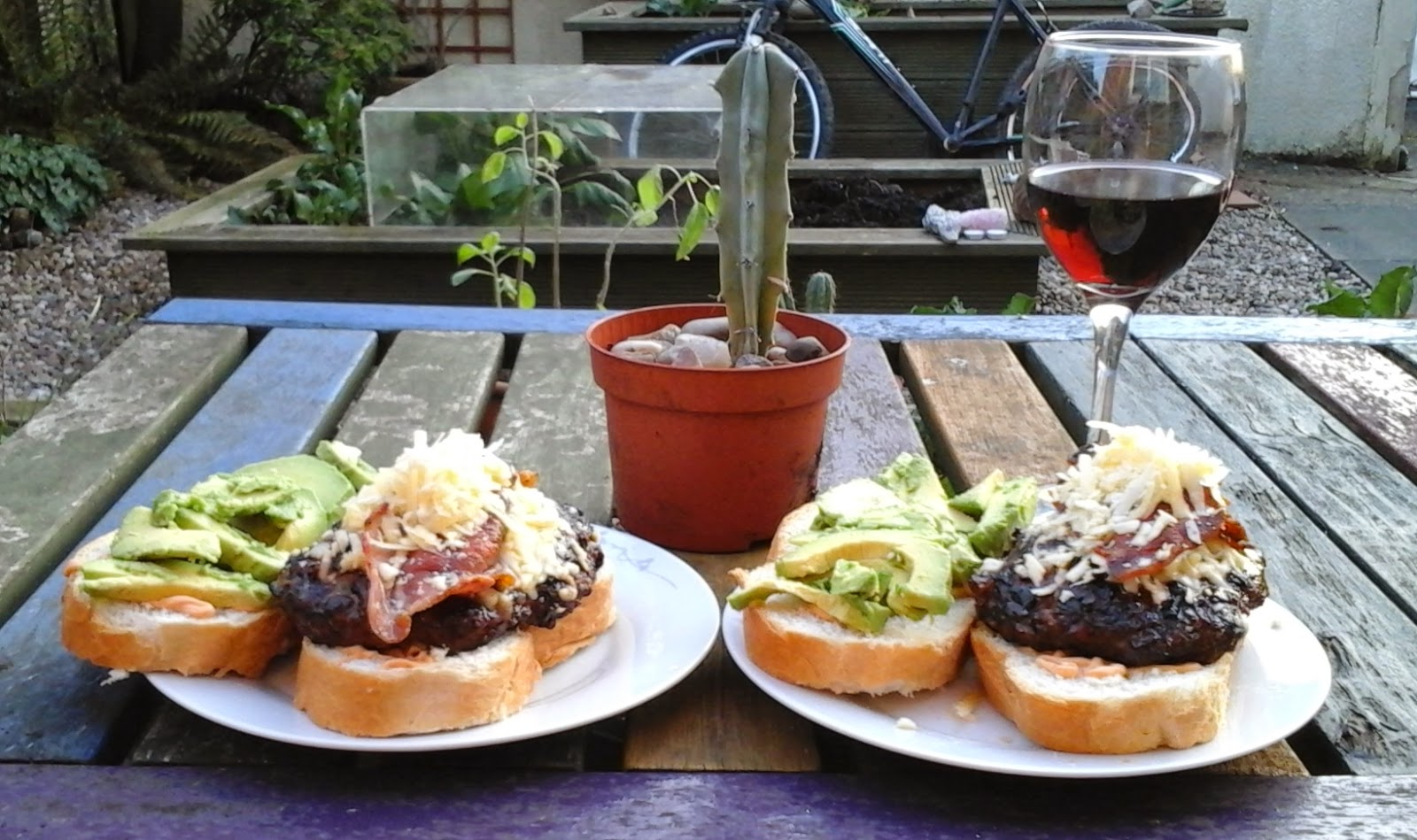 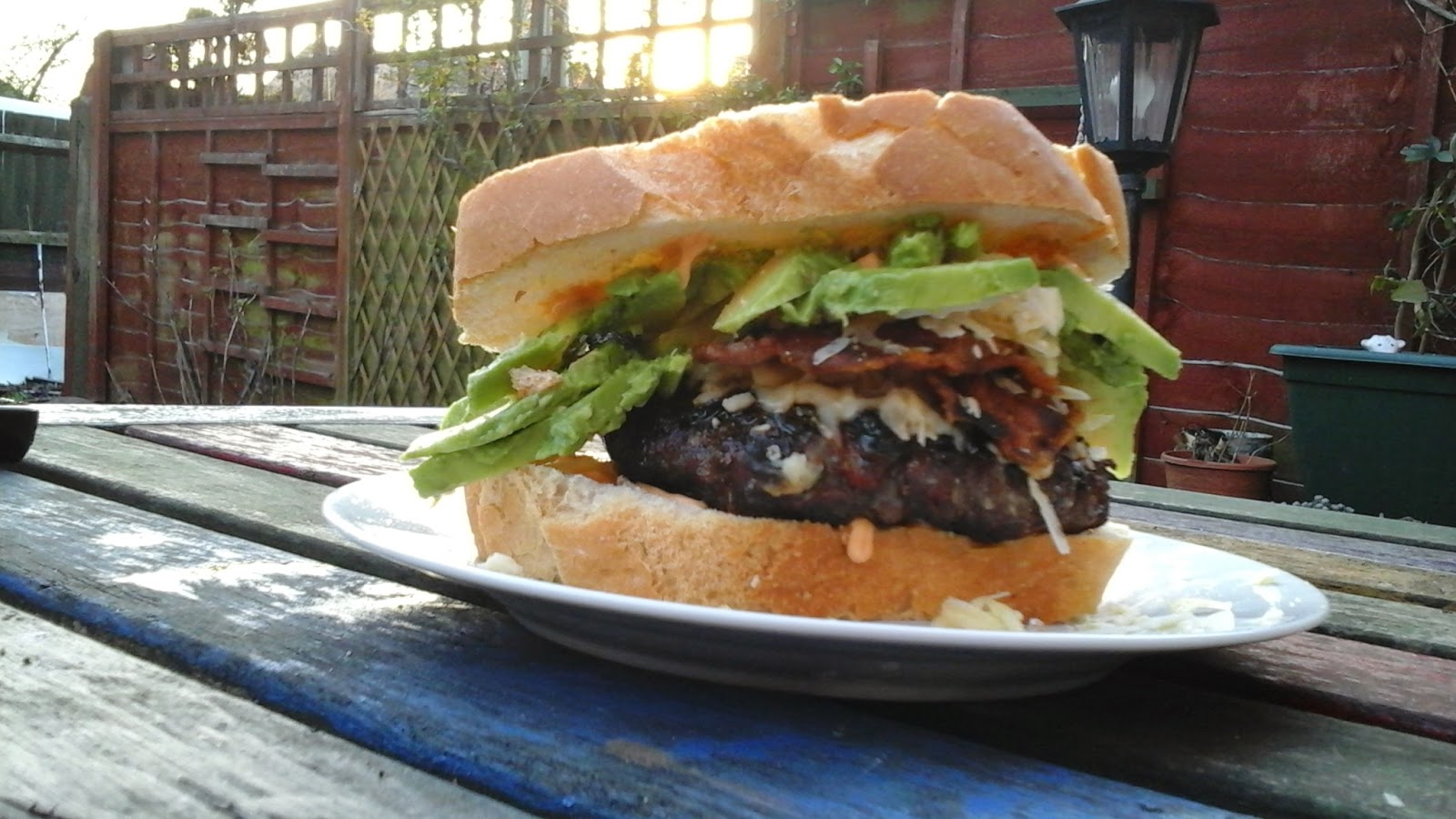 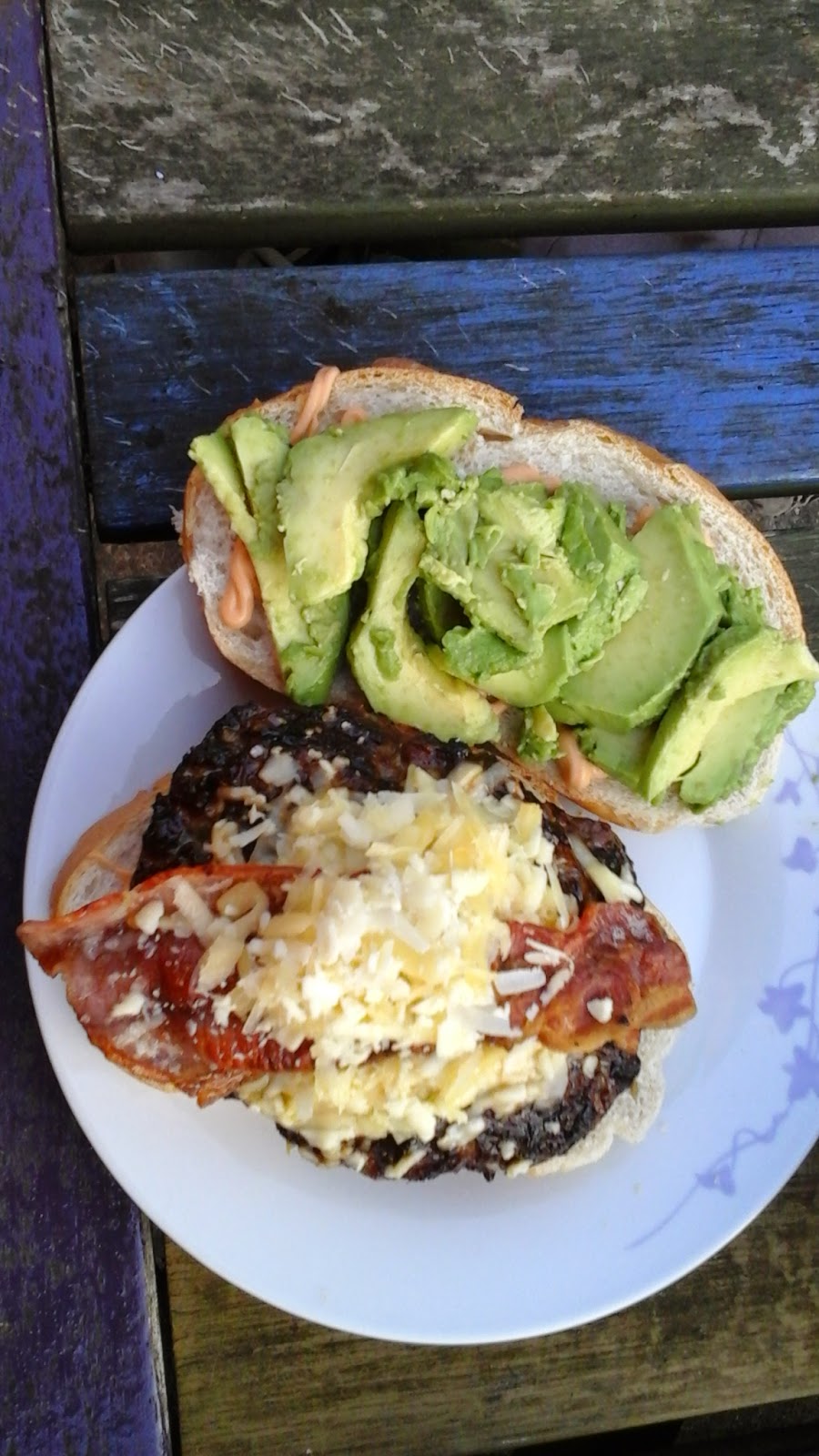