Well, it’s been a beautiful Easter weekend and happily I still have one more day off before heading back to work, so there’s still time to get your nominations in for which pub beer garden we should visit next.

I’ve had so many great nominations that I have decided I will also announce a People’s Champion based on the number of nominations each pub gets by my June deadline – so comment on any beer garden post on this blog with your vote, or tweet me using @Morrighani and #beergardenleicester. The Orange Tree on High Street is winning so far, so if you disagree be sure to let me know your favourites!

You can also use the hashtag if you’re looking for a recommendation, just let me know what type of garden you’re after and I’ll do my best to suggest somewhere local that fits the bill.

On to our latest contender, the Old Hare and Hounds in Anstey. This place has been a firm Sunday favourite for a long time, but they have been actively making improvements to the menu, and the garden in recent times so it’s a strong submission. This pub also has some of the friendliest locals in the world, so you’re sure of a warm welcome. 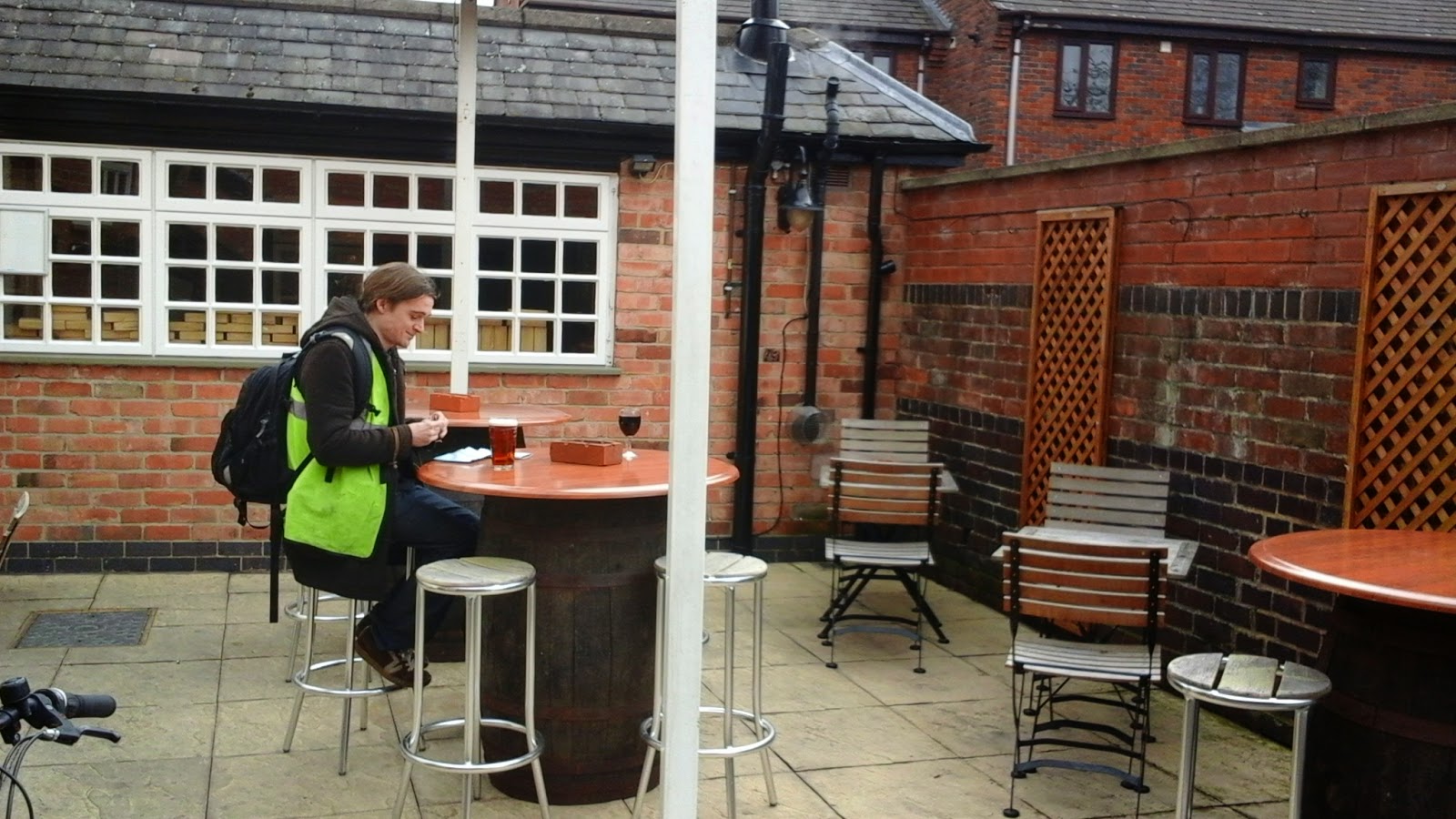 Size and exclusivity
This is a little yard at the rear of the old coaching house, so it’s got a great rural feel despite the absence of greenery! The recent improvements mean that they have made much better use of the space and many more people can be accommodated out there now – really making the most of their assets. From what I can tell, this pub tends to be mainly frequented by Anstey regulars, so it does have a slight air of the exclusive, but not in a parochial way. 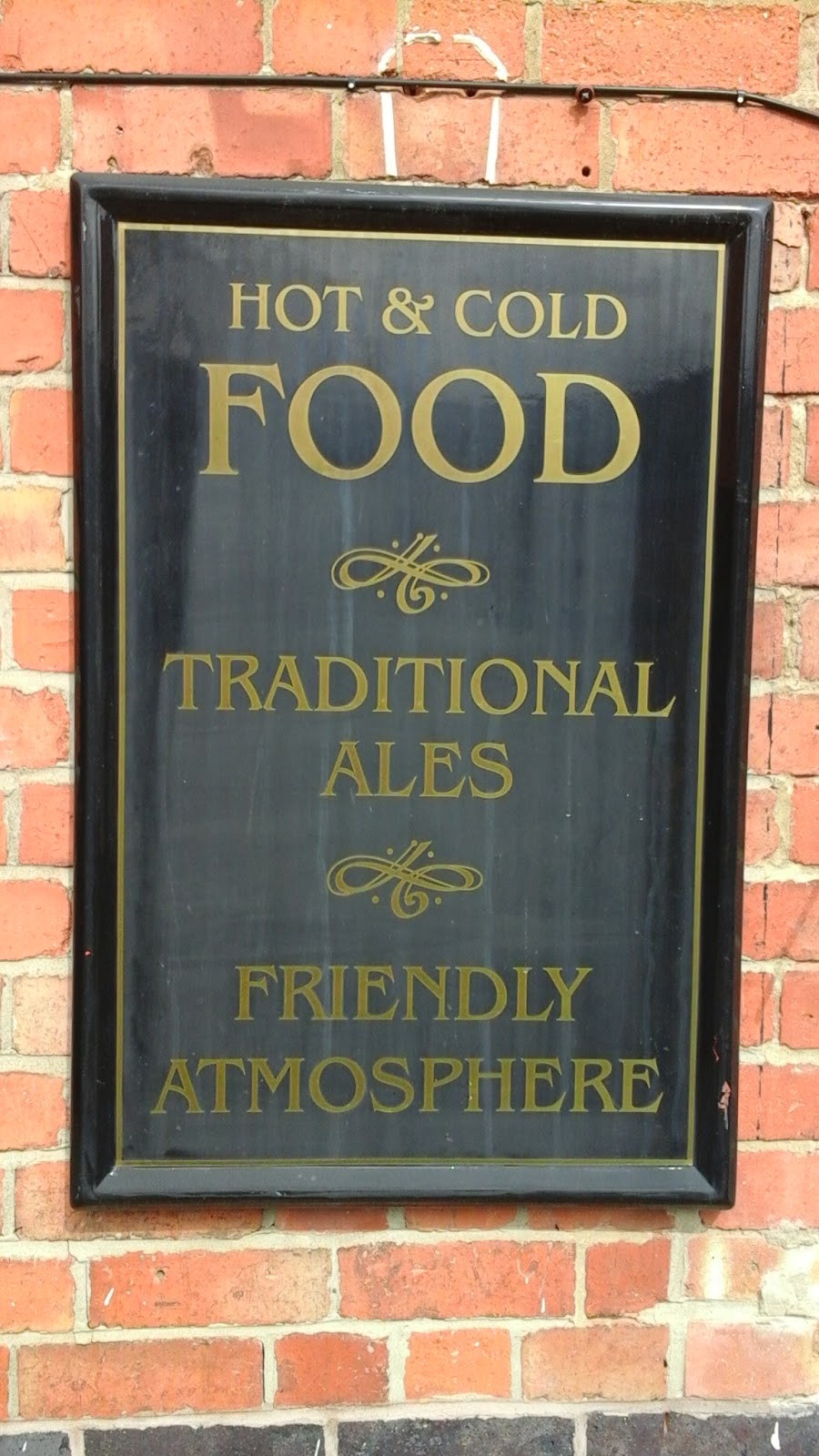 Early Doors
Not a bad score on after work sun here – we were there early afternoon and when the sun did peek through the clouds, we were in it. Using guesswork about the direction we were facing and tying to remember when we’ve visited in the past we’re pretty confident that this place will get about as much of the evening sun as possible until later on when the sun will drop behind neighbouring buildings.

Smarts
I’ve had a lot of people telling me that a beer garden has to have real grass to be any good. The Old Hare and Hounds has convinced me that this is simply not true. I love the mismatched architectural features of this historic coaching inn, it still gives a lovely country feel to the patio, but without it being crowded, overly urban or without warmth.
It’s full of character and the addition of the barrel tables is really lovely. See if you can spot the really cute decorative chimney pot with simple flower motif on it. I liked that the best. Your skyline also has a lovely church spire in it. What more could you ask? Unconventional, but scores highly for me.
There are currently empty trellises on the walls, so I am hoping that they will add some planters in the future, just to take it to the next level. A few flowers would really finish it off nicely. 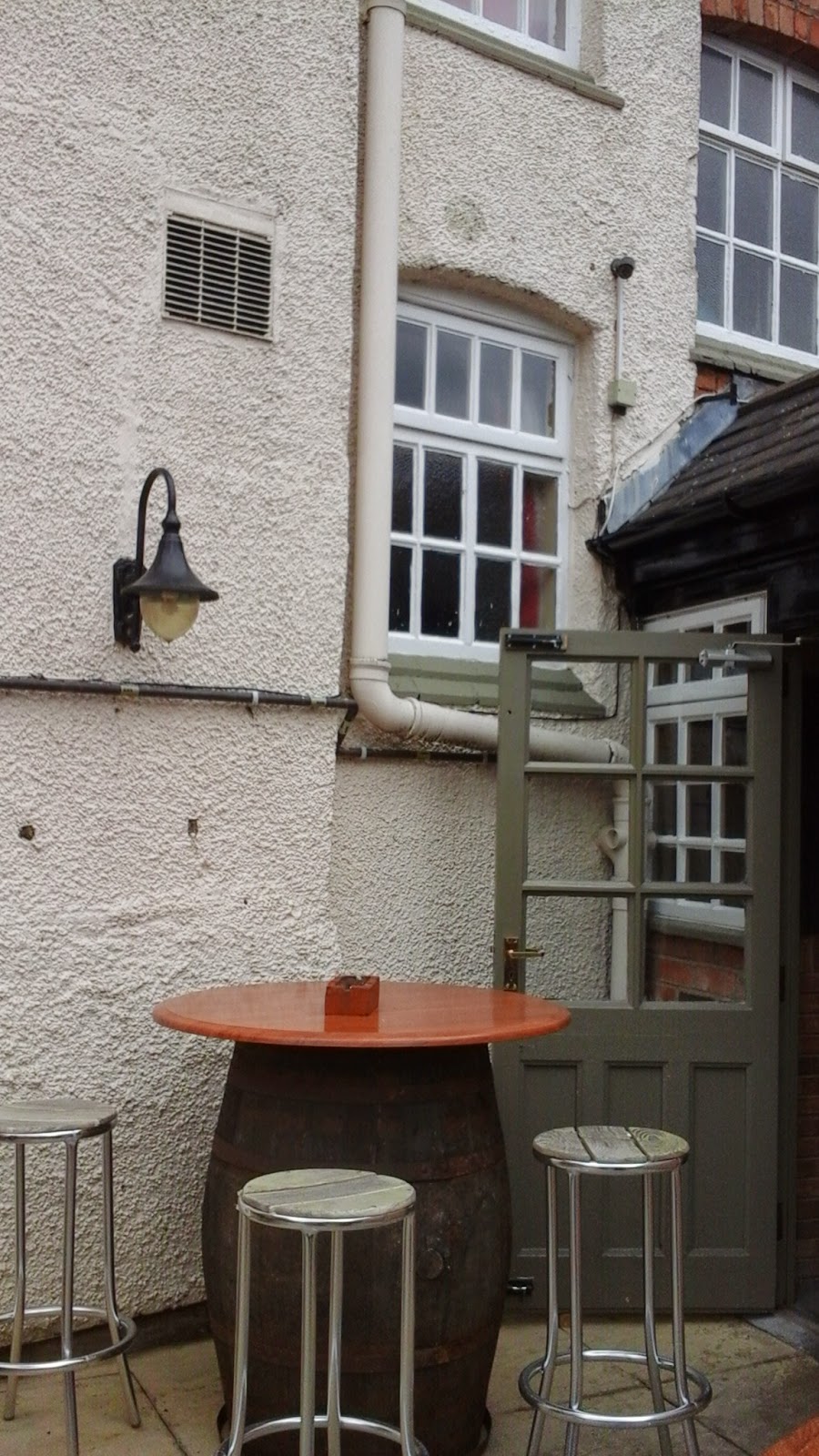 Wifi
The pub is on an open access Marston wifi connection which seems to reach the garden just fine. The signal is weak outside, but I didn’t have any particular issues with receiving tweets while I was out there.

British-Summer-Proof
You’re golden here. There is a massive awning which can be put out in inclement weather. The large poles which attach it are a bit of an eyesore on a sunny day, but I’m sure you’d be glad of it in case of a sudden downpour!

Furniture
Not a bad score here. The barrel tables seem pretty new and are in excellent conditions. The other stools and smaller chairs and tables are in good condition, but the wood is just a bit weathered – they could do with a coat of varnish or stain just to perk them up that little bit. Everything was fine and comfortable enough though.

Miscellaneous
There was what appeared to be a giant jenga set piled on the window sill by the backdoor. I think this tells us all we need to know.

We liked their brick ashtrays too, hadn’t seen anything like that before, so extra points for novelty.

Pub Dogs
No dogs! I was surprised, as there usually is at least one. But I have to go on my random visit and so sadly null points as no other animal crossed my sightline either.